Through the Fire is a 2005 documentary film. The film focuses on Sebastian Telfair as he goes through his senior year at Abraham Lincoln High School in New York City. Throughout the film, Sebastian is faced with the choice between college in Louisville or making the jump from high school to the NBA.

Sebastian Telfair is a retired American professional basketball player who last played for the Fujian Sturgeons of the Chinese Basketball Association (CBA). Telfair was the 13th overall pick in the 2004 NBA draft by the Portland Trail Blazers out of Abraham Lincoln High School. He had committed to the University of Louisville and head coach Rick Pitino during his senior year, but decided to turn professional instead. Telfair is the cousin of former NBA player Stephon Marbury.

Twelfth grade, senior year, or grade 12 is the final year of secondary school in most of North America. In other regions it is also equivalently referred to as class 12 or Year 13. In most countries students then graduate at age 18. Some countries have a thirteenth grade, while other countries do not have a 12th grade/year at all. Twelfth grade is typically the last year of high school; graduation year.

Abraham Lincoln High School is a public high school located at 2800 Ocean Parkway, in Brooklyn, New York, United States, under the jurisdiction of the New York City Department of Education. The school was built in 1929, and since graduated three Nobel Prize laureates, as well as many doctors, scientists, engineers, politicians, musicians, artists, and other notable alumni. The current principal is Ari A. Hoogenboom.

Since the age of nine, Sebastian Telfair has been a well known player on the basketball courts in his hometown of Brooklyn. Now entering his senior year of high school, Sebastian is determined to get his team, the Lincoln Railsplitters, to their third straight PSAL championship title. He is also faced with the decision to either attend The University of Louisville or make the jump from high school to the NBA in order to provide for his family and get them out of the projects of New York City. Telfair's environment also plays a big part in his life. He deals with a death and having the entire neighborhood depending on him to be next in the line of great New York point guards. 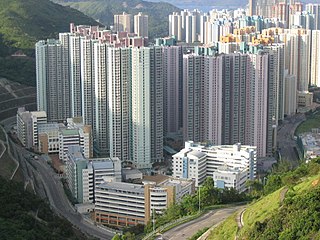 Public housing is a form of housing tenure in which the property is owned by a government authority, which may be central or local. 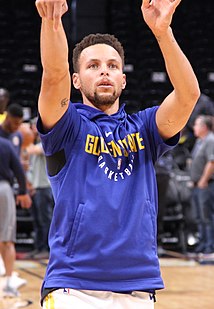 Hoop Dreams is a 1994 American documentary film directed by Steve James and produced by James, Frederick Marx, and Peter Gilbert, with Kartemquin Films. It follows the story of two African-American high school students in Chicago and their dream of becoming professional basketball players. 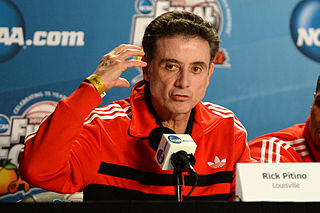 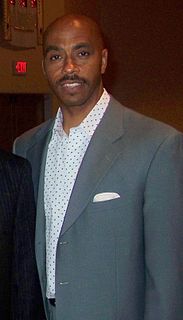 Darrell Steven Griffith, also known by his nickname Dr. Dunkenstein, is an American former basketball player who spent his entire professional career with the Utah Jazz of the National Basketball Association. 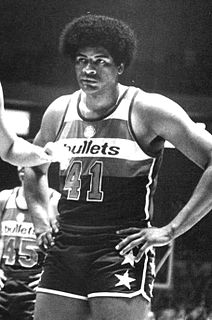 Westley Sissel Unseld is an American former basketball player. He spent his entire NBA career with the Baltimore/Capital/Washington Bullets, and was inducted into the Naismith Memorial Basketball Hall of Fame in 1988. 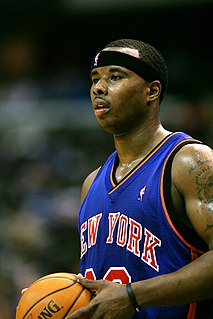 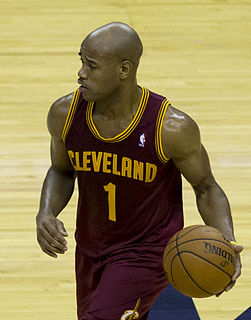 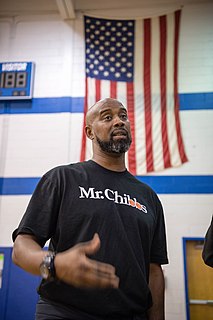 Kenneth Anderson is an American retired basketball player. After a college career at Georgia Tech, he played point guard professionally from 1991 to 2006, mostly in the National Basketball Association. 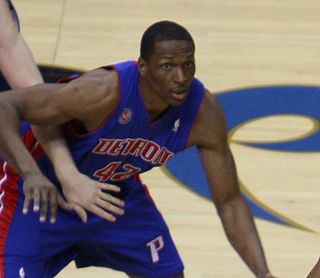 Theophalus Curtis Ratliff is an American retired professional basketball player who last played with the NBA's Los Angeles Lakers. Primarily a center, he was an excellent shot-blocker who had led the league three times in blocks per game. As of 2018, he is ranked 20th all-time in career blocks.

The NBA high school draftees are players who have been drafted to the National Basketball Association (NBA) straight out of high school without playing basketball at the collegiate level. The process of jumping directly from high school to the professional level is also known as going prep-to-pro. Since 2006, the practice of drafting high school players has been prohibited by the new collective bargaining agreement, which requires that players who entered the draft be 19 years of age and at least one year removed from high school. Contrary to popular belief, the player does not have to play at least a year in college basketball: the player can choose to instead play in another professional league like Brandon Jennings or Emmanuel Mudiay in Italy and China respectively; simply take the year off, as Mitchell Robinson and Darius Bazley did; or even hold themselves back a year in high school before declaring for the draft, like with Satnam Singh Bhamara or Thon Maker. 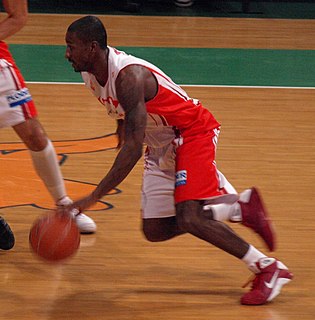 Taqwa Pinero is an American professional basketball player for Élan Béarnais Pau-Lacq-Orthez of the LNB Pro A.

Carlton Lamont "Scooter" McCray is a retired American professional basketball player. He had a career in the NBA from 1983 to 1987. He was selected large-school player of the year in 1978 by the New York State Sportswriters Association after his senior season at Mount Vernon High School. His younger brother Rodney, with whom he played alongside for the Cardinals at the University of Louisville, also played in the NBA.

Christopher Charles Lowe Jr. is an American professional basketball player who last played for Xion Dukes Klosterneuburg in Austria. He played college basketball at the University of Massachusetts. 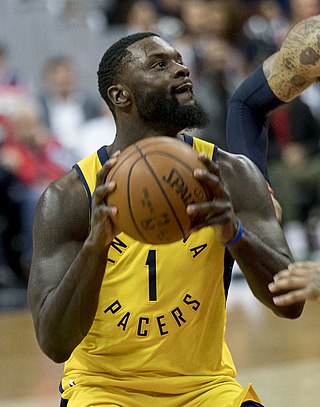 Lance Stephenson Jr. is an American professional basketball player for the Los Angeles Lakers of the National Basketball Association (NBA). He attended Lincoln High School in the Coney Island section of Brooklyn, where he was named Mr. New York Basketball after his senior year and appeared in the 2009 McDonald's All-American Game. He was drafted with the 40th overall pick in the 2010 NBA draft by the Indiana Pacers and played for the franchise until signing with the Charlotte Hornets in 2014. After three years splitting time with the Hornets, Los Angeles Clippers, Memphis Grizzlies, New Orleans Pelicans and Minnesota Timberwolves, Stephenson returned to the Pacers in 2017. In 2018, he joined the Lakers.

Nyan Boateng is a former American football wide receiver. He was signed by the New York Giants of the National Football League as a free agent in 2009. Boateng played college football for the University of Florida and was a member the 2006 BCS National Championship team. He later transferred to UC Berkeley. 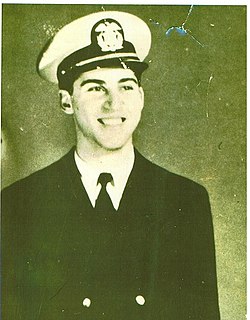 Jack Laub is a first-generation American retired professional basketball player and pharmaceutical executive best known as the only NCAA player to ever play six varsity years. He is a recipient of the French Legion of Honor for his military service in World War II, and an inductee to the National Jewish Sports Hall of Fame, the City College of New York Basketball Hall of Fame, the University of Cincinnati's James P. Kelly Athletics Hall of Fame and the Brooklyn Jewish Hall of Fame. He was also a pioneer in the development of generic drugs and is recognized for his commitment to reducing the cost of prescription drugs for consumers. 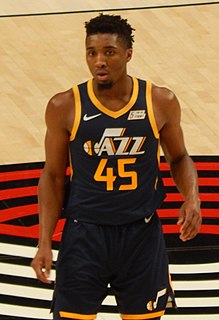 Donovan Vernell Mitchell Jr. is an American professional basketball player for the Utah Jazz of the National Basketball Association (NBA). He played college basketball for the Louisville Cardinals. He was selected by the Denver Nuggets with the 13th overall pick in the 2017 NBA draft and was later traded on draft night to the Utah Jazz. During his rookie season, Mitchell was named to the NBA All-Rookie First Team and won the 2018 Slam Dunk Contest.