Throw the Hypocritical Rascals Out (T.H.R.O.)

In 1990, Jack Gargan began to believe that the US economy and political system were failing. Incidents including congressional pay raises, the Keating Five Senate hearings, and the S&L Crisis drove Gargan to borrow $45,000 from his retirement savings to finance the first of many independent ads entitled "I'm mad as hell and I'm not going to take it anymore" (a reference to a famous quote from the 1976 political and mass media satire movie, Network ) newspaper advertisements denouncing the U.S. Congress for voting for legislative pay raises at a time when average wages nationwide were not increasing.

The original article, and subsequent articles sent to newspapers nationwide, drew widespread interest and T.H.R.O. ("Throw the Hypocritical Rascals Out") was formed. The 1991 congressional election was Gargan's target, and he urged citizens to vote all incumbent congressmen out of office and replace them with new blood. The movement was so widespread that Gargan was even named Time magazine's "Hero of the Week" on September 10, 1990. [1]

The election did not possess the sweeping change that Gargan had hoped. Only 17 incumbents were thrown out. Nevertheless, it was a much higher margin of change since the last election, in which only seven incumbents had lost. [2] Gargan also noted that there was a 12% cross-country differential spread compared to the spread of the previous election. It seemed that while incumbents were still very difficult to remove from office, the potential of this occurring was becoming greater. [3] By January 2, 1991, just 132 days after the first ad was published, Gargan managed to raise $750,000 in donations, many of which were under $10. By this time, he had also purchased 142 newspaper ads in 49 states. [4] Gargan also appeared on 250 radio talk shows, and was interviewed on Donahue , Larry King Live , Good Morning America , and CBS Morning News . [5]

Anti-incumbency is sentiment in favor of voting out incumbent politicians. It is sometimes referred to as a "throw the bums out" sentiment. Periods of anti-incumbent sentiment are typically characterized by wave elections. This sentiment can also lead to support for term limits.

The 2006 United States Senate election in Pennsylvania was held November 7, 2006. Incumbent Republican Rick Santorum ran for re-election to a third term, but was defeated by Democrat Bob Casey, Jr., the son of former Pennsylvania governor Bob Casey Sr. Casey was elected to serve between January 3, 2007 and January 3, 2013. Santorum trailed Casey in every public poll taken during the campaign. Casey's margin of victory was the largest ever for a Democratic Senate nominee in Pennsylvania, the largest margin of victory for a Senate challenger in the 2006 elections, and the largest general election margin of defeat for an incumbent U.S. Senator since 1980. Casey was the first Pennsylvania Democrat to win a full term in the Senate since Joseph S. Clark Jr. in 1962. 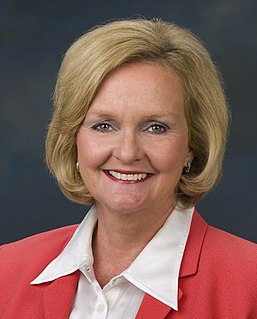 The 2006 United States Senate election in Missouri was held November 7, 2006, to decide who would serve as senator for Missouri between January 3, 2007, and January 3, 2013. The incumbent was Republican Jim Talent. Talent was elected in a special election in 2002 when he narrowly defeated incumbent Democrat Jean Carnahan. Carnahan had been appointed to the Senate seat following the posthumous election of her husband Mel Carnahan, who had died in a plane crash shortly before the 2000 election. Talent's Democratic opponent was Missouri State Auditor Claire McCaskill. Early on the morning of November 8, Talent conceded defeat to McCaskill, having faced considerable political headwinds. Talent lost the election with 47% of the vote, to 50% of the vote for McCaskill.

Keith Fitzgerald is a former Democratic member of the Florida House of Representatives, representing the 69th District for two terms from 2007 to 2010.

John Gargan was an American financial consultant who became the second chairman of the Reform Party started by Ross Perot. He was ousted from this position by a 109–31 vote in February 2000. He asked his supporters to boycott the illegally-called convention. He is also known for the creation of Throw the Hypocritical Rascals Out (T.H.R.O.), an organization whose platform was to vote out all incumbent members of congress and to set term limits on all members of Congress. He is considered the "father" of the American term limits movement. 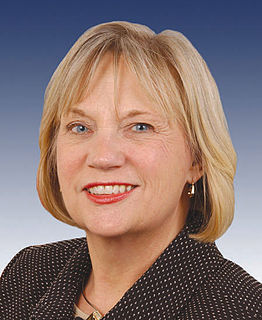 NOTE: This district's boundaries were changed in 2016. This map is not presently accurate. 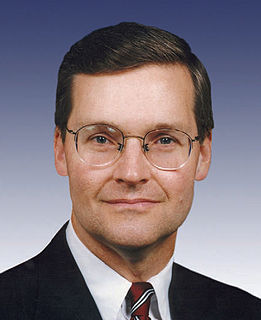 The California's 4th congressional district election, 2006 was an election for the United States House of Representatives. The two major party candidates were longtime incumbent John Doolittle (R) and challenger Charles Brown (D). Doolittle retained his seat with 104,307 votes (49%) compared to Brown with 97,022 votes (46%). Libertarian Dan Warren got 5% of the vote.

John Bradley Ashford is an American politician who served in the Nebraska Legislature and the United States House of Representatives from Nebraska's 2nd congressional district.

The 2006 congressional elections in Indiana were elections for Indiana's delegation to the United States House of Representatives, which occurred along with congressional elections nationwide on November 7, 2006. Indiana played a key role in helping Democrats sweep Congress, when three Republican incumbents were defeated:, giving the Democrats a majority of the delegation again. Republicans held a majority of Indiana's delegation, 7–2, before the elections.

The 2006 congressional elections in Illinois were held November 7, 2006 to determine who would represent the state of Illinois in the United States House of Representatives. 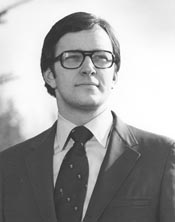 The 1992 United States Senate election in Oregon was held on November 3, 1992. Incumbent Republican U.S. Senator Bob Packwood won re-election to his fifth term. As of 2020, this is the last time a Republican won the Class 3 U.S. Senate seat in Oregon.

Amerish Babulal "Ami" Bera is an American physician and politician who has been the U.S. Representative for California's 7th congressional district since 2013. He is a member of the Democratic Party. Bera was re-elected in 2014, 2016, and 2018.