Thumbay Clinic is a network of family clinics across the UAE, owned by Thumbay Group. It is affiliated to the Gulf Medical University (GMU) in Ajman, UAE and provides training and research avenues to GMU students. [1] [2] 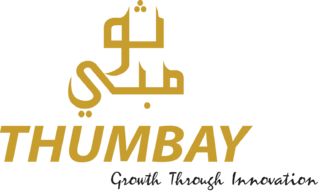 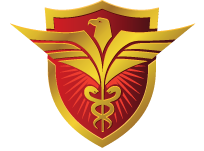 Thumbay Clinics are presently located at Ajman, Umm Al Quwain, Sharjah, Dubai, Fujairah and Ras Al Khaimah, [4] [5] [6] [7] and are part of the Thumbay Group's healthcare services which also include four hospitals located in Ajman, Sharjah, Fujairah and Dubai. Thumbay Clinics & Hospitals’ medical work force is drawn from 20 nationalities worldwide, speaking more than 50 languages, treating customers from more than 175 nationalities. [8] [9] Thumbay Clinics regularly hosts free medical camps in the UAE to reach out to the needy, as part of its Corporate Social Responsibility. [10]

NMC Health is a healthcare chain and distribution business in the United Arab Emirates (UAE). The company is headquartered in Abu Dhabi and has branch offices in Dubai, Ajman, Al Ain and Northern Emirates. NMC Health is listed on the London Stock Exchange and is a constituent of the FTSE 100 Index.

The first elections ever to be held in the United Arab Emirates took place on 16 December, 18 December and 20 December 2006. Half of the Federal National Council, which has forty members, were elected.

The Trucial Coast were a group of tribal confederations in the south-eastern Persian Gulf, previously known to the British as the "Pirate Coast", which were signatories to treaties with the British Government. These treaties established an informal protectorate by the United Kingdom, and the sheikhdoms, or emirates, were a British protectorate from 1820 until 1 December 1971, when the seven principal trucial sheikhdoms became independent. Six were to form the United Arab Emirates the next day; the seventh – Ras Al Khaimah – joined the Federation on 10 February 1972. 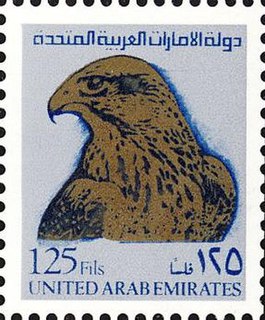 This is a survey of the postage stamps and postal history of the United Arab Emirates (UAE).

This is the current setup of the football league system in the UAE.

Thumbay Hospital is a network of academic hospitals based in the UAE, affiliated to Gulf Medical University (GMU), Ajman. Thumbay Hospitals are located in Dubai, Ajman, Sharjah and Fujairah, in addition to Hyderabad-India. The hospital chain is owned by Thumbay Group.

Dr. B Ahmed Hajee Mohiudeen is the Founder Chairman of B A Group, headquartered at Thumbay, Mangalore, Karnataka state, India. 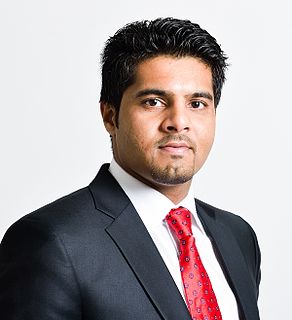 Zo & Mo is a UAE-born chain of optical shops owned and run by the Thumbay Group. 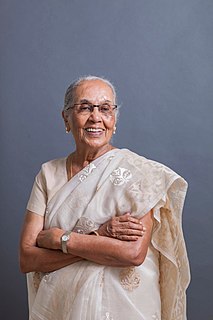 Zulekha Daud is the Founder and Chairperson of Zulekha Healthcare Group, including Zulekha Hospital UAE; Alexis Multispeciality Hospital, India and Zulekha Colleges, India. She set up Zulekha Hospitals in 1992 in UAE and in 2016 in India. Dr. Daud, hailing from Nagpur, Maharashtra in India, a renowned physician-turned-entrepreneur based in UAE received India’s top most honors for overseas Indians – the Pravasi Bhartiya Samman Award 2019. The award is conferred on individuals who have made significant contributions to philanthropic and charitable work and for prominence in one’s field which has enhanced India’s prestige in the country of residence. The award was presented to Dr. Daud by the Hon’ble President of India, Shri Ram Nath Kovind on 23 January 2019 at a ceremony held in Varanasi, India.

Parliamentary elections are expected be held in the United Arab Emirates in October 2019.