Thunder Island may refer to:

This disambiguation page lists articles associated with the title Thunder Island.
If an internal link led you here, you may wish to change the link to point directly to the intended article.

Shining, The Shining or Shinin may refer to:

Bang or bangs may refer to:

John Anthony Genzale, known professionally as Johnny Thunders, was an American guitarist, singer and songwriter. He came to prominence in the early 1970s as a member of the New York Dolls. He later played with the Heartbreakers and as a solo artist.

An ocean is a major body of salt water.

Jesus is the central figure of Christianity and a major figure of Islam.

Jo Jo Gunne was an American rock band, formed in Los Angeles, California, United States, in 1971 by Jay Ferguson and Mark Andes after they had left Spirit. The group's name is derived from "Jo Jo Gunne", a Chuck Berry song that peaked at number 83 as a single in November 1958.

John Arden "Jay" Ferguson is an American rock and pop musician, known for his work with the American rock bands Spirit and Jo Jo Gunne, and his 1978 solo hit "Thunder Island". His later career has been as a composer of music for television programs and films. Many people know Ferguson for composing the theme song for the American version of The Office on NBC.

In the Flesh may refer to:

Outcast or Outcasts may refer to:

Stranded may refer to:

Freak has several meanings: a person who is physically deformed or suffers from an extraordinary disease and condition, a genetic mutation in a plant or animal, etc.

Twins are two offspring produced in the same pregnancy. 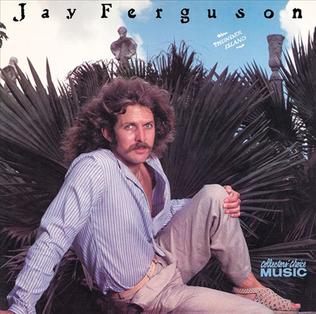 "Shakedown Cruise" is a song written and recorded by Jay Ferguson, from his album Real Life Ain't This Way. 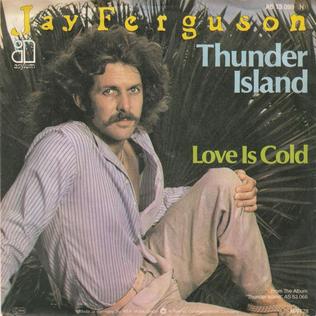 "Thunder Island" is the lead single off of the album Thunder Island by American musician Jay Ferguson. The song peaked at #9 on the US Billboard Hot 100 the week of April 1, 1978. The recording features Joe Walsh on guitar. In Canada, it reached #8.