Thunder Mountain Speedway was a 3/10 mile dirt track racing facility in East Texas located just north of Rusk, Texas, United States, on U.S. Route 69. Dubbed the "Potato Chip" for its unique shape, the track was a favorite of many drivers.[ citation needed ] The facility fell on hard times in its last few years of operation, and closed in 2006.

Dirt track racing is a type of auto racing performed on clay or dirt surfaced oval tracks. It started in the United States before World War I and became widespread during the 1920s and 1930s. Two different types of race cars dominated—open wheel racers in the Northeast and West and stock cars in the South. While open wheel race cars are purpose-built racing vehicles, stock cars can be either purpose-built race cars or street vehicles that have been modified to varying degrees.

Crosby is a census-designated place in Harris County, Texas, United States. The population was 2,299 at the 2010 census.

The Columbia Scientific Balloon Facility (CSBF) is a NASA facility responsible for providing launch, tracking and control, airspace coordination, telemetry and command systems, and recovery services for unmanned high-altitude balloons. Customers of the CSBF include NASA centers, universities, and scientific groups from all over the world. 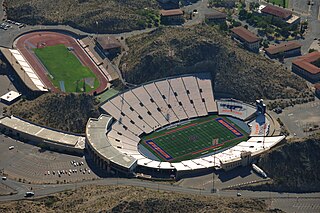 Kidd Field is an athletic facility used primarily by UTEP in El Paso, Texas. Constructed for its then-primary use as a football field in 1938, it was the site of the Sun Bowl until 1963 when Sun Bowl Stadium opened. Kidd Field is used for track and field meets today. Kidd Field cost $2,000 to build, and El Paso holds an annual Easter festival there. Built in the early 1930s, Kidd Field has been home to numerous All-Americans, national champions, national record-holders and Olympians. Named after UTEP professor and athletic booster John W. Kidd, the facility was shared with the UTEP football team until 1962, when the facility became sole home to the track and field team. The track features an eight-lane Mondo Track, the same surface used for the 2004 Athens Olympic Games. The track was made possible by generous donations from Wayne and Russ Vandenburg of EPT Management and Mark Fry. The track was dedicated in former Miner legend Larry K. Durham's name. His contribution gave Kidd Field a makeover in 2011, and it was dedicated in his name in April 2012. A state-of-the-art Daktronics video board was added in January 2008. The 9x15-foot LED video display plants fans right into the action on the track, providing graphics and video elements that display real-time highlights throughout a meet. The lit facility also houses throws and jumps arenas, making Kidd Field one of the top track-only complexes in the country.

KRVF is a country music formatted radio station licensed to Kerens, Texas. This rimshot station transmits on frequency 106.9 FM and is owned and operated by LKCM Radio Group.

Cherokee Casino Will Rogers Downs is a gaming facility and horse racing track located in Rogers County, near Tulsa, Oklahoma and just east of Justice). The track is owned and operated by the Cherokee Nation. 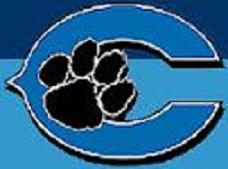 Clint High School is a public school in Clint, Texas,(United States). It is part of the Clint Independent School District. 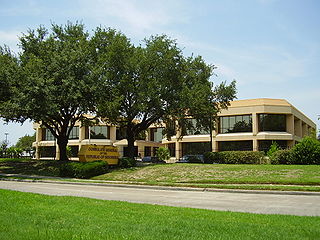 The Consulate-General of Indonesia in Houston is Indonesia's diplomatic facility in Houston, Texas, United States.

The Gilliam Indoor Track Stadium is the home of the Texas A&M Aggies men's and women's collegiate indoor track and field teams. Opened on January 24, 2009, the facility hosted the 2009 Big 12 Conference indoor track championships as well as the 2009 NCAA Division I indoor track national championships.

The Lee and Joe Jamail Skatepark is a public skatepark in Houston, Texas (USA). The $2.7 million project opened in June 2008. At over 40,000 square feet, it is one of the largest in Texas. It has two cradles, one of which is thought to be the largest in the United States, as well as a kidney pool, a large bowl with 12.5 ft (3.8 m) deep end and a street/flow area. The park was designed by Gridline Concrete Skatepark Design. The facility is free to the public. BMX bikes are not permitted. It is named after Texas billionaire lawyer Joe Jamail and his wife Lee. The Lee and Joe Jamail Skatepark is located at 103 Sabine Street Houston, TX 77007, on the Sabine Street bridge with a view of the Houston skyline.

Westwood High School is a public high school located in Palestine, Texas and classified as a 3A school by the UIL. It is part of the Westwood Independent School District located in west central Anderson County. The school is located on US Hwy 79 just west of the city of Palestine. In 2015, the school was rated "Met Standard" by the Texas Education Agency.

The Beauford H. Jester I Unit (J1) is a Texas Department of Criminal Justice substance abuse felony punishment facility (SAFPF) located in unincorporated Fort Bend County, Texas. The unit is situated at Harlem Road and Ken Drive, on about 940 acres (380 ha) of land, co-located with Carol Vance Unit, Jester III Unit, and Jester IV Unit which lie a little to its southeast. It is situated on the Jester State Prison Farm property. The current Warden is Monty Hudspeth, installed May 2012.

The Crockett State School was a Texas Youth Commission juvenile correctional facility in Crockett, Texas. The students at the state school had committed various crimes, including truancy, property crimes and crimes against persons. The Crockett State School, located on what was a 125-acre (51 ha) farm, is about 115 miles (185 km) north of Houston. 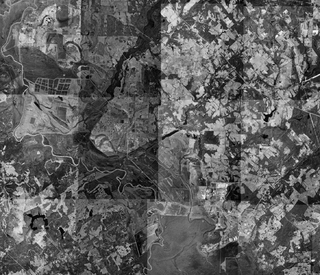 The Joe F. Gurney Transfer Facility or Joe F. Gurney Unit (ND) is a Texas Department of Criminal Justice men's Transfer Unit located in unincorporated Anderson County, Texas. The unit is along Farm to Market Road 2054, 4 miles (6.4 km) south of Tennessee Colony. The unit, on 20,518 acres (8,303 ha) of land, is co-located with the Beto, Coffield, Michael and Powledge prison.