Eyston and Thunderbolt held the record for almost a year, until Cobb took it again at a speed of 369.70 mph (594.97 km/h) on 23 August 1939. This was the last record attempt before the outbreak of the Second World War. Although Cobb returned after the war and further developed his car to exceed 400 mph (640 km/h), Thunderbolt never attempted the record again.

The leading Land Speed Record cars of the period had taken two approaches to obtaining power; using either the latest and most sophisticated aero-engines available or combining multiple engines. Thunderbolt used both techniques to produce an unprecedentedly powerful car. In its day, terms like "leviathan" and "behemoth" were commonly used to describe the 7-ton car, over twice the weight of its competitors.

The engines were a pair of Rolls-Royce R-type V-12 aero engines, as previously used singly in Malcolm Campbell's Blue Bird of 1933. In fact, one of Eyston's spare engines for the record attempts was on loan from Campbell. There were so few of these engines built (around 20) that many of them had illustrious careers over several different records. One of the Thunderbolt's had already powered the Schneider Trophy winner. Each engine was of 36.5 litres capacity, supercharged, and had an individual output power of 2,350 bhp (1,752 kW; 2,383 PS). Handling all this power through a single driven axle required great innovation in metallurgy and in manufacturing the geartrain, as well as water-cooling the completed transmission.

The chassis and bodyshell were built at the Bean works in Tipton. [2] There were three axles and eight tyres. The two leading axles steered and were of different track, so that each tyre ran on a clean surface rather than following a rut. The driven rear axle used twin tyres to reduce the load on them, a technique already used by Bluebird. Separate panels of polished silver Birmabright, a new aluminium alloy, clad the chassis. The body never had the aerodynamic refinement of the Railton Special and was distinctly blocky in appearance. At the rear was a large triangular tailfin, flanked by a pair of hydraulically activated air brakes. [3]

When first built there was a large eight-sided cooling air intake at the front, replaced by a smaller oval intake for the 1938 season. Another improvement for this second attempt was to paint a matt black arrow onto the side of the car. During the first attempts, the new photo-electric timing equipment had failed to detect the polished aluminium car body against the brilliant white salt. [4]

For the 1939 attempts, the streamlining was increased further. Cooling was now by a tank of melting ice rather than a radiator (as used first by Golden Arrow ). A rounded nose now filled the previous radiator air intake and the stabilising fin was removed, all leading to an appearance more like Cobb's Railton.

Thunderbolt was displayed in the British Pavilion at the New Zealand Centennial Exhibition in 1939-40, it also toured New Zealand during the Second World War, but is thought to have been destroyed by a fire in a Rongotai warehouse.

Another surviving engine can be seen in the Science Museum in London. 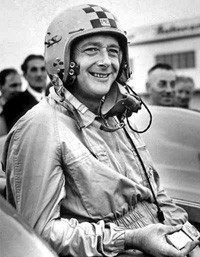 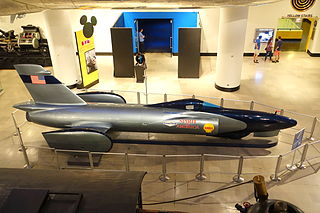 John Rhodes Cobb was an early to mid 20th Century English racing motorist. He was three times holder of the World Land Speed Record, in 1938, 1939 and 1947, set at Bonneville Speedway in Utah, US. He was awarded the Segrave Trophy in 1947. He was killed in 1952 whilst piloting a jet powered speedboat attempting to break the World Water Speed Record on Loch Ness water in Scotland.

The Railton Special, later rebuilt as the Railton Mobil Special, is a one-off motor vehicle designed by Reid Railton and built for John Cobb's successful attempts at the land speed record in 1938. 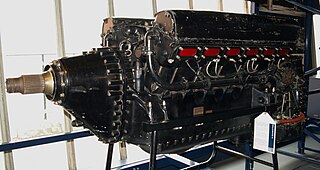 The Rolls-Royce R was a British aero engine designed and built specifically for air racing purposes by Rolls-Royce Limited. Nineteen R engines were assembled in a limited production run between 1929 and 1931. Developed from the Rolls-Royce Buzzard, it was a 37-litre capacity, supercharged V-12 capable of producing just under 2,800 horsepower (2,090 kW), and weighed 1,640 pounds (770 kg). Intensive factory testing revealed mechanical failures which were remedied by redesigning the components, greatly improving reliability. 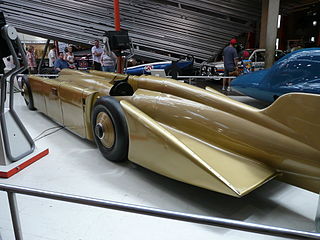 Golden Arrow was a land speed record racer built in Britain to regain the world land speed record from the USA. Henry Segrave drove the car at 231.45 mph (372.46 km/h) in March 1929 on Daytona Beach, exceeding the previous record by 24 mph.

David Abbott "Ab" Jenkins was the 24th mayor of Salt Lake City, Utah from 1940 to 1944 and was a professional race car driver. Jenkins' interest in motorsports began with racing motorcycles on dirt tracks and cross country. He then became interested in land speed records at the Bonneville Salt Flats. He was instrumental in establishing Bonneville as a location for such events, and in attracting overseas drivers such as George Eyston and Sir Malcolm Campbell to compete there. 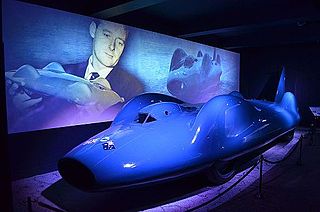 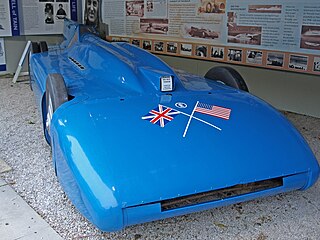 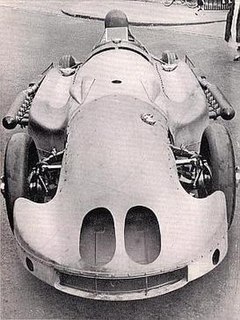 The Magic Midgets were a number of record-breaking 750cc "midget" MG cars of the 1930s. They were most notably, but not always, driven by George Eyston.

The Mormon Meteor I and III were two land speed record cars built in the 1930s by Ab Jenkins.