Thursday October Christian may refer to: 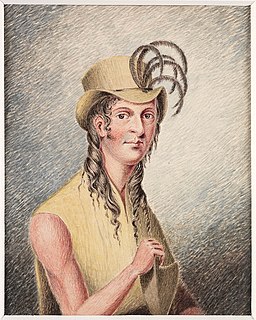 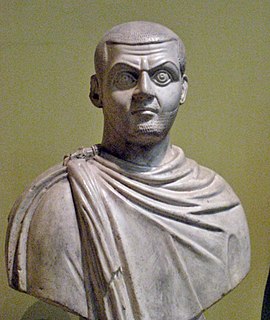 Year 313 (CCCXIII) was a common year starting on Thursday of the Julian calendar. At the time, it was known as the Year of the Consulship of Constantinus and Licinianus. The denomination 313 for this year has been used since the early medieval period, when the Anno Domini calendar era became the prevalent method in Europe for naming years. This year is notable for ending of the persecution of Christians in the Roman Empire.

Maundy Thursday is the Christian holy day falling on the Thursday before Easter. It commemorates the foot washing (Maundy) and Last Supper of Jesus Christ with the Apostles, as described in the canonical gospels. It is the fifth day of Holy Week, preceded by Holy Wednesday and followed by Good Friday. "Maun-" is from Old Norse, present of munu meaning shall or will; akin to Old English gemynd meaning mind.

The history of the Pitcairn Islands begins with the colonization of the islands by Polynesians in the 11th century. The Polynesians established a culture that flourished for four centuries and then vanished. Pitcairn was settled again in 1790 by a group of British mutineers on HMS Bounty and Tahitians. 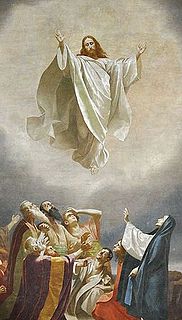 Thursday is a day of the week.

Ivan Roa Christian was a politician from Pitcairn. He was the Chief Magistrate of Pitcairn Island from 1976 to 1984. As his surname suggests, he is descended from the original mutineers who settled the island, led by Fletcher Christian. He is related to a number of other island leaders, including his father Richard Edgar Christian, his uncle Charles Richard Parkin Christian and his great-grandfather Thursday October Christian II. Through his marriage to Verna Young, he is the father of Steve Christian and Brenda Christian.

Edward Quintal was the first Magistrate of the British Overseas Territory of Pitcairn Island. Quintal was the son of Matthew Quintal, the Bounty Mutineer, and Teraura, the partner of Ned Young, and the future spouse of Thursday October Christian. The elder Quintal was killed by a hatchet the year before Edward was born.

Fletcher Christian served as magistrate of the British Overseas Territory of Pitcairn Island in 1842. Christian was the grandson of Fletcher Christian, the Bounty mutineer, through his son Charles Christian. He was the cousin of Thursday October Christian II. Like Thursday, Christian was of Polynesian descent from 3 of his grandparents. His mother was Sully, the daughter of Teio.

NTSF:SD:SUV:: is an American television comedy that parodies the police procedural and action film genres. The series starred Paul Scheer, June Diane Raphael, Brandon Johnson, Kate Mulgrew, Rebecca Romijn, Martin Starr, Karen Gillan, Rob Riggle, Peter Serafinowicz and Matt Bush. NTSF:SD:SUV:: aired three seasons on Adult Swim from July 22, 2011 to December 13, 2013. A number of special episodes were included within the broadcast of the series. In a 2014 interview, Scheer stated that the show is on an indefinite hiatus, with no immediate plans for a return. 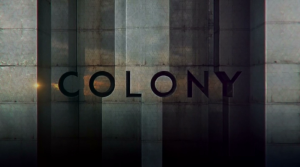 Colony is an American science fiction drama television series created by Carlton Cuse and Ryan J. Condal, starring Josh Holloway and Sarah Wayne Callies. A 10-episode first season premiered with an online preview release of the first episode on USA Network's website on December 15, 2015, following the launch of a game-like website to promote the show. The series had its broadcast premiere on USA Network on January 14, 2016. In April 2017, Colony was renewed for a third season which premiered on May 2, 2018. On July 21, 2018, USA announced they had cancelled the series after three seasons.

The Orville is an American science fiction comedy-drama series created by and starring Seth MacFarlane. The series premiered on Sunday, September 10, 2017. MacFarlane stars as Ed Mercer, an officer in the Planetary Union's line of exploratory space vessels. After his career takes a downturn following his divorce, he is given the ship Orville as his first command, only to discover that his ex-wife, Kelly Grayson, has been assigned as his first officer. Inspired by several sources, including Star Trek and The Twilight Zone, the series tells the story of Mercer, Grayson, and the crew of the Orville as they embark on various diplomatic and exploratory missions. 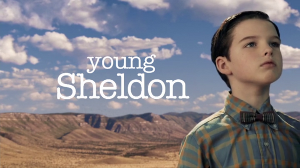 Young Sheldon is an American comedy television series on CBS created by Chuck Lorre and Steven Molaro. The series is a spin-off prequel to The Big Bang Theory and begins with the character Sheldon Cooper at the age of nine, living with his family in East Texas and going to high school. Iain Armitage stars as young Sheldon, alongside Zoe Perry, Lance Barber, Montana Jordan, Raegan Revord, and Annie Potts. Jim Parsons, who portrays the adult Sheldon Cooper on The Big Bang Theory, narrates the series and serves as an executive producer.