Thuvayal Thavam, an act of ritual washing of one's physique and clothes along with practice of self-abnegation and self-restraint, was a practice in the religion Ayyavazhi, following the rules and regulations of Thuvayal Thavasu, held during the mid-nineteenth century in Vakaippathi according to Akilathirattu Ammanai the source of Ayyavazhi mythology.

Ayyavazhi is a henotheistic belief that originated in South India. It is cited as an independent monistic religion by several newspapers, government reports, journals, and academic researchers. In Indian censuses, however, the majority of its followers declare themselves as Hindus. Therefore, Ayyavazhi is also considered a Hindu denomination. Officially / legally, it exist within Hinduism as a Hindu denomination.

Thuvayal Thavasu, literally washing penance, was a significant religious event that took place in the 19th century. It was also called as thuvayal panthi.. By the late thirties of the nineteenth century, when the religion of Ayyavazhi had come to exist with certain excitement and euphoria, a group of people, of different age groups and genders, undertook to perform this unique exercise as directed by Ayya Vaikundar.

Akilathirattu Ammanai, also called Thiru Edu, is the main religious text of the Tamil belief system Ayyavazhi. The title is often abbreviated to Akilam or Akilathirattu.

Lord Ayya Vaikundar, also known as tenth avatar or incarnation of Lord Vishnu, also called as Sriman Narayana Vaikundasamy or Narayana Pandaram, was a 19th-century social reformer and iconoclast who worked for the upliftment of downtrodden people in the Kingdom of Travancore. He is central to the Hindu denomination of Ayyavazhi, as per holy scripture. Akilattirattu Ammanai says that he was Lord Vishnu. In order to attain human form, Lord Vishnu used the body of previous avatar for the incarnation of Lord Ayya Vaikundar, kept in Parvatha Ucchi Malai after the completion of the Lord Krishna Avatar. In order to attain natural growth of the human body, Lord Vishnu used the soul of Sampooranathevan a deva also called Mudisoodum Perumal, he was granted moksha before the Lord Ayya Vaikundar Avathar in the sea.

Pathi is the name of the primary centres of congregational worship for the South Indian religious system of Ayyavazhi, having a relatively large structure like that of a temple. They are seven in number.

Mutta Pathi, is one of the Pancha pathi, which are the primary centers for worship of the Ayyavazhi. This is the third important pilgrim center of Ayyavazhi. This place earn the religious importance in Akilam from the event that, Ayya Vaikundar is given two Vinchais here by Narayana under the Sea; One just before the arrest of Vaikundar by Swathi Thirunal and the second after the completion of Thuvayal Thavasu.

The following outline is provided as an overview and topic guide to Ayyavazhi:

Ayyavazhi rituals are the religious practices prevalent among the followers of Ayyavazhi. Most of them are connected with Akilam and Arul Nool and a few, though not associated with the holy books, are practiced for over a century right from the beginning of Ayyavazhi. Some practices are unique for Pathis and some others are common for all worship centres. 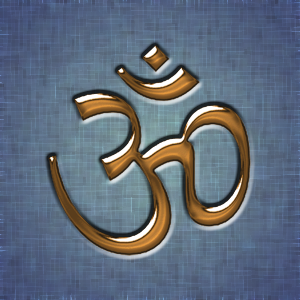 Ayyavazhi and Hinduism are two belief systems in India. Although Ayyavazhi continues to officially exist within Hinduism and is considered by some observers to be a Hindu denomination, members of the religion claim that it is independent. The most notable distinction between Hinduism and Ayyavazhi is their different approaches to the concepts of good, evil and dharma.

Anna Dharmam is a term used for an Ayyavazhi ritual that involves sharing food without inter-dining. Inter-dining refers to the act of dining within one's own caste, and excluding others. The practice of Anna Dharmam may have emerged in association with inter-dining.

Ayyavazhi, a belief system originating from South India, is mentioned in a number of reports by Christian missionaries in the 19th century. In some of these reports, it is claimed that Ayyavazhi is an anti-Christian religious phenomenon. The rapid growth of the London Missionary Society is heavily challenged by Ayyavazhi in Thiruvithancore, which is the most succeeded venue of LMS in India and revealed in certain reports.

Thirunamam represents the 'Sacred name of God'. The phrase Namam also represents the white clay found at the deeper layer of earth, which is used as the powder to wear a flame shaped mark. The Ayyavazhi people wore this Namam, starting from the central point between the eyebrows, going straight up near the top edge of the forehead.

Muthiri kinaru is the sacred well located in the north-western corner of Swamithoppe village. This is the famous theertha of the temple. It was located half a kilometer west from the main Pathi.

The Akilattirattu Ammanai the scripture of Ayyavazhi teaches Dharma on two different perspective. One in sociology as charity and truth and another under spirituality to attain the stage of Oneness, unified into Vaikundar. This state of ultimate oneness is called as Dharma Yukam or Dharma Pathi. Akilam also says that, Dharma is the only living wheel. The sociological way is asked to be followed by every one to attain the spiritual state of Dharma.

Shamanism is in practice in Ayyavazhi right from the period of Vaikundar. At present certain people who are considered to be posed by the divine power use to perform shamanism in many Ayyavazhi worship centers. Though a whole acceptance from the followers in not there for this practise, several followers accept this. They claim that this practise was based on quotes on scriptures such as "to convey certain messages to the ordinary folk." Some also believe that through the words of these possessed persons one could be able to know what God tells about him or herself or their activities.

This Thangal of Kadambankulam was the sixth among the Primary Nizhal Thangals. This Thangal was situated South to Valliyoor, 2 km southeast to Kalantha panai. This was the place where Thavam petral, the daughter of Dharma Citar was married to a man from here. Also, this was the native place of Thuvayal Pandaram, who were the participants of the Thuvayal Thavasu. Ayya also visited this place before his Six-year Tavam. Likewise this place gains so many importance from Ayyavazhi.

Swamithoppe Pathi is the primary pathi of the Ayyavazhi, the head of all Worship centers of Ayyavazhi, and the sacred venue of the Tavam. Religiously Swamithope is considered primary among the Pancha pathi and the primary centre of the incarnational activities of Vaikundar.