Thy Neighbor's Wife may refer to: 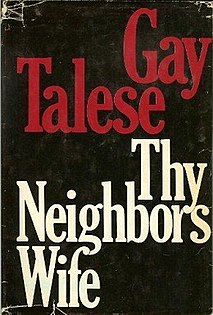 Thy Neighbor's Wife is a non-fiction book by Gay Talese, published in 1981 and updated in 2009.

J. Carrol Naish was an American actor. He appeared in about 200 films during the Golden Age of Hollywood. 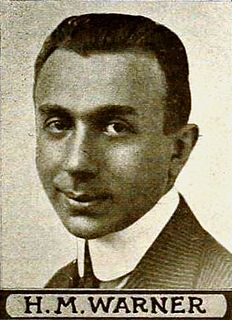 Harry Morris Warner was an American studio executive, one of the founders of Warner Bros., and a major contributor to the development of the film industry. Along with his three younger brothers Warner played a crucial role in the film business and played a key role in establishing Warner Bros. Pictures, Inc, serving as the company president until 1956.

"Love Thy Trophy" is the fifth episode of the second season of the animated series Family Guy, a holdover from season 1. It originally aired in the United States on Fox on March 14, 2000. In the episode, Peter and his neighbors create an award-winning float at a local parade. The trophy in question quickly becomes the neighbors' obsession, and they begin fighting when it disappears. Meanwhile, Meg acquires a Prada purse with money from her new job as a waitress. She has falsely claimed that she is a teen mom and that baby Stewie is her neglected son for increased tips, subsequently causing him to be removed from his family and placed in a foster home. The neighbors set aside their differences and recover Stewie, losing Meg's Prada purse in the process. The end of the episode reveals that Brian buried the trophy due to his natural urge to bury shiny things.

Love Thy Neighbor or Love Thy Neighbour refers to the Biblical phrase "thou shalt love thy neighbor as thyself" from the Book of Leviticus and the New Testament about the ethic of reciprocity known as the Golden Rule.

Neighbors is a 1981 American dark comedy based on the novel of the same name by Thomas Berger. It was released through Columbia Pictures, was directed by John G. Avildsen, and starred John Belushi, Dan Aykroyd, Cathy Moriarty, and Kathryn Walker. The film takes liberties with Berger's story, and features a more upbeat ending. The screenplay of the film is officially credited to Larry Gelbart, although it was extensively rewritten, to Gelbart's public disapproval. Released two and a half months before John Belushi's death, the film marks his last film performance. 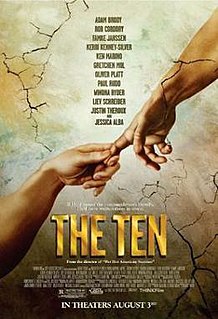 Zulay Henao is a Colombian-American film and television actress. She co-starred in a number of films such as Illegal Tender (2007), Fighting (2009), Takers (2010), Boy Wonder (2011), Hostel: Part III, The Single Moms Club (2014), True Memoirs of an International Assassin (2016). In 2014 she began starring as one of the lead characters in the Oprah Winfrey Network series, If Loving You Is Wrong.

Brotherly love in the biblical sense is an extension of the natural affection associated with near kin, toward the greater community of fellow believers, that goes beyond the mere duty in Leviticus 19:18 to "love thy neighbour as thyself", and shows itself as "unfeigned love" from a "pure heart", that extends an unconditional hand of friendship that loves when not loved back, that gives without getting, and that ever looks for what is best in others.

Mary Small was a prominent singing personality during the Golden Age of Radio and hosted her own broadcasts for 14 consecutive years across all major networks. She headlined or opened at "presentation houses" from the 1930s through the 1950s including the Paramount Theater, Madison Square Garden, the London Palladium, the Copacabana with Sammy Davis, Jr., and the Palace Theater in Chicago. In addition to being an established recording artist, she was a published author and performed on film, television and Broadway during her career. She was the first singer to be widely promoted as The Little Girl With The Big Voice, a moniker likely adopted by her first manager Ed Wolfe that was marketed in the Fleischer Brothers' Love Thy Neighbor, distributed by Paramount Pictures in 1934. The moniker "Little Girl With The Big Voice" was subsequently used to promote female singing prodigies from Judy Garland to Jackie Evancho. She was married for a time to the composer Vic Mizzy with whom she had a widely publicized divorce. Her life is the subject of a documentary by Rafael Moscatel. 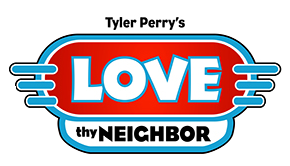 Patrice Lovely is an American actress, and comedian. She is best known for her role as Hattie Mae Love in the sitcom Love Thy Neighbor and the comedy films Boo! A Madea Halloween, Boo 2! A Madea Halloween, and A Madea Family Funeral, the latter of which was released on March 1, 2019.

Barnett Parker was a British actor.