Anápolis is a Brazilian municipality of the State of Goiás. It is located between two capitals, the federal capital Brasília and state capital Goiânia. It is the third most populous city in the state, with 361 991 inhabitants according to an estimate by the Brazilian Institute of Geographic and Statistics in 2012. It is an important industrial and logistics center in the Brazilian Central-West. Its GDP is R$ 10 billion, approximately US$4.4 billion, which makes it the second largest in the state. The city became an industrial power after the implementation of its Industrial District in 1970.

On 13 July 2009 Tiago signed a two-year deal with Iran Pro League side Persepolis, along with fellow Brazilian Wésley Brasilia. [1] He became a regular player at the end of the season and even scored the first goal in the final of Hazfi Cup.

Yahya Golmohammadi is an Iranian former footballer and coach who is currently head coach of Padideh. He is one of only eight Iranians to score in a World Cup. His position was usually the central defender. He was a member of Iranian national football team and played most of his career in Persepolis. He previously managed Saba Qom, Tarbiat Yazd, Nassaji Mazandaran, Persepolis, Naft Tehran, Zob Ahan and Tractor Sazi.

Hamid Reza Estili is an Iranian football coach and retired player. Estili was a member of Iran national football team and is mostly remembered for his memorable goal and goal celebration against USA at the 1998 FIFA World Cup. He was most recently the head coach of Malavan in Iran Pro League.

Mehrdad Oladi was an Iranian footballer who most recently played for Malavan in the Iran Pro League. He usually played in the striker position. 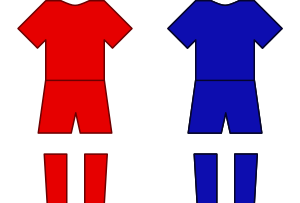 Farshad Pious is a retired Iranian football player who was a striker for a number of clubs in Iran, most notably Persepolis, as well as Iran national football team. He is regarded as one of the best players in the history of Iranian football. He helped Persepolis win their only ever Asian Cup Winners' Cup in 1991 and also led them to a runners-up finish the following year. Pious was named the Iranian Football League top scorer on seven occasions. He is also Persepolis' greatest ever scorer with 153 goals in 211 games.

Mohsen Bengar is an Iranian Football Defender who currently plays for Pars Jonoubi in the Persian Gulf Pro League.

Sepehr Heydari is a retired Iranian football defender. He has a bachelor of Mechanical engineering from Najaf Abad Azad University.

Mohammad Reza Khalatbari is an Iranian international football player who currently plays for Zob Ahan He can play as attacking midfielder, winger and forward.

Gostaresh Foulad Tabriz Football Club was an Iranian football club based in Tabriz, Iran. The club was founded in 2008. They were promoted to Persian Gulf Pro League in the 2012–13 season. The club was owned by Mohammad Reza Zonuzi, an Iranian businessman and economist and was one of the few privately owned clubs in Iran's premier league. In 2018, the club's ownership was moved to Amir Hossein Alagheband and the club moved to Urmia.

Kamaleddin Kamyabinia is an Iranian footballer who plays for Persepolis in the Persian Gulf Pro League.

The 2011–12 Persian Gulf Cup was the 29th season of Iran's Football League and 11th as Iran Pro League since its establishment in 2001. Sepahan were the defending champions. The season featured 15 teams from the 2010–11 Persian Gulf Cup and three new teams promoted from the 2010–11 Azadegan League: Damash as champions, Mes Sarcheshmeh and Fajr Sepasi. The league started on 2 August 2011 and ended on 11 May 2012. Sepahan won the Pro League title for the fourth time in their history.

Meysam Hosseini is an Iranian professional footballer who plays as a defender for Siah Jamegan in the Persian Gulf League. He usually plays as a Left Back.

The 2012–13 Hazfi Cup was the 26th season of the Iranian football knockout competition. Esteghlal was the defending champion, but was eliminated by Sepahan in semi-final. The competition started on 13 December 2012 and was ended on 5 May 2013. Sepahan won the title after defeating Persepolis in final.

The 2013 Hazfi Cup Final was the 26th final since 1975. The match was the Iran's El-classico between Persepolis and Sepahan. This was the clubs' second meeting in the final where Sepahan won 4–2 over Persepolis in the penalties in 2006. The match was also the last match of Persepolis captain Mehdi Mahdavikia, a former Iran national football team and Hamburg SV midfielder. Sepahan won Persepolis for another time in penalties and crowned their 4th domestic cup title. Sepahan was qualified for the group stage of the 2014 AFC Champions League.

Mohammad Ghazi is an Iranian footballer who plays as a striker for Paykan in the Persian Gulf Pro League.

The 2005–06 season was the Persepolis's 5th season in the Pro League, and their 23rd consecutive season in the top division of Iranian Football. They were also be competing in the Hazfi Cup. Persepolis was captained by Behrouz Rahbarifar.