The Tibet Interest Group (TIG) is a cross-party interest group within the European Parliament in Brussels (BE). It supports the way of the Dalai Lama.

President of the Tibet Interest Group is the Member of the European Parliament Thomas Mann. Currently, 56 other MEPs are members of the TIG. 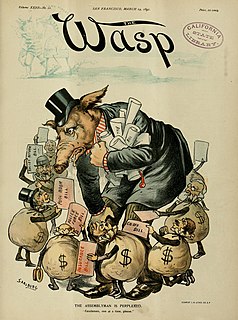 Lobbying, persuasion, or interest representation is the act of lawfully bribing or attempting to influence the actions, policies, or decisions of officials, most often legislators or members of regulatory agencies. Lobbying, which usually involves direct, face-to-face contact, is done by many types of people, associations and organized groups, including individuals in the private sector, corporations, fellow legislators or government officials, or advocacy groups. Lobbyists may be among a legislator's constituencies, meaning a voter or bloc of voters within their electoral district; they may engage in lobbying as a business. Professional lobbyists are people whose business is trying to influence legislation, regulation, or other government decisions, actions, or policies on behalf of a group or individual who hires them. Individuals and nonprofit organizations can also lobby as an act of volunteering or as a small part of their normal job. Governments often define and regulate organized group lobbying that has become influential. 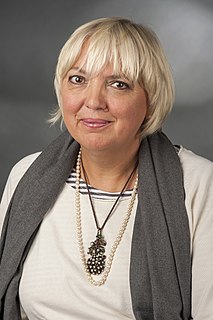 Claudia Benedikta Roth is a German Green Party politician. She was one of the two party chairs from 2004 to 2013 and currently serves as one of the vice presidents of the Bundestag. 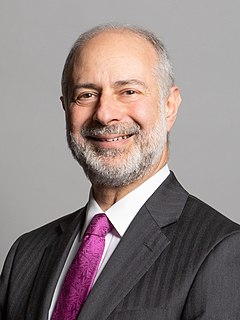 Fabian Uziell-Hamilton is a British Labour Party politician who has been the Member of Parliament (MP) for Leeds North East since 1997. He was appointed Shadow Minister for Peace and Disarmament in November 2016. 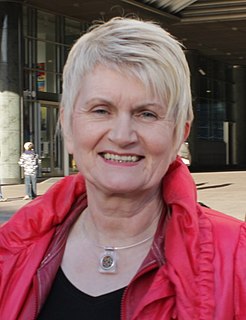 Marian Harkin is an Irish Independent politician who has been a Teachta Dála (TD) for the Sligo–Leitrim constituency since the 2020 general election, and previously from 2002 to 2007. She previously served as a Member of the European Parliament (MEP) from 2004 to 2019. She was re-elected to the Sligo-Leitrim constituency in February 2020 . 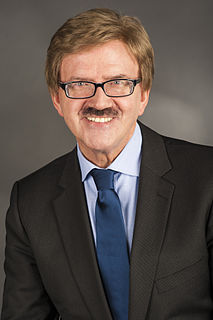 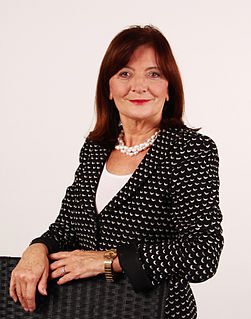 Patrizia Toia is an Italian politician and member of the European Parliament for North-West with Democratic Party, part of the group of the Progressive Alliance of Socialists and Democrats. 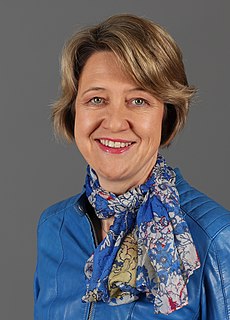 Anja Weisgerber is a German lawyer and politician. She currently is a member of the German Bundestag for the Christian Social Union in Bavaria (CSU), part of the European People's Party (EPP). She previously served as a Member of the European Parliament (MEP) for Bavaria. In addition to her political work, she serves as of counsel at the Frankfurt office of German law firm GSK Stockmann & Kollegen.

Lidia Joanna Geringer de Oedenberg is a Polish politician and Member of the European Parliament for the DS & OP with the Democratic Left Alliance-Labor Union, part of the Socialist Group. Her family name is Ulatowska, which she has changed after marriage with her husband.

The majority of major local or national political parties in Europe have aligned themselves into one of the pan-European political organizations.

The Society for Applied Anthropology (SfAA) is a US-based professional association for applied anthropology, established "to promote the integration of anthropological perspectives and methods in solving human problems throughout the world; to advocate for fair and just public policy based upon sound research; to promote public recognition of anthropology as a profession; and to support the continuing professionalization of the field." Members include academic as well as practicing and applied anthropologists. The Society publishes two journals: Human Organization and Practicing Anthropology. The SfAA was founded in 1941 and has maintained its status as an important resource for practicing and academic anthropologists alike. 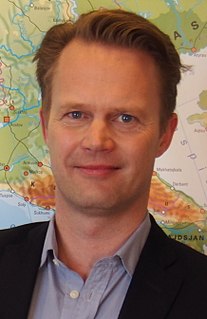 The European Teacher Education Network (ETEN) was founded in 1988 by a group of teacher-educators who found it imperative to promote cooperation and international collaboration in research and development by exchanging students and staff. The overall aim was providing opportunities for professional development, research and publication, and promoting knowledge and understanding of the history, culture, values and traditions of the member countries.

Intergroups are formed of Members of the European Parliament from any political group and any committee, with a view to holding informal exchanges of views on particular subjects and promoting contact between Members and civil society.

Tiemo Wölken is a German lawyer and politician who has been a Member of the European Parliament (MEP) since 14 November 2016. He is a member of the Social Democratic Party, part of the Party of European Socialists.

The Independent Group for Change, also known as Change UK, was a centrist, pro-European Union political party, founded in February 2019 and dissolved ten months later, shortly after all its MPs lost their seats in the 2019 general election. Its principal policy was support for a second referendum on European Union membership, in which it would campaign to remain in the EU. On economic issues it expressed a commitment to the social market economy. It was led at its dissolution by the former Conservative Party MP Anna Soubry.

The Future Britain Group is a group of over 150 Labour parliamentarians set up in March 2019 by then-Deputy Leader of the Labour Party, Tom Watson, comprising those on the centre, centre-left and soft left of the party. The first meeting of the grouping is believed to have been attended by almost a third of Labour MPs. Its convener is MP Darren Jones.