Tickell is a surname. Notable people with the surname include:

Clinton is an English toponymic surname, indicating one's ancestors came from English places called Glympton or Glinton. Clinton has frequently been used as a given name since the late 19th century. Baron Clinton is a title of peerage in England, originally created in 1298.

Paul Smith or Paul Smith's may refer to: 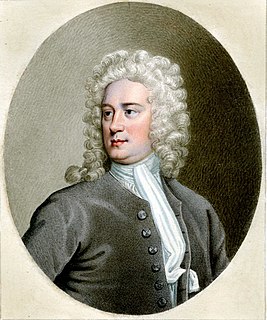 Thomas Tickell was a minor English poet and man of letters.

Sir Crispin Tickell is a British diplomat, environmentalist and academic.

Colmán or Colman is both a given name and a surname. Notable people with the name include:

Webbe is a surname, and may refer to:

Lyons is a surname with several origins. It is the name of a noble Anglo-Norman family that originated in district of the Forest of Lyons, north of the town of Lyons-la-Forêt in Haute Normandie, where the family seat was the Castle of Lyons. The original surname was "de Lyons" : subsequently, the "de" was removed from the name, and some branches removed the "s" from the end of the word, producing "Lyon". The English progenitors of this family were Ingelram de Lyons, Lord of Lyons, who arrived in England with the Norman Conquest, and his relation, Nicholas de Lyons, who emigrated from Normandy to England in 1080 and was granted lands at Warkworth, Northamptonshire by William of Normandy. Descendants of this family emigrated to Scotland, during the 14th-century, to Ireland, during the 15th-century, to Antigua, during the 16th-century, and to New York, during the 17th century.

Cockersand Abbey is a former abbey and former civil parish near Cockerham in the City of Lancaster district of Lancashire, England. It is situated near the mouth of the River Cocker. It was founded before 1184 as the Hospital of St Mary on the marsh belonging to Leicester Abbey. It was refounded by the Cambro-Norman magnate, Theobald Walter, 1st Baron Butler, as a Premonstratensian priory in 1190. It was subsequently elevated to an abbey in 1192. It also continued as a hospital. The Abbey was originally located in marsh land which was later drained, becoming known as St. Mary's of the Marsh.

Sutton, originally de Sutton, is an English toponymic surname. One origin is from Anglo-Saxon where it is derived from sudh, suth, or suð, and tun referring to the generic placename "southern farm". Note that almost every county in England contains one or more placenames bearing the prefix "Sutton". The Domesday Book (1086) contains the first recorded spelling of the surname as "Ketel de Sudtone"; "Suttuna" also appeared in 1086 in records from Ely, Cambridgeshire. In 1379 tax records, the surname appears as "de Sutton". One source refers to the origin as being Anglo-Norman, with the name itself derived as described above, from Anglo-Saxon terms.

Munro is a Scottish and Irish surname. In both languages, it means "man from the River Roe" in County Londonderry, Northern Ireland. The surname is common in Ross-shire and other areas of northern Scotland; it also spread to Canada via emigration.

Sacks is a German surname meaning "man from Saxony" and may refer to:

Farish may refer to:

Jenkinson is a surname. Notable people with the surname include:

George is a masculine given name, of English and Romanian origin, derived from the Greek Geōrgios. The name gained popularity due to its association with the Christian martyr, Saint George, a member of the Praetorian Guard who was sentenced to death for his refusal to renounce Christianity, and prior to that, it might have been a theophoric name, with origins in Zeus Georgos, an early title of the Greek god Zeus. Today, it is one of the most commonly used names in the Western world, though its religious significance has waned among modern populations. Its diminutives are Geordie and Georgie, with first limited primarily to residents of England and Scotland, and its feminine forms, used in the Anglosphere, are Georgeanna, Georgeanne, Georgene, Georgia, Georgiana, and Georgina.

Tomlin is a surname, and may refer to:

Greaney is a surname of Irish origin. Notable people with the name include:

Pounder is a surname, and may refer to:

Coward is a surname. Notable people with the surname include:

Ant is an English nickname abbreviated from the given name Anthony/Antony in use throughout North America, Guyana and English speaking countries in Europe, Africa, Asia and Oceania. It is also a stage name, given name and a surname.