Ties That Bind is a Canadian-American drama series that premiered on the UP network on August 12, 2015. [1] The first season consisted of 10 episodes. [2] It was cancelled after the first season. [3] In the UK it was screened as "Detective McLean".

The series stars Kelli Williams as experienced police officer Allison McLean who balances life with her job, husband Matt (Jonathan Scarfe), and teenager children Jeff (Mitchell Kummen) and Rachel (Natasha Calis). Allison's life changes when her brother Tim (Luke Perry) is arrested and sent to prison. She takes in his teenage children—her niece and nephew Cameron (Rhys Matthew Bond) and Mariah (Matreya Scarrwener). Allison and her family must adjust to their new situation and band together.

Flipping Out is an American reality television series that debuted on Bravo on July 31, 2007, and ended on November 20, 2018. The show is centered on designer Jeff Lewis in Los Angeles, California, his project manager Jenni, his housekeeper Zoila, his business manager and boyfriend Gage, and his other assistant(s) and helper(s). In 2014, Flipping Out was nominated for an Emmy award in the Outstanding Unstructured Reality Program category.

Restaurant: Impossible is an American reality television series, featuring chef and restaurateur Robert Irvine, that originally aired on Food Network from 2011 to 2016. After a three-year hiatus, the show returned on April 20, 2019. The premise of the series is that within two days and on a materials budget of $10,000, Irvine renovates a failing American restaurant with the goal of helping to restore it to profitability and prominence. Irvine is assisted by an HGTV designer, along with general contractor Tom Bury, who sometimes does double duty as both general contractor and designer. After assessing the problems with the restaurant, Irvine typically creates a plan for the new decor, oversees the refurbishment of the restaurant, calculates profitable food costs, reduces the number of items on the menu and improves the quality of the entrees, develops a promotional activity, educates or resolves conflicts for the restaurant's owners, or trains the staff, as needed for each restaurant. On January 4, 2021, the show planned to move to Discovery+, with new episodes airing every Thursday. The move to the streaming platform was reversed in March 2021 due to negative viewer feedback, and now episodes will continue to premiere on Food Network for the near future. 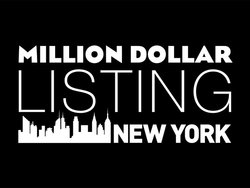 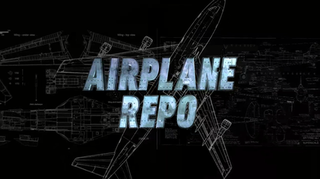 Airplane Repo is an American documentary-style fiction show following repossession agents hired by financial institutions to recover aircraft and occasionally other high-value assets from owners who have fallen behind on their payments. 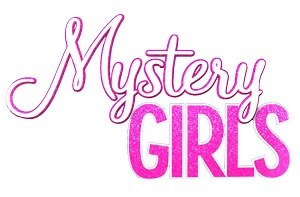 Dating Naked is an American reality dating game show shown on VH1, which debuted in July 2014. Amy Paffrath served as the host for the first two seasons and was clothed in her appearances. The first season was filmed on an island in Panama. The second season, re-titled Dating Naked: Playing for Keeps and filmed in the Philippines, premiered on July 22, 2015 and concluded on September 16, 2015.

Expedition Unknown is an American reality television series produced by Ping Pong Productions, that follows explorer and television presenter Josh Gates as he investigates mysteries and legends. The series premiered on January 8, 2015 and originally aired on Travel Channel before moving to Discovery Channel in 2018.

Job or No Job is an American reality television series that premiered on ABC Family on August 5, 2015. The show moved to Thursdays at 3pm/2c after two low-rated episodes.

Startup U is an American reality television series that premiered on August 11, 2015 on Freeform. The show is about students in an entrepreneur mentoring program in Silicon Valley.

Blue Collar Millionaires is an American television docu-series which airs on CNBC. The series follows different Americans with blue collar occupations who have become millionaires. The eight part half-hour series was commissioned by CNBC in January 2015 and is produced by 495 Productions.

WAGS, also known as WAGS LA, is a 2015-2017 American reality documentary television series that ran for three seasons on the E! television network. The reality show chronicles both the professional and personal lives of several WAGs. 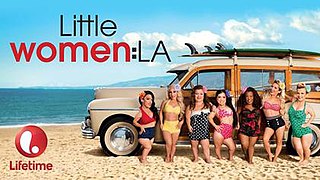 Little Women: LA is an American reality television series that debuted on May 27, 2014, on Lifetime. The series chronicles the lives of a group of women with dwarfism living in Los Angeles. It deals with the drama and friendships therein as well as the women's relationships. 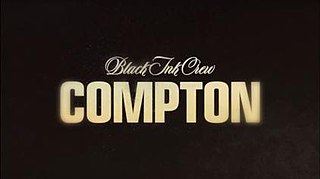 Black Ink Crew: Compton is an American reality television series that premiered on VH1 on August 14, 2019. It is the Compton-based spin-off of Black Ink Crew. It chronicles the daily operations and staff drama at an African American owned and operated tattoo shop, IAM Compton, located in Compton, California.

The Bradshaw Bunch is an American reality television program on E! featuring four-time NFL Super Bowl champion quarterback Terry Bradshaw and his family. The series premiered on September 17, 2020. It was filmed at Bradshaw's ranch in Thackerville, Oklahoma.