Tiff or TIFF may refer to:

Mod, MOD or mods may refer to:

A hurricane, also called a tropical cyclone, is a rapidly rotating storm system.

A zoo is a place where all animals are exhibited.

TIF or Tagged Image File Format is a file format for storing images.

The Tromsø International Film Festival (TIFF) is an annual film festival held during the third week of January in Tromsø, Norway.

Sturla Gunnarsson is an Icelandic-Canadian film and television director and producer. 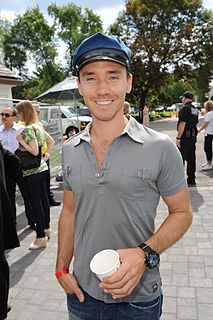 Rob Stewart was a Canadian photographer, filmmaker and conservationist. He was best known for making and directing the documentary films Sharkwater and Revolution. He died at the age of 37 in a scuba diving incident while in Florida filming Sharkwater Extinction.

TIFF Bell Lightbox is a cultural centre in Toronto, Ontario, Canada, located in the first five floors of the Bell Lightbox and Festival Tower on the north west corner of King Street and John Street. It is the headquarters for the Toronto International Film Festival.

J.A.C.E. is a 2011 Greek drama film directed by Menelaos Karamaghiolis. It was screened in the City To City section at the 2013 Toronto International Film Festival. 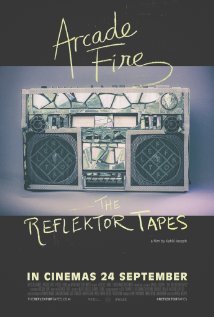 The Reflektor Tapes is a 2015 British documentary film directed by Kahlil Joseph about the making of the album Reflektor by the Canadian band Arcade Fire. It was shown in the TIFF Docs section of the 2015 Toronto International Film Festival.

Jeff Barnaby is a Canadian director, writer, composer and film editor. He is best known for his feature films Rhymes for Young Ghouls and Blood Quantum.

The Film Reference Library (FRL) is Canada’s film research collection located on the 4th floor of TIFF Bell Lightbox, a cultural centre in Toronto, Ontario, Canada. The library is a free resource for students, filmmakers, scholars, and journalists. The library is affiliated to International Federation of Film Archives (FIAF), to promote Canadian and global film scholarship by collecting, preserving, and providing access to a comprehensive collection of film prints, and film-related reference resources including books, periodicals, scripts, research files, movies, press kits. 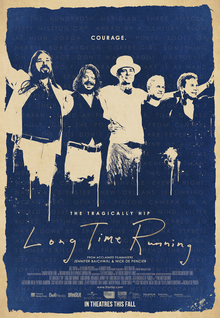 Canada's Top Ten is an annual honour, compiled and released by the Toronto International Film Festival to identify and promote the year's best Canadian films. The list was first introduced in 2001 as an initiative to help publicize Canadian films.