Tiffanie is a feminine given name. Notable people with the name include: 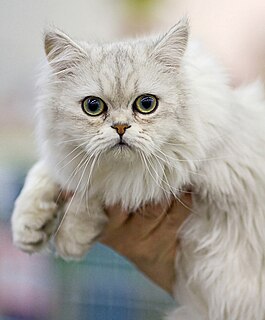 The Asian Semi-Longhair is a cat breed similar to the Asian Shorthair except it has semi-long fur. The breed is also known by the name Tiffanie. It is recognized in any of the Asian Shorthair or Burmese colors and patterns. Like the Asian Shorthair, the breed was developed in Asia and is not currently recognized by any U.S. Registries. It has full recognition in the GCCF. It is related to, and in some registries distinct from, the Chantilly-Tiffany or Foreign Longhair, the North American variant.

Tiffanie may refer to:

DeBartolo is a surname. Notable people with the surname include:

Tiffanie DeBartolo is an American novelist, filmmaker, co-founder of the independent record label Bright Antenna, and co-founder of The ShineMaker Foundation. Tiffanie has written three novels: God-Shaped Hole,How To Kill a Rock Star, and SORROW. She wrote and directed the film Dream for an Insomniac, featuring Ione Skye and Jennifer Aniston, released in 1996. She also penned the text to the graphic novel GRACE: The Jeff Buckley Story, which was released in April 2019.

Carlie is an English feminine given name and nickname that is a feminine form of Carl and an alternate form of Carla. Notable people referred to by this name include the following:

Pussycat Dolls Present: Girlicious was the second and final season of Pussycat Dolls Present that premiered on February 18, 2008 on The CW, and aired for a total of eight weeks. It was a joint venture between Ken Mok's 10x10 Entertainment, Pussycat LLC, Interscope A&M Records, Wonderland Sound and Vision, and Warner Horizon Television. 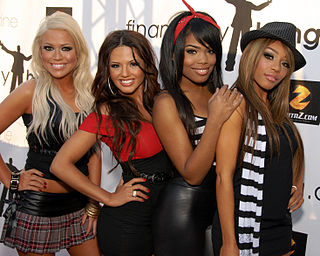 There Are No Children Here: The Story of Two Boys Growing Up in the Other America is a 1992 biography by Alex Kotlowitz that describes the experiences of two brothers growing up in Chicago's Henry Horner Homes. It won the Carl Sandburg award. 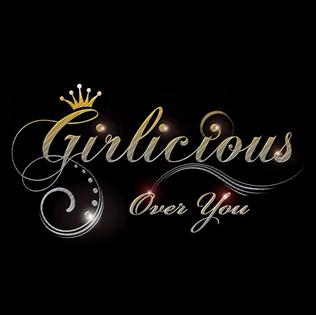 "Over You" is a song by American girl-group Girlicious, from their second album, Rebuilt. It was written by August Rigo. It officially impacted Canadian radio on December 25, 2009. It was digitally released to iTunes Canada on January 5, 2010. "Over You" is also the first official single not to feature former member Tiffanie Anderson who parted back in 2009 citing personal differences between the girls. The song was later scrapped as a single to be replaced by "Maniac".

Trae is a given name. Notable people with the name include:

Rhianna is a Welsh feminine name and a variation of the name Rhiannon. Notable people with the name include:

Antwon is an African-American English given name associated with Antoine and Anthony in use in the United States. Notable people with this name include the following people.

Tonio is an Italian and Spanish given name and nickname in use in Italy, Spain, parts of the United States, Mexico, Cuba, Dominican Republic, Guatemala, Honduras, El Salvador, Nicaragua, Costa Rica, Western Panama, Colombia, Venezuela, Peru, Ecuador, Bolivia, Chile, Paraguay, Argentina, Uruguay, and the Falkland Islands. As a given name it is a diminutive form of Antonio. Notable people with the name include the following:

Antuan is an African-American English given name associated with Antoine and Anthony. Notable people with this name include the following people.

Antwaun is an African-American English given name associated with Antoine and Anthony in use in the United States. Notable people with this name include the following people.

Carlon is a given name and surname. Notable people referred to by this name include the following: