Tigersushi Records is an independent record label based in Paris, France. They have released music by MU, Ivan Smagghe, Poni Hoax, Pierre Bastien, DyE, The Faulty Shotgun, John Tejada, among others.

Ivan Smagghe is a French DJ and producer. He was originally known as Ivan Rough Trade, after his job in the Rough Trade record store in Paris. His musical style has been described as electro house and "minimal electro." Smagghe's Death Disco compilation was a key release in the electroclash genre. He formed Black Strobe in 1997 with Arnaud Rebotini, but left in 2006. Black Strobe describe their dark electronic sound as "frozen balearic gay biker house". Smagghe is also a member of the Volga Select project, with Marc Collin.

Motown Records is an American record label owned by Universal Music Group. It was originally founded by Berry Gordy Jr. as Tamla Records on January 12, 1959, and was incorporated as Motown Record Corporation on April 14, 1960. Its name, a portmanteau of motor and town, has become a nickname for Detroit, where the label was originally headquartered.

Fabric 23 is a DJ mix compilation album by Ivan Smagghe, as part of the Fabric Mix Series.

Cold wave was a music movement that emerged in France and Belgium in the late 1970s. Characterized by its irreverent, detached tone and minimal use of electronic instruments, the scene came as a result of punk bands who acquired affordable portable synthesizers such as the Korg MS-20.

Optimo Espacio was a weekly Sunday-night club based in Glasgow, Scotland at the Sub Club on Jamaica Street, as well as a collective moniker for the night's resident DJ duo. Having run every week since it was founded in 1997, on Thursday 11 March 2010, it was announced on the official Facebook page that the weekly nights would come to an end on Sunday 25 April 2010. However, JD Twitch and JG Wilkes would continue to tour, promote and release music as Optimo. 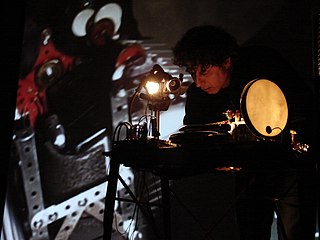 400 Blows were a British industrial/post punk band founded in 1981.

Principles of Geometry is an electronic music band from Lille, France, which consists of Guillaume Grosso and Jeremy Duval.

Fabric 52 is a 2010 album by JD Twitch and Jonnie Wilkes under their night club's name, Optimo (Espacio). The album was released as part of the Fabric Mix Series.

Cédric Marszewski, also known as Pilooski, is a French DJ. After touring numerous places and producing in diverse styles of music ranging from D'N'B (Vendome.rec) to the Hip & the Hop Pilooski has recorded as both an independent artist and with several Record Labels. He is best known for remixes of songs from the 1950s, 60s and 70s.

Pánico are a Chilean alternative rock, psychedelic rock and post-punk band based in Paris, France.

Juan de Guillebon, better known by his stage name DyE, is a French musician. He is most known for the music video for the single "Fantasy" from his first album Taki 183. 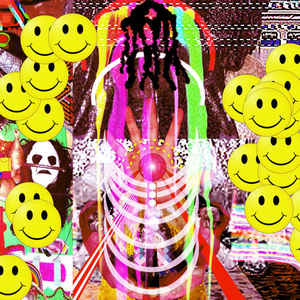 "Fantasy" is a song recorded by French singer-songwriter DyE for his debut studio album, Taki 183 (2011). It was released as the record's second and final single on 10 January 2011. The recording was written and produced by DyE himself, while Guillaume Teyssier served as an additional lyricist.

"Cristal d'Acier" is the debut song recorded by French singer-songwriter DyE for his debut studio album, Taki 183 (2011). It was released as the record's first and lead single on 11 January 2010.