Tomas Hogan is mayor of Miramar, Buenos Aires Province. Prior to becoming mayor, Hogan was a municipal intendant. [1]

Born in 1950, Hogan became mayor of Miramar in 1999 after a landslide election victory. In 2010, he was selected to replace Silvia Caballero in the Farm Ministry commission. [2] 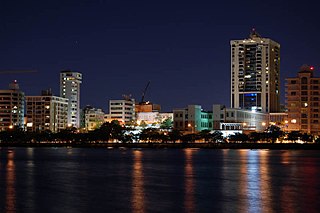 San Juan is the capital and most populous municipality in the Commonwealth of Puerto Rico, an unincorporated territory of the United States. As of the 2010 census, it is the 46th-largest city under the jurisdiction of the United States, with a population of 395,326. San Juan was founded by Spanish colonists in 1521, who called it Ciudad de Puerto Rico. Puerto Rico's capital is the third oldest European-established capital city in the Americas, after Santo Domingo, in the Dominican Republic, founded in 1496 and Panama City, in Panama, founded in 1519. Several historical buildings are located in San Juan; among the most notable are the city's former defensive forts, Fort San Felipe del Morro and Fort San Cristóbal, and La Fortaleza, the oldest executive mansion in continuous use in the Americas. 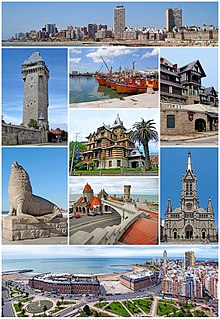 Escuintla is a city in south central Guatemala. It is the capital of the Escuintla Department and the administrative seat of Escuintla Municipality. 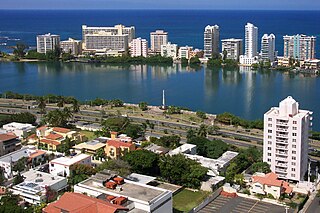 Miramar is a historic neighborhood, called a subbarrio, in the barrio of Santurce, in San Juan, Puerto Rico, United States. It has many Spanish-style homes with patios and gardens.

General Alvarado Partido is a partido on the Atlantic Coast of Buenos Aires Province in Argentina. 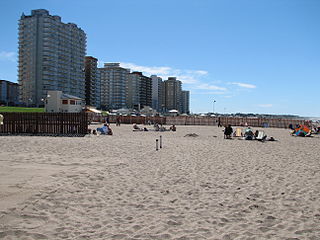 Miramar is an Argentine city located on the coast of the Atlantic Ocean in Buenos Aires Province, 450 km (280 mi) south of Buenos Aires. It is the administrative seat of General Alvarado Partido. The name “Miramar” comes from the words mira (view) and mar (sea). 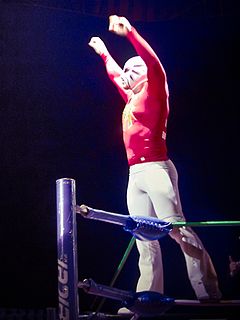 Felipe de Jesús Alvarado Mendoza is a Mexican luchador, or professional wrestler currently signed to Lucha Libre AAA Worldwide (AAA) performing as La Máscara and is the co-founder and leader of Los Mercenarios.

Alvarado Municipality is one of the 212 municipalities of the Mexican state of Veracruz which municipal seat is established in the city of Alvarado. 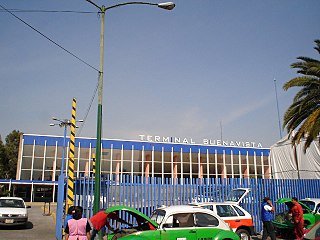 Colonia Buenavista is a colonia or neighborhood in the Cuauhtémoc borough located northwest of the historic center of Mexico City. It has historically been a train terminal, and still is as the southern terminal of the Tren Suburbano commuter rail. The colonia is also home to the offices of the Cuauhtémoc borough and the mega José Vasconcelos Library.

Gloria Alvarado Nava is a Mexican luchadora currently signed to Lucha Libre AAA Worldwide (AAA) performing as Goya Kong. She is a third generation Luchadora, part of the Alvarado wrestling family as she is the granddaughter of Shadito Cruz and the daughter of José Alvarado Nieves, who works under the ring name Brazo de Plata. She has several brothers and a sister who are also active wrestlers along with a number of uncles and cousins. 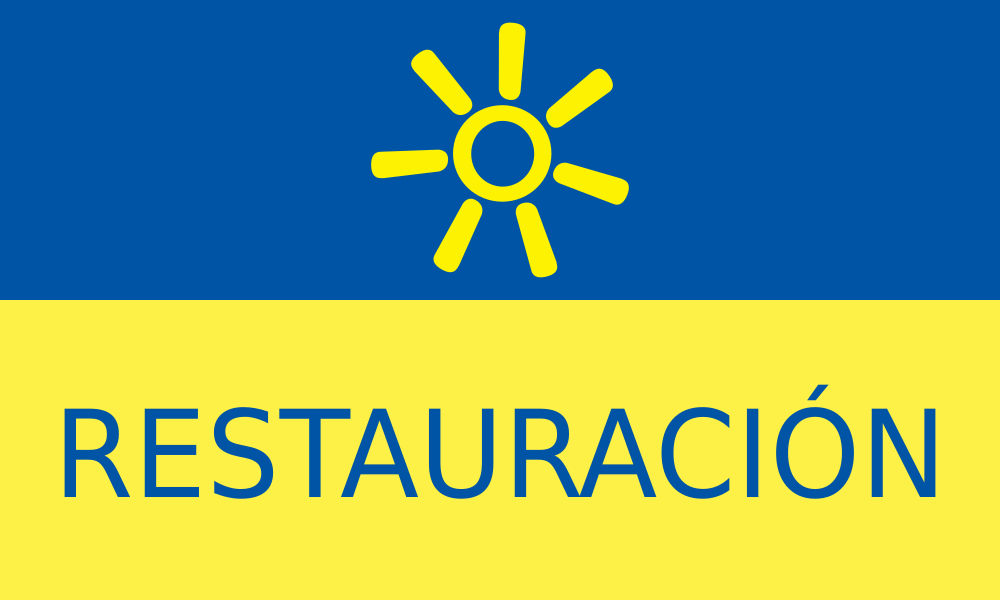 The National Restoration Party is a political party in Costa Rica. It was founded in 2005 by Carlos Avendaño Calvo mostly by dissidents of Costa Rica's historical Christian party, Costa Rican Renewal, after its then only deputy, Carlos Avendaño Calvo, left. Avendaño would successfully return to Congress because of the party from 2010 to 2014. Even though he had personal differences with Justo Orozco, both were able to work together in defending the same agenda, mainly the conservative views of the evangelical community. The party's candidate in the presidential election of 2014 was Avendaño, who received 1.35 percent of the vote.

Carlos Alvarado Quesada is a Costa Rican politician and writer, who is currently serving as the 48th President of Costa Rica. A member of the center-left Citizens' Action Party (PAC), Alvarado was previously Minister of Labor and Social Security during the Presidency of Luis Guillermo Solís.

General elections were held in Costa Rica in 2018 to elect both the President and Legislative Assembly. The first round of the presidential election was held on February 4, 2018, with the two highest-ranked candidates being Christian singer and Congressman Fabricio Alvarado Muñoz from the conservative National Restoration Party and writer and former Minister Carlos Alvarado Quesada from the progressive Citizens’ Action Party, gaining 24% and 21% of the votes respectively. As no candidate received more than 40% of the first round vote, a second round run-off election was held on April 1, 2018 and was won by Carlos Alvarado Quesada, with a landslide victory of 60.6% of the vote.

The Spanish conquest of El Salvador was the campaign undertaken by the Spanish conquistadores against the Late Postclassic Mesoamerican polities in the territory that is now incorporated into the modern Central American nation of El Salvador. El Salvador is the smallest country in Central America, and is dominated by two mountain ranges running east-west. Its climate is tropical, and the year is divided into wet and dry seasons. Before the conquest the country formed a part of the Mesoamerican cultural region, and was inhabited by a number of indigenous peoples, including the Pipil, the Lenca, the Xinca, and Maya. Native weaponry consisted of spears, bows and arrows, and wooden swords with inset stone blades; they wore padded cotton armour. 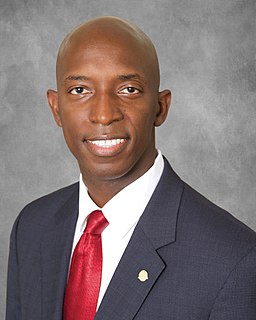 Wayne Martin Messam is an American businessman and politician serving as the mayor of Miramar, Florida, a position he has held since 2015. A member of the Democratic Party, he was first elected to the Miramar City Commission in 2011 before defeating incumbent Mayor Lori Cohen Moseley in the 2015 election. Messam is also a general contractor and owner of a construction firm. Messam is in the exploratory phase of a candidacy for the Democratic nomination for President in 2020.