Thomas R. Tilley (born March 28, 1965 in Trenton, Ontario) is a retired professional hockey player who played in the NHL with the St. Louis Blues. He played defense and shot right-handed.

Trenton is a large unincorporated community in Southern Ontario in the municipality of Quinte West, Ontario, Canada. Located on the Bay of Quinte, it is the starting point for the Trent-Severn Waterway, which continues northwest to Peterborough and eventually Port Severn on Georgian Bay.

Tilley was drafted by the Blues in the 10th round, 196th overall in the 1984 NHL Entry Draft. After being drafted he played for Michigan State for 4 years where he developed a strong defensive presence. Immediately after college Tilley joined the Blues and played his only full season in the NHL during the 1988–1989 season, scoring 23 points. Tilley then bounced between the Blues and their IHL affiliate Peoria Rivermen for the next two years before playing in Italy for another two years. The 1993–1994 season saw a return for Tilley with the Blues, as he skated in 48 contests. This would prove to be the last time Tilley would play in the NHL. Tilley then played out the rest of his career in the IHL, retiring after the 2000–2001 season with the Chicago Wolves. [1] 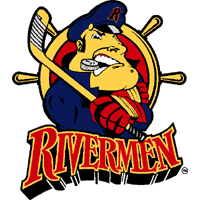 Dirk Milton Graham is a retired Canadian professional ice hockey forward who played for the Chicago Blackhawks and Minnesota North Stars in the National Hockey League. He was honored in 1991 as the Frank J. Selke Trophy winner for outstanding defensive play by a forward. Graham served as head coach of the Blackhawks during the 1998–99 season before being relieved of his duties after 59 games. Graham was the first NHL captain of African descent.

Paul A. MacLean is a French-born Canadian professional ice hockey coach and former player. He most recently served as an assistant coach for the Anaheim Ducks until his departure from the team on June 1, 2017. He played 11 seasons in the National Hockey League (NHL) with the St. Louis Blues, Detroit Red Wings and the original Winnipeg Jets. He is the former head coach of the NHL's Ottawa Senators, winning the 2013 Jack Adams Award as the NHL's Coach of the Year.

Jarmo Pentti Kalevi Myllys is a retired Finnish professional ice hockey goaltender. He was drafted by the Minnesota North Stars as their ninth-round pick, #172 overall, in the 1987 NHL Entry Draft. He is currently the goalkeeping coach for Austrian hockey team EC KAC of the EBEL. Jarmo myllys Jersey (#35) is retired in Luleå in 2011. 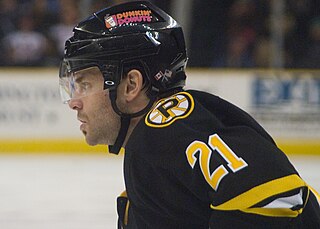 David Gregory Ling is a Canadian professional ice hockey forward. He is currently under contract with the Brampton Beast of the ECHL. Ling was selected by the Quebec Nordiques in the 7th round of the 1993 NHL Entry Draft.

Terrance Paul Richardson is a retired ice hockey goaltender. He was drafted 1st by the Detroit Red Wings in the 1973 NHL draft but went on to only play in a total of 20 NHL games in his career.

Paul Newell Broten is a retired professional hockey player who played in 322 games in the NHL with the New York Rangers, Dallas Stars, and St. Louis Blues. He shoots right-handed and played right wing.

Bruce Maurice Racine is a Canadian retired professional hockey goaltender who played in the NHL with the St. Louis Blues.

Todd R. Reirden is an American professional ice hockey coach and former player. He is currently the head coach of the Washington Capitals of the National Hockey League (NHL). He was previously an assistant coach for the Pittsburgh Penguins and former head coach of the Wilkes-Barre/Scranton Penguins of the American Hockey League (AHL). Reirden played in the NHL for the St. Louis Blues, Phoenix Coyotes, Atlanta Thrashers, and Edmonton Oilers.

Joseph Francis Léo (Frank) St-Marseille is a Canadian former professional ice hockey forward who played right wing in the National Hockey League for the St. Louis Blues and Los Angeles Kings from 1967 to 1977. St. Marseille is of Ojibwe-Métis, French-Canadian and Finnish descent. He is from Levack, which is situated in the Sudbury regional municipality in Ontario, Canada.

Lonnie Loach is a Canadian former professional ice hockey player. Loach spent the majority of his career in the IHL but also played briefly in the NHL with the Ottawa Senators, Los Angeles Kings, and Mighty Ducks of Anaheim. He played left wing and shot left-handed.

Konstantin Vitalievich Shafranov is a retired professional Kazakhstani ice hockey player who played five games in the National Hockey League. He played for the St. Louis Blues. In 1996, he won the Gary F. Longman Memorial Trophy as the best rookie in the International Hockey League (IHL). Two years later he was named to the IHL's end of season all-star team, as the second best right-wing in the league.