Tom Tuohy is an American attorney, author and philanthropist. [1] He is the founder of Dreams for Kids, a nonprofit international youth empowerment organization and of Tuohy Law Offices. He is the author of two books, Kiss of a Dolphin, 2006, [2] and the updated version, Dreams for Kids, Changing the World...One Person at a Time, 2010. [3]

Tom Tuohy was born June 17, 1957 in Austin of the Westside of Chicago. [1] He lived with his parents and three siblings during the infamous "White Flight" era. At the age of 8 years old, Tuohy became the son of a single mother raising 4 young children on her own. His father, Patrick Jr., abandoned his family, leaving his mother, Mrs. Patricia Tuohy, to raise him and his three older siblings. [4]

At the age of 19, he began college at DePaul University and worked as a law clerk. He graduated with a B.S. in Marketing in 1979, and went on to receive his Juris Doctorate from DePaul University College of Law. [5] In 1981, Tuohy received a certificate in International Law from the University of Cambridge. He is also a Kellogg School of Northwestern University Executive Scholar and was selected for the Executive Program for Nonprofit Leaders of Stanford University Graduate School of Business Center for Social Innovation. [3]

In 1982, Tuohy founded Tuohy & Associates, now known as Tuohy Law Offices in Chicago. [8] From 1983-1984 Tuohy served as Special Assistant Attorney General of Illinois. Tuohy's law firm assists clients in various areas from estate planning to personal injury. [9] Mr. Tuohy is ranked in the top 5% of all attorneys in the United States for 14 consecutive years by Martindale Hubbell, rating him A/V, the highest rating for legal ability and ethical standards. [10] Martindale Hubbell has been providing attorney ratings for more than 138 years, being the oldest and largest lawyer peer review rating system, basing their ratings on Legal Knowledge, Analytic Capabilities, Judgment, Communication Ability and Legal Experience. Avvo has also awarded Mr. Tuohy with a 10/10 score, its highest rating of superb, [11] and the BBB has rated Tuohy Law Offices with an A+. [12] In 2015, Mr. Tuohy was selected as a member of the Nations Top 1% by the National Association of Distinguished Counsel. [13]

He was awarded the Prestigious Highest Rating (AV) for Legal Skill and Competence for 20 consecutive years and is sworn into the U.S. Supreme Court Bar in 1990. He served as Special Assistant Attorney General of Illinois from 1983-1984. [13] Tom is an Adjunct Professor of Social Entrepreneurship at Kellstadt Graduate School of Business of DePaul University. He is a graduate of DePaul University, DePaul Law School and Kellogg School of Business at Northwestern, as an Executive Scholar. In 2011, Tom attended Stanford Graduate School of Business to share best practices on social innovation with 46 corporate and nonprofit leaders from 14 countries. [4] He has spoken at Northwestern, DePaul, Stanford, TEDX, and companies such as Advocate Health Care, Blue Cross, Athletico, Federal Reserve, National Press Club, KIN Global, and World Chicago. [14]

Tom Tuohy, founded Dreams for Kids in 1989 at the request of his mother, Patricia Tuohy. [1] In December 1989, Tuohy received a phone call from Ms. Clara Kirk of Clara’s House. Clara's House is a homeless shelter for women and children in the neighborhood of Englewood, Chicago, where 43% of residents live below poverty level. [16] Dreams for Kids began its community outreach work on December 24, 1989 at Clara's House. Today, Dreams for Kids provides empowerment and social entrepreneurship training to underserved youth, giving them opportunities to make a difference in the lives of others, by helping them turn their ideas into impact. [17] [18] [19] 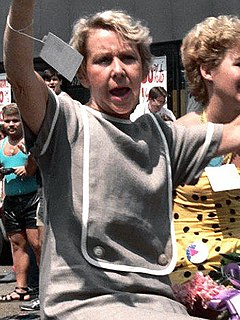 Jane Margaret Byrne was an American politician who was the first woman to be elected mayor of a major city in the United States. She served as the 50th Mayor of Chicago from April 16, 1979, until April 29, 1983. Byrne won the Chicago mayoral election on April 3, 1979, becoming the first female mayor of the city, the second largest city in the United States at the time. Prior to her tenure as mayor, Byrne served as Chicago's commissioner of consumer sales from 1969 until 1977, the only woman to be a part of Mayor Richard J. Daley's cabinet.

The Better Business Bureau (BBB), founded in 1912, is a private, nonprofit organization whose self-described mission is to focus on advancing marketplace trust, consisting of 106 independently incorporated local BBB organizations in the United States and Canada, coordinated under the International Association of Better Business Bureaus (IABBB) in Arlington, Virginia.

Edward Hirsch Levi was an American law professor, academic leader, scholar, and statesman. He served as president of the University of Chicago from 1968 to 1975, and then as United States Attorney General in the Ford Administration. Levi is regularly cited as the "model of a modern attorney general", the "greatest lawyer of his time", and is credited with restoring order after Watergate. He is considered, along with Yale's Whitney Griswold, the greatest of postwar American university presidents.

Jesse Clark White is an American educator, politician and former athlete from the State of Illinois. A member of the Democratic Party, he has served as the 37th Secretary of State of Illinois since 1999. He is the longest-serving and the first African American to hold this position. Previously, he served as the Cook County Recorder of Deeds from 1993 to 1999 and in the Illinois House of Representatives from 1975 to 1993.

Morgan Francis Murphy was a U.S. Representative from Illinois.

John P. Hart is an American attorney. He was involved in the campaign and administration of President Bill Clinton and later became the founder and chair of the Impact Center, a nonpartisan nonprofit working to educate citizens, train activists, and develop leaders.

Michael "Mickey" Sherman is a Connecticut-based American criminal defense attorney. He is known for his representation of Michael Skakel. Sherman's client was found guilty. In October 2013, a judge ordered a retrial for Skakel, citing Sherman’s "glaring ineffectiveness"; the State appealed to the Connecticut Supreme Court, which reinstated the conviction on December 30, 2016, as reported by the New York Times on December 31, 2016. On May, 4, 2018, the conviction was overturned by the Connecticut Supreme Court.

John Henry Browne is an American criminal defense attorney practicing in Seattle, Washington. Browne is known for both his zeal in defending his clients and his flair for garnering media attention. He has represented defendants in a number of high-profile cases, including serial killer Ted Bundy, Colton Harris-Moore, Benjamin Ng and Martin Pang. He has tried over 250 criminal cases to verdict. Browne and his actions have been the subject of some controversy, and he has sometimes been criticized for his peculiar and combative style both in and out of the courtroom. He is particularly known for obtaining sympathetic treatment for his clients by shifting the focus away from the serious crimes that were committed by arguing for consideration of the background of the defendant and the circumstances in which the events took place.

James B. Burns is the inspector general for the Illinois Secretary of State. He is also a retired American basketball player.

Avvo.com is an online marketplace for legal services, that provides lawyer referrals and access to a database of legal information consisting primarily of previously answered questions. Lawyer profiles may include client reviews, disciplinary actions, peer endorsements, and lawyer-submitted legal guides. 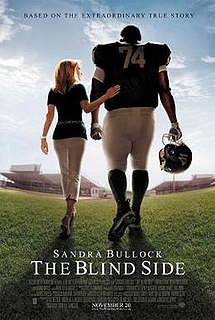 The Blind Side is a 2009 American biographical sports drama film written and directed by John Lee Hancock, based on the 2006 book The Blind Side: Evolution of a Game by Michael Lewis. The storyline features Michael Oher, an offensive lineman who was drafted by the Baltimore Ravens of the National Football League (NFL). The film follows Oher from his impoverished upbringing, through his years at Wingate Christian School, his adoption by Sean and Leigh Anne Tuohy, to his position as one of the most highly coveted prospects in college football, then finally becoming a first-round pick of the Ravens.

Paul Jeffrey Watford is a United States Circuit Judge of the United States Court of Appeals for the Ninth Circuit. In February 2016, The New York Times identified Watford as a potential Supreme Court nominee to replace Justice Antonin Scalia.

Stephen Estey is a California attorney at law, the founding partner of Estey & Bomberger, LLP a personal injury law firm in San Diego, CA, and a child molestation victims attorney.

Michael Yale Scudder Jr. is a United States Circuit Judge of the United States Court of Appeals for the Seventh Circuit. Previously, he was a partner in the Chicago office of Skadden, Arps, Slate, Meagher & Flom.