Tomato is a multi-discipline design and film collective, founded in London in 1991 by Steve Baker, Dirk van Dooren, Simon Taylor, John Warwicker and Graham Wood, plus musicians Karl Hyde and Rick Smith of the electronic group Underworld and Colin Vearncombe, the artist also known as Black. They were joined by Jason Kedgely in 1994. [1] [2] [3]

The collective includes a worldwide group of directors, designers, artists, writers, producers and composers, who develop cross-platform projects that are commercial, artistic and research based. [4]

In addition to its core studio in London, Tomato has a presence in Melbourne and Tokyo. [4] In 2012, Tomato opened its first wholly owned US entity, Tomato Studios, with a main creative/production studio in Los Angeles and field office in New York. In 2014, Tomato signed an agreement with production company Twist Films for exclusive director representation in the US, and co-development of creative projects. [9] As of 2016, however, the US business is no longer affiliated with Tomato.

RYB is a subtractive color model used in art and applied design in which red, yellow, and blue pigments are considered primary colors. Under traditional color theory, this set of primary colors was advocated by Moses Harris, Michel Eugène Chevreul, Johannes Itten and Josef Albers, and applied by countless artists and designers. The RYB color model underpinned the color curriculum of the Bauhaus, Ulm School of Design and numerous art and design schools that were influenced by the Bauhaus, including the IIT Institute of Design, Black Mountain College, Design Department Yale University, the Shillito Design School, Sydney, and Parsons School of Design, New York. 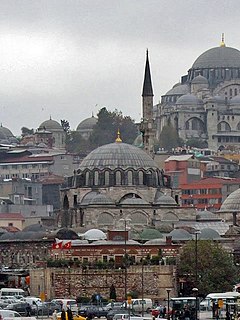 The Rüstem Pasha Mosque is an Ottoman mosque located in the Hasırcılar Çarşısı in the Tahtakale neighborhood of the Fatih district, Istanbul, Turkey. It was designed by the Ottoman imperial architect Mimar Sinan and completed in around 1563.

Freur was a Welsh new wave/synth-pop band featuring Karl Hyde and Rick Smith, who went on to form the electronic act Underworld. It was their second band, following their art school collaboration, The Screen Gemz. Their best known song is "Doot-Doot", which charted at number 59 on the UK Singles Chart.

Environmental art is a range of artistic practices encompassing both historical approaches to nature in art and more recent ecological and politically motivated types of works. Environmental art has evolved away from formal concerns, worked out with earth as a sculptural material, towards a deeper relationship to systems, processes and phenomena in relationship to social concerns. Integrated social and ecological approaches developed as an ethical, restorative stance emerged in the 1990s. Over the past ten years environmental art has become a focal point of exhibitions around the world as the social and cultural aspects of climate change come to the forefront.

Aaron Betsky, born 1958 in Missoula, Montana, is a widely published American critic on art, architecture and design. He is currently director of Virginia Tech's School of Architecture + Design. Trained as an architect and in the humanities at Yale University, he is the author of over a dozen books, including Architecture Matters, Making It Modern, Landscrapers: Building With the Land, Scanning: The Aberrant Architectures of Diller + Scofidio, Queer Space, Revelatory Landscapes, and Architecture Must Burn. Internationally known as a lecturer, curator, reviewer and commentator, he writes the blog "Beyond Buildings" for architectmagazine.com. Director of the 11th Venice Architecture Biennale, he has also been President and Dean of the School of Architecture at Taliesin ,director of the Netherlands Architecture Institute (2001-2006) and of the Cincinnati Art Museum (2006-2014), and was founding Curator of Architecture, Design and Digital Projects at the San Francisco Museum of Modern Art (1995-2001). As an unlicensed architect, he worked for Frank O. Gehry & Associates and Hodgetts + Fung. At the Whitney Museum of American Art in 2003 he co-curated "Scanning: The Aberrant Architectures of Diller + Scofidio." Born in Montana, he grew up there and in the Netherlands.

Christiane Paul is chief curator/director of the Sheila C. Johnson Design Center at Parsons School of Design and an associate professor in the School of Media Studies at The New School, and Adjunct Curator of New Media Arts at the Whitney Museum of American Art in New York City. She is widely known as the author of the book Digital Art, part of the World of Art Series published by Thames & Hudson.

Georgina von Etzdorf (RDI) is a British textile designer whose eponymous fashion label was renowned for its luxurious velvet scarves and clothing accessories.

Louise Fili is an American graphic designer recognized for her elegant use of typography and timeless quality in her design. Her work often draws on inspiration from her love of Italy, Modernism, and European Art Deco styles. Considered a leader in the postmodern return to historical styles in book jacket design, Fili explores historic typography combined with modern colors and compositions. 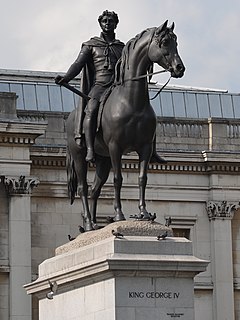 Charlotte Cotton is an independent curator of and writer about photography.

Arthur Graham Reynolds,, was an English art historian who was Keeper of Paintings at the Victoria and Albert Museum. He was a leading expert on portrait miniatures and the art of John Constable, for whose works he wrote the catalogue raisonné. Reynolds's approach exemplified traditional scholarship and connoisseurship and he was fiercely opposed to the New Art History of the 1970s.

Alan Kitching RDI AGI Hon FRCA, is a practitioner of letterpress typographic design and printmaking. Kitching exhibits and lectures across the globe, and is known for his expressive use of wood and metal letterforms in commissions and limited-edition prints.

MacKay-Lyons Sweetapple Architects is an architecture firm based in Halifax, Nova Scotia, Canada, with an additional studio in Boulder, Colorado, USA. The practice is led by partners Brian MacKay-Lyons and Talbot Sweetapple. Their firm focuses locally and internationally on architectural and urban design services for residential, cultural, and institutional projects.

Stephen McLaren is a Scottish photographer, writer, and curator, based in Los Angeles. He has edited various photography books published by Thames & Hudson—including Street Photography Now (2010)—and produced his own, The Crash (2018). He is a co-founder member of Document Scotland. McLaren's work has been shown at FACT in Liverpool as part of the Look – Liverpool International Photography Festival and in Document Scotland group exhibitions at Impressions Gallery, Bradford and at the Scottish National Portrait Gallery, Edinburgh. His work is held in the collection of the University of St Andrews. 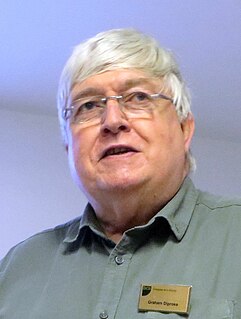 Grapham Diprose is a British photographer and author.