Tomko is a surname. Notable people with the surname include:

Tyson is both a surname and a masculine given name.

Travis David Tomko is an American retired professional wrestler, best known for his tenures with Total Nonstop Action Wrestling (TNA) under the ring name Tomko between 2006 and 2010. Prior to this, he worked for World Wrestling Entertainment (WWE) on the Raw brand under the ring name Tyson Tomko from 2003 to 2006. He also performed in New Japan Pro-Wrestling from 2006 to 2008. He is a two-time tag team champion having simultaneously held the TNA World Tag Team and IWGP Tag Team championships.

Al Tomko was a Canadian professional wrestler and wrestling promoter.

William, Will, Bill or Billy Davies may refer to: 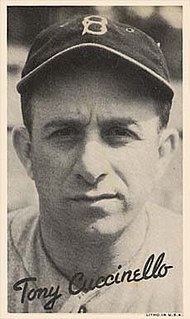 Collinwood is a neighborhood on the east side of Cleveland, Ohio. Originally a village in Euclid Township, it was annexed by the city in 1910. Collinwood grew around the rail yards of the Lake Shore and Michigan Southern Railway and is divided by these same tracks into a North and South section. Collinwood was identified as one of America's Best Secret Neighborhoods by Travel + Leisure in 2008.

Watson is a patronymic surname of English and Scottish origin. Meaning "son of Walter", the popular Old English given names "Wat" or "Watt" were diminutive forms of the name Walter. Watson is 46th-most common surname in England and nineteenth most common in Scotland. It is related to the surnames; Nelson, Getson, Jordan and Judson.

Hogan is an Irish surname derived from Irish Ó hÓgáin, a patronymic of Middle Irish ógán, meaning "a youth", in the genitive case, itself from óg, "young", with a prothetic h. A surname of the same form was Anglicised as "Hagan" in Northern Ireland. Some southern bearers claim descent from an uncle of Brian Boru, High King of Ireland (1002–1014). Occasionally appears as an absorption of west Connacht (O')Houghegan. Hypothetically derivable from related words in Cornish and Welsh.

Hart is a surname. Notable people with the surname Hart include:

Gilbert is a surname of Germanic origin. The English-language surname is derived from Giselbert, a mediaeval personal name composed of the following Germanic elements: gisil and berht. This personal name was very popular in England during the Middle Ages. The surname is sometimes an Americanized form of numerous like-sounding Jewish surnames.It may also occur in Southern Indian states which it was bestowed by Christian English Missionaries to Adivasi families.

Baker is a famous surname of Old English (Anglo-Saxon) origin. From England the surname has spread to neighbouring countries such as Wales, Scotland and Ireland, and also to the English speaking areas of the Americas and Oceania where it is also common. An occupational name, which originated before the 8th century CE, from the name of the trade, baker. From the Middle English bakere and Old English bæcere, a derivation of bacan, meaning "to dry by heat." The bearer of this name may not only have been a baker of bread. The name was also used for others involved with baking in some way, including the owner of a communal oven in humbler communities, "baker". The female form of the name is "Baxter". which is seen more in Scotland. The old German form of the name is "Bäcker".

Everett Lawrence Titus is an American professional wrestler. A student of the ROH Wrestling Academy, Titus has been competing for Ring of Honor (ROH), as well as various independent promotions, since 2006. While performing for ROH, he has won the World Tag Team Championship once with partner Kenny King as The All Night Express, as well as winning the now-defunct Top of the Class Trophy once.

Weinberg is a German and Jewish-Ashkenazi surname which means vineyard in German. Spellings in other languages include Wainberg, Vainberg, Vaynberg, Вайнберг and Wajnberg.

Pennington is a surname indicating a family origin in Pennington, Cumbria. Other branches include members from an area of Surrey, London, Yorkshire, Hampshire and North America. This surname was originally spelled Penington; some members of the family changed the spelling in the 14th century.

Farmer is an English surname. Although an occupationally derived surname, it was not given to tillers of the soil, but to collectors of taxes and tithes specializing in the collection of funds from farming leases. In 2000, there were 68,309 people with the last name Farmer in the United States, making it the 431st most common last name in the nation.

Marcellus is a masculine given name and a surname, which comes from the Roman god of war Mars.

Ant is an English nickname abbreviated from the given name Anthony/Antony in use throughout North America, Guyana and English speaking countries in Europe, Africa, Asia and Oceania. It is also a stage name, given name and a surname.