Tomorrow and Tomorrow is a 1997 science fiction novel by Charles Sheffield. The book starts in approximately the year 2020 and follows the protracted adventures of Drake Merlin, in his quest to save his wife from a terminal brain disease, over the course of eons. Similar premises are presented in the 2006 film The Fountain , as well as the Isaac Asimov story "The Last Question".

Originally, Drake is a professional musician, with minor celebrity. When his wife Ana is diagnosed with an unspecified incurable brain disorder, Drake exhausts every option attempting to cure her. Only then does he decide to have her body cryogenically stored, in the hopes future generations will discover an effective treatment. However, Drake is extremely cautious, and in case the future culture doesn't care about her plight, he has himself frozen as well. Furthermore, he devotes all his energies for a decade before his freezing to becoming an expert primary source on the musically notable people of his era. He correctly assumes that if you become the world's foremost expert in any subject, eventually someone will want to write a book on that exact subject. At that time the hypothetical future writer will want to awaken Drake, and he can in turn awaken his wife, if treatment is available. He is awakened in the year 2500. Although society is vastly different, no cure for Ana yet exists. He spends six years apprenticed to a musical historian to pay for his reviving costs and to gain a foothold in this new world.

Drake is continually laid dormant and revived, progressively later into the future, all the way until the time of the Big Crunch. Human civilization alters radically over the eons, but Ana's mangled brain proves an extremely difficult problem. Despite the incomprehensible changes surrounding in each successive awakening, Drake never loses sight of his mission.

Eventually, in the extremely remote posthuman future a few billions years later, Drake's original biological body has disintegrated, despite the cryogenic treatment, and he has become an uploaded consciousness, though still in stasis. At this point the descendants of humanity have colonized the entire Milky Way galaxy, yet an inexplicable threat is wiping out their colonies in a widening arc. The leaders of this civilization have exhausted every answer they can conceive of and have zero information as to even the cause of the threat. Their last hope is Drake, an ancient holdover, who may have ideas new to them—namely, war.

The main problem is that the beings have no idea what is happening because the planets wiped out seem exactly the same, but they do not respond to signals, and outside communication is impossible. All probes sent do not return, nor do they reply once they reach the surface of the planet.

Drake becomes the commander of the residents of the galaxy, in designing weapons and defenses, ideas that have long vanished from the minds of these beings. At this time, their technology allows for extremely powerful and deep manipulation of matter at a fundamental scale. An experimental technology called the caesura is used as the plot device to carry the novel. It is a means of instantaneous teleportation using exotic physics, which has by now developed to a stage where it will have no meaning to the causal being. This caesura is not guaranteed teleportation but has a low chance of succeeding.

Billions upon billions of copies of Drake are thus sent out to the planets on the border of the invasion, and by means of the caesura they are teleported back to the base to collect information about the threat. Eventually it is discovered that the threat is an exotic interplanetary type of plant life with spores that migrate between systems. These plants do not intentionally destroy the living beings on the planet, but as a result of their growth they do so.

After the cause of the problem is found, the posthumans decide that the militant Drake is no longer needed or deemed a positive influence—he is seen as too warlike. They tell him to merge with all the returning Drake copies, of which there are billions. This he agrees to, and over billions of years, he collates those copies—forming a collective mind of copies of himself. In one subplot, a version of himself was randomly teleported by the caesura to a distant galaxy, and he manages to return over a few billion years.

Finally, the collective version of Drake resolves to use the Omega Point to gain complete knowledge of everything and to restore Ana. The story ends on an ambiguous note as Ana is potentially revived, and they seek to create a new universe by means of the caesura to live in. [1]

The Drake equation is a probabilistic argument used to estimate the number of active, communicative extraterrestrial civilizations in the Milky Way galaxy. 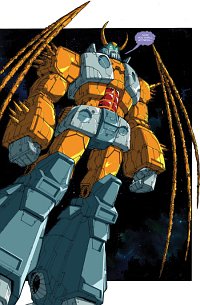 "The Jaunt" is a horror short story by Stephen King first published in The Twilight Zone Magazine in 1981, and collected in King's 1985 collection Skeleton Crew.

Redemption Ark is a 2002 science fiction novel by Welsh author Alastair Reynolds set in the Revelation Space universe. It continues the story of Nevil Clavain begun in the short stories "Great Wall of Mars" and "Glacial".

"Quarantine" is the second segment of the seventeenth episode from the first season (1985–86) of the television series The Twilight Zone.

Transformers: Cybertron, known as Transformers: Galaxy Force in Japan, is a 52-episode series conceptualized by Hiroyuki Azuma and Steve Drucker, set in the Transformers universe. Produced by Aichi Television Broadcasting, We've, Tokyu Agency and Gonzo, the series is directed by Hiroyuki Kakudō and Manabu Ono, with Hiro Masaki handling series composition, Takashi Kumazen designing the characters, Mitsuru Ōwa serving as the mechanical and prop designer and Megumi Ōhashi composing the music. A corresponding toy line was released with the series.

Martinex T'Naga is a fictional character appearing in American comic books published by Marvel Comics. The character is depicted as being from an alternate future version of Marvel's shared universe, the Marvel Universe. Most of Martinex's adventures take place as a member of the 31st century Guardians of the Galaxy.

Wildfire is a fictional DC Comics superhero. Created by Cary Bates and Dave Cockrum, the character debuted in a Legion of Super-Heroes backup story in Superboy #195. The story is set in a fictional universe's 30th and 31st centuries.

A World Out of Time is a science fiction novel by Larry Niven and published in 1976. It is set outside the Known Space universe of many of Niven's stories, but is otherwise fairly representative of his 1970s hard science fiction novels. The main part of the novel was originally serialized in Galaxy magazine as "Children of the State"; another part was originally published as the short story "Rammer". A World Out of Time placed fifth in the annual Locus Poll in 1977. 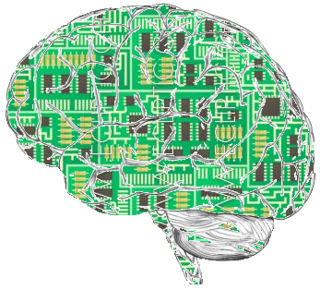 Battlefield Earth: A Saga of the Year 3000 is a 1982 science fiction novel written by L. Ron Hubbard, founder of Scientology. He also composed a soundtrack to the book called Space Jazz. 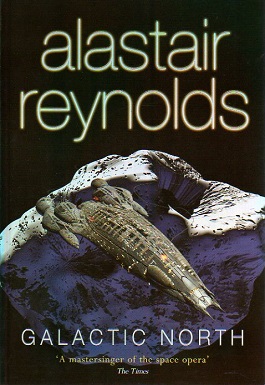 Galactic North is a collection of science fiction short stories by British author Alastair Reynolds, published by Gollancz in 2006. It comprises most of Reynold's short stories and novellas set in the Revelation Space universe.

Number of the Beast is a comic book limited series, written by Scott Beatty, with art by Chris Sprouse.

Physics of the Impossible: A Scientific Exploration Into the World of Phasers, Force Fields, Teleportation, and Time Travel is a book by theoretical physicist Michio Kaku. Kaku uses discussion of speculative technologies to introduce topics of fundamental physics to the reader. The topic of invisibility becomes a discussion on why the speed of light is slower in water than in vacuum, that electromagnetism is similar to ripples in a pond, and Kaku discusses newly developed composite materials. The topic of Star Trek "phasers" becomes a lesson on how lasers work and how laser-based research is conducted. The cover of his book depicts a TARDIS, a device used in the British science fiction television show Doctor Who to travel in space and time, in its disguise as a police box, continuously passing through a time loop. With each discussion of science fiction technology topics he also "explains the hurdles to realizing these science fiction concepts as reality".

Teleportation is the theoretical transfer of matter and/or energy from one point to another without traversing the physical space between them. It is a common subject in science fiction and fantasy literature, film, video games, and television. In some situations, teleporting is presented as time traveling across space.

Fomalhaut is a class A star on the main sequence approximately 25 light-years (7.7 pc) from the Sun. It is the brightest star in the constellation of Piscis Austrinus and at magnitude 1.2 is one of the brightest stars in the sky.