A deed is any legal instrument in writing which passes, affirms or confirms an interest, right, or property and that is signed, attested, delivered, and in some jurisdictions, sealed. It is commonly associated with transferring (conveyancing) title to property. The deed has a greater presumption of validity and is less rebuttable than an instrument signed by the party to the deed. A deed can be unilateral or bilateral. Deeds include conveyances, commissions, licenses, patents, diplomas, and conditionally powers of attorney if executed as deeds. The deed is the modern descendant of the medieval charter, and delivery is thought to symbolically replace the ancient ceremony of livery of seisin.

Trustees of Dartmouth College v. Woodward, 17 U.S. 518 (1819), was a landmark decision in United States corporate law from the United States Supreme Court dealing with the application of the Contracts Clause of the United States Constitution to private corporations. The case arose when the president of Dartmouth College was deposed by its trustees, leading to the New Hampshire legislature attempting to force the college to become a public institution and thereby place the ability to appoint trustees in the hands of the governor of New Hampshire. The Supreme Court upheld the sanctity of the original charter of the college, which pre-dated the creation of the State.

Gibbons v. Ogden, 22 U.S. 1 (1824), was a landmark decision in which the Supreme Court of the United States held that the power to regulate interstate commerce, granted to Congress by the Commerce Clause of the United States Constitution, encompassed the power to regulate navigation. The case was argued by some of America's most admired and capable attorneys at the time. Exiled Irish patriot Thomas Addis Emmet and Thomas J. Oakley argued for Ogden, while U.S. Attorney General William Wirt and Daniel Webster argued for Gibbons.

Certiorari, often abbreviated cert. in the United States, is a process for seeking judicial review and a writ issued by a court that agrees to review. A certiorari is issued by a superior court, directing an inferior court, tribunal, or other public authority to send the record of a proceeding for review. 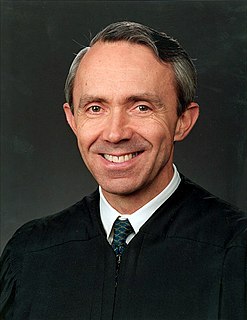 David Hackett Souter is a retired Associate Justice of the Supreme Court of the United States. He served from October 1990 until his retirement in June 2009. Appointed by President George H. W. Bush to fill the seat vacated by William J. Brennan Jr., Souter sat on both the Rehnquist and Roberts Courts.

Dartmouth University is a defunct institution in New Hampshire which existed from 1817 to 1819. It was the result of a thwarted attempt by the state legislature to make Dartmouth College, a private college, into a public university. The United States Supreme Court case that settled the matter, Dartmouth College v. Woodward, is considered a landmark.

Chaplinsky v. New Hampshire, 315 U.S. 568 (1942), is a United States Supreme Court case in which the Court articulated the fighting words doctrine, a limitation of the First Amendment's guarantee of freedom of speech.

Jaynee LaVecchia is a Justice who was nominated by Governor Christine Todd Whitman to serve on the New Jersey Supreme Court on January 6, 2000. She was confirmed by the New Jersey Senate on January 10, 2000 and sat until 2007 when her term expired. Being successfully reappointed, she was granted tenure until 2024 when she will be constitutionally removed from office for reaching the 70-year age limit on Supreme Court justices.

Harry Hibbard was an American politician and a United States Representative from New Hampshire.

Wooley v. Maynard, 430 U.S. 705 (1977), was a case in which the Supreme Court of the United States held that New Hampshire could not constitutionally require citizens to display the state motto upon their license plates when the state motto was offensive to their moral convictions.

Jeremiah Smith was an American lawyer, jurist and politician from Exeter, New Hampshire. 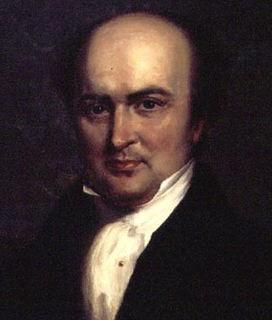 Levi Woodbury was an Associate Justice of the Supreme Court of the United States, a U.S. Senator, the 9th Governor of New Hampshire, and cabinet member in three administrations.

Walz v. Tax Commission of the City of New York, 397 U.S. 664 (1970), was a case before the United States Supreme Court. The Court held that grants of tax exemption to religious organizations do not violate the Establishment Clause of the First Amendment.

A floterial district is a legislative district that includes several separate districts that independently would not be entitled to additional representation, but whose combined population entitles the area to another seat in the legislative body. It is a technique that a state may be authorized to use to achieve more equal apportionment by population during redistricting.