Last updated February 13, 2020
Chinese sport shooter
This is a Chinese name; the family name is Tong.

Tong Xin (born 1982) is a female Chinese sport shooter. She competes in the 25 metre pistol and 10 metre air pistol, of which she has been most successful in the latter. She placed sixth in the 2005 ISSF World Cup Final and has won three medals at World Cup events: a silver in Changwon 2005, a gold in Changwon 2009 and a silver in Munich 2009.

Mikhail Valeryevich Nestruyev is a pistol shooter from Moscow, Russia. He is an all-round shooter, having achieved great successes in all five ISSF pistol events. He holds the 25 metre center-fire pistol world record of 594. He also shares the European record in 25 metre standard pistol with Ragnar Skanåker and Vladas Turla, and has performed over 580 at several occasions.

Maria Zdravkova Grozdeva is a Bulgarian sport shooter, concentrating on both 25 metre pistol and 10 metre air pistol. She is the only woman to have successfully defended 25 metre pistol title at the Olympic Games. Apart from her five Olympic medals including two gold medals, she also has been successful at CISM World Championships and ISSF World Cups. She is also the current holder of the final world record in 25 metre pistol. Grozdeva was born in Sofia.

The 2009 ISSF World Cup is the twenty-fourth annual edition of the ISSF World Cup in the Olympic shooting events, governed by the International Shooting Sport Federation. Four qualification competitions are held in each event, spanning from April to June, and the best shooters will qualify for the ISSF World Cup Final, which will take place in China in October. The shotgun finals were originally scheduled for Istanbul, but were later moved to the Beijing Shooting Range Clay Target Field, while the rifle and pistol events will be held at a range in Wuxi. Apart from those who qualify through the 2009 World Cup competitions, the defending champions and the reigning Olympic champions will also be invited to the final. The host country may also participate with at least two shooters regardless of qualification.

Zorana Arunović is a Serbian sport shooter. She was the world champion of 10 metre air pistol and Serbian Sportswoman of The Year for 2010.

Rahi Jeevan Sarnobat is a female athlete from India who competes in the event of 25 meters pistol shooting. She won her first gold medal at the 2008 Commonwealth Youth Games in Pune, India. She is the first woman to win a gold medal in shooting in an Asian Games for India, she won the Gold at 2018 Jakarta Palembang in Women's 25 meter pistol event. She had won two gold medals in 2010 Commonwealth Games in New Delhi, first of the two golds in 25m pistol event in pair with Anisa Sayyed. 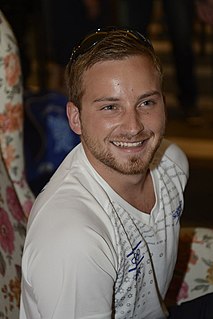 Tanyaporn Prucksakorn is a Thai female sport shooter who has competed at the 2008, 2012 and 2016 Summer Olympics. At all three Olympics, she competed in the 10 m air pistol and 25 m pistol events. She has been a competitive shooter since 2003, winning two World Cup silver medals, both at the Munich event.

Jorge León Llames Gutiérrez is a Spanish sport shooter. He won a bronze medal in the men's rapid fire pistol at the 2011 ISSF World Cup series in Changwon, South Korea, with a total score of 580 points and a bonus of 20 from the final, earning him a spot on the Spanish team for the Olympics. Llames is also a member of Club Ensidesa Trasona in Asturias, and is coached and trained by Cezary Staniszewski.

Shooting competitions at the 2020 Summer Olympics in Tokyo are scheduled to take place from 25 July to 2 August at the Asaka Shooting Range. Unlike in 2016, the number of shooters competing across fifteen different events at these Games has been reduced from 390 to 360, with an equal distribution between men and women. Furthermore, several significant changes were instituted in the Olympic shooting program, including the substitution of three male-only events, with the mixed team competitions.

Prakash Nanjappa is an Indian shooter who competes in the 10 metre air pistol and 50 metre pistol events. He was the only Indian to win a medal in the 2013 ISSF World Cup, when he won bronze with a very minor difference between the second place in 10 metre air pistol event in Changwon, South Korea. In the same event, he won the silver medal at the 2014 Commonwealth Games in Glasgow.

This article details the qualifying phase for shooting at the 2020 Summer Olympics. 300 quota places for the Games are entitled to the shooters coming from their respective NOCs, based on the results at designated ISSF supervised Championships subjected to the ISSF rules from September 1, 2018 to May 31, 2020. Host nation Japan has been guaranteed twelve quota places with one in each of the individual events. Four quota places will be awarded to the shooters competing in each of the mixed team events, while the highest-ranked shooter, who has not qualified yet or whose NOC does not have a berth in any of the twelve individual events, will obtain a direct Olympic quota place through the World Rankings. The remaining twenty-four quota places are available to the eligible NOCs under the Tripartite Commission Invitation, with two in each of the individual event, to attain a maximum number of 360.

Saurabh Chaudhary is an Indian sport shooter. He won the gold medal at the 2018 Asian Games in 10 m Air Pistol. He was the youngest Indian gold medalist at the Asian Games. He had earlier won gold medals and set a new junior world record in the ISSF Junior World Cup in Suhl, Germany. He is the only Indian shooter to win a gold medal in ISSF World Championship, ISSF World Cup, Youth Olympic Games,Asian Games and Asian Air Gun Championship. He broke his own world record with a score of 245.5 and claimed gold in Junior Men 10m Air Pistol at 2018 World Championship in Changwon, Korea.

Lin Ying-shin is a Taiwanese sports shooter. She won her first gold medal at the 2018 ISSF World Cup in Munich in the 10 m air rifle. Lin started off the 2018 season by winning a Junior World Cup silver medal in Sydney, and then claimed a silver in the open category at the ISSF World Cup stage 2 in Changwon. Lin competed at the 2018 Asian Games, and claimed the first gold medal for the Chinese Taipei contingent after finished in the first place in the mixed 10 metre air rifle team event partnered with Lu Shao-chuan. She finished third at the International Shooting Sport Federation World Cup in 2019, guaranteeing a place at the 2020 Summer Olympics.

Yashaswini Singh Deswal is an Indian sport shooter. She won the gold medal in the 10 metre air pistol event at the 2019 ISSF World Cup in Rio de Janeiro and secured a quota position for India at the 2020 Summer Olympics.