It derives its title from Braxton's book Toni Braxton Unbreak My Heart a Memoir and her most notable hit "Un-Break My Heart". The film stars Lex Scott Davis as Toni Braxton, Debbi Morgan as Evelyn Braxton, Skye P. Marshall as Towanda Braxton, Tiffany Hines as Tamar Braxton and Gavin Houston as Kenneth "Babyface" Edmonds. The film was directed by Vondie Curtis Hall and written by Susan McMartin, Toni Braxton and Nicole Jefferson. [1]

The biopic follows the Toni Braxton's journey from her discovery by mega producers L.A. Reid and Kenneth "Babyface" Edmonds, to her battle with Lupus. The movie also delves into how she made it through her public divorce all while navigating her son's autism and family struggles. "Toni Braxton: Unbreak My Heart" chronicles the untold measures the wildly talented artist took to make herself and her family whole again, becoming a global inspiration. [2]

On September 15, 2015 it was announced Lifetime Network green lighted the original movie, based on Toni Braxton's memoir "Unbreak My Heart". [3] [4] The film was shot in Vancouver, Canada during fall 2015 confirmed by Braxton in an interview with ABC News.

"I tried to stay away from the film's set in Vancouver as much as possible. "I didn't want to make Lexi uncomfortable. I wanted her to be relaxed playing me and it was really hard for me to be objective," she explained of her absence."

Hollywood.com gave a mixed response towards the biopic stating "Toni Braxton's biopic was like watching whip lash – heavily censored whip lash. There were so many parts left out that watching the movie felt like a parody at times. The casting wasn’t much better but aside from these glaring issues, the movie was very well watched and anticipated." [9] 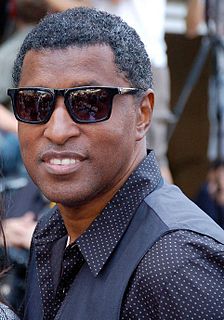 Kenneth Brian Edmonds, better known by his stage name Babyface, is an American singer, songwriter and record producer. He has written and produced over 26 number-one R&B hits throughout his career, and has won 11 Grammy Awards. He was ranked number 20 on NME's 50 of The Greatest Producers Ever list. 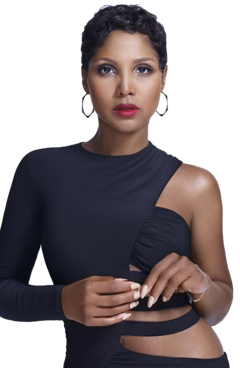 Toni Michele Braxton is an American singer, songwriter, pianist, actress, and television personality. She has sold over 70 million records worldwide as of 2020, including 41 million albums, and is one of the highest-selling female R&B artists in history. Braxton has won seven Grammy Awards, nine Billboard Music Awards, seven American Music Awards, and numerous other accolades. In 2011, Braxton was inducted into the Georgia Music Hall of Fame. In 2017 she was honored with the Legend Award at the Soul Train Music Awards. 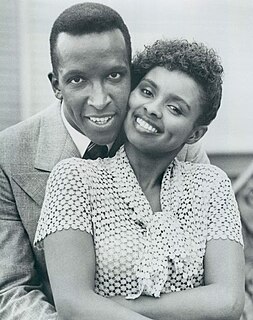 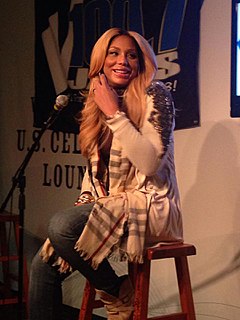 Bille Woodruff is a music video and film director, noted for directing many videos for a number of R&B and hip-hop artists since the mid-1990s. These artists include Joe, for whom Woodruff has directed 9 music videos since 1994, and Toni Braxton, with whom he has worked 10 times since 1996. Woodruff directed the videos for some of Braxton's biggest singles, including "Un-Break My Heart", "You're Makin' Me High", and "He Wasn't Man Enough". 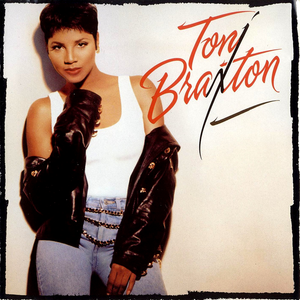 Toni Braxton is the debut studio album by American singer Toni Braxton. It was released on July 13, 1993, by LaFace Records and Arista Records.

Libra is the sixth studio album by American recording artist Toni Braxton. It was released by Blackground Records on September 27, 2005 in the United States, while its international release was handled by several partners. It marked Braxton's debut on the label, following her split with longtime record company Arista Records in 2003 after the release of her album More Than a Woman (2002), which was commercially less successful than its predecessors. The album's title is a reference to Braxton's astrological sign, Libra. 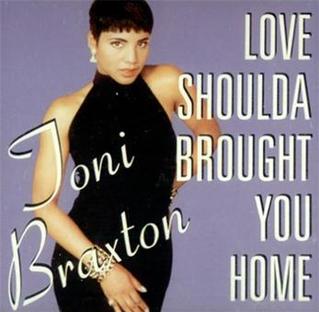 "Love Shoulda Brought You Home" is the debut solo single by American singer Toni Braxton. It was written by Kenneth "Babyface" Edmonds, Daryl Simmons, and Bo Watson and produced by Edmonds and Simmons along with L.A. Reid. Originally written for singer Anita Baker, who had to decline due to her pregnancy, it was eventually recorded by Braxton and featured on the soundtrack to Reginald Hudlin's romantic comedy film Boomerang (1992). The song was later also included on Braxton's self titled debut album (1993). Lyrically, the slow-groove R&B song is saga of betrayal and infidelity that depicts a heartbroken Braxton. 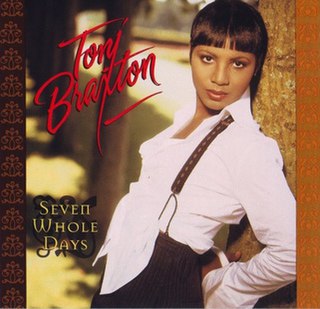 "Seven Whole Days" is a song performed by American singer Toni Braxton. It serves as the third single from her self-titled debut album (1993). Written and produced by Kenneth Edmonds, Antonio Reid and Daryl Simmons, the track describes a romance that was fading. As the single was not commercially released in the United States, it was ineligible to chart on the Billboard Hot 100, and only managed to chart on the Hot 100 Airplay at number forty-eight in early March 1994. Nevertheless, it successfully topped the Hot R&B/Hip-Hop Airplay in late January 1994. 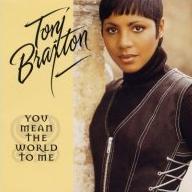 "You Mean the World to Me" is a song by American singer-songwriter Toni Braxton. It was written and prodcued by Antonio "L.A." Reid, Kenneth "Babyface" Edmonds, and Daryl Simmons for her self-titled debut album (1993). Selected as the album's fourth single, it was released on CD in April 1994. "You Mean the World to Me" peaked at number 7 on the US Billboard Hot 100 and number 3 on the Billboard Hot R&B Singles chart, while reaching the top ten of the Canadian Singles Chart. 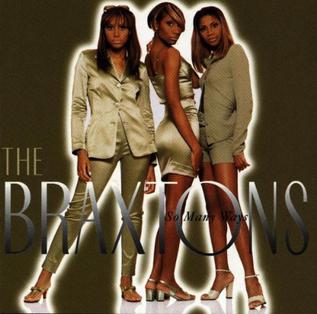 Traci Renee Braxton, is an American singer, reality television personality and radio personality. She is the younger sister of American R&B singer Toni Braxton. In 2011, Braxton reunited with her sisters for the WE tv reality show Braxton Family Values. The first season was the No. 1 rated reality show on WE tv, and the network ordered a 13-episode second season of the show after the third episode. 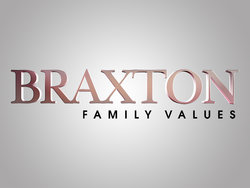 Braxton Family Values is an American reality television series that airs on WE tv and premiered on April 12, 2011. It chronicles the lives of the Braxton sisters—Toni, Traci, Towanda, Trina and Tamar—plus their mother, Evelyn. 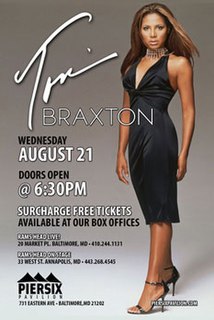 The 2013 Summer Tour was the third concert tour by American pop/R&B singer Toni Braxton. The tour kicked off in Las Vegas on August 9, 2013 and ended in Atlanta on August 31, 2013. Toni's sisters, Trina and Towanda Braxton, were featured on the tour as background singers. 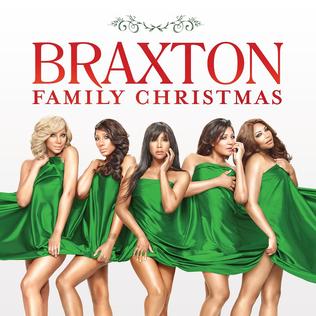 Braxton Family Christmas is the first Christmas album, and second studio album overall, by R&B female group The Braxtons. The album was released on October 30, 2015, by Def Jam. 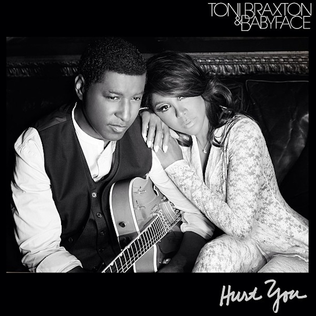 "Hurt You" is a song by American recording artists Toni Braxton and Babyface. It was written by Braxton and Babyface along with Daryl Simmons and Antonio Dixon for their collaborative studio album Love, Marriage & Divorce (2014), while production was helmed by Babyface. The song was released on August 17, 2013 as the lead single from the album. It topped the US Adult R&B Songs and was ranked fifth on the chart's year-end listing. 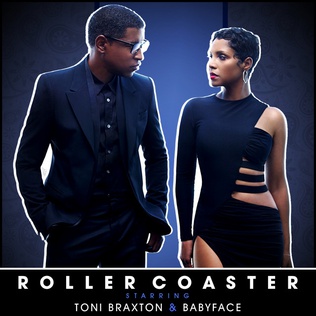 "Roller Coster" is a song by American recording artists Toni Braxton and Babyface. It was written by Babyface, Daryl Simmons, and Antonio Dixon for their collaborative studio album Love, Marriage & Divorce (2014), while production was helmed by former. The song was released on May 24, 2014 as the album's third and final single. "Roller Coaster" peaked at number 17 on the US Adult R&B Songs and was ranked 48th on the chart's year-end listing. Braxton and Babyface performed on their joint Toni Braxton & Babyface African Tour in 2015. 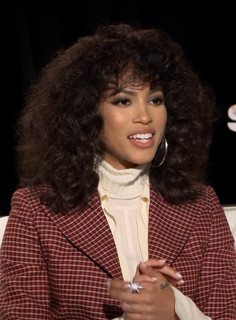 Alexis Scott Davis is an American actress. She is known for playing Nya in The First Purge and Toni Braxton in the 2016 Lifetime television film Toni Braxton: Unbreak My Heart. In 2017, she had a starring role in the short-lived CBS drama series Training Day.