Tonny may also refer to:

Tonne is a metric unit of mass.

Mark may refer to:

Center or centre may refer to:

Tony may refer to:

Gemeinschaft and Gesellschaft, generally translated as "community and society", are categories which were used by the German sociologist Ferdinand Tönnies in order to categorize social ties into two dichotomous sociological types which define each other. Max Weber, a founding figure in sociology, also wrote extensively about the relationship between Gemeinschaft and Gesellschaft. Weber wrote in direct response to Tönnies.

Tunny may refer to:

Black is a color corresponding to the absence of light.

Tönnies is a surname. Notable people with the surname include:

Bulletin or The Bulletin may refer to:

Slot, the slot or Slots may refer to:

Tonna may refer to:

Toney may refer to:

Tinny may refer to:

Doom may refer to: 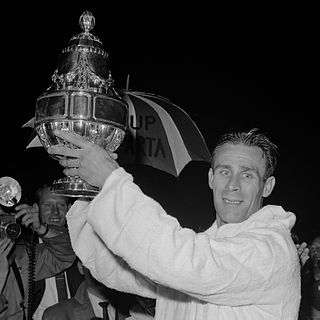 Tonne, Tønne, or Tönne are Norwegian masculine given names that are diminutive forms of the name Antonius and an alternative form of the name Tönius in Norway, while Þonne is an Old Norse feminine given name that is an alternate form of Torny. They may refer to the following people:

Toine is a Dutch given name and a nickname with both masculine and feminine uses. It is a short form of Antoine and a diminutive form of Antonius, Anton, Antoon, Anthonis, Anthoon, Antonie, and Antonis used in Belgium, Netherlands, Suriname, South Africa, Namibia, and Indonesia. Notable people with this name include the following:

Toney is a given name and a nickname. Notable people with this name include the following:

Tonny and Þonny are given names. Tonny is a diminutive Swedish, Danish, Finnish, Dutch, Greenlandic and Norwegian unisex form of the given names Antonia, Antonius, Anton, Antoon, Anthonis, Anthoon as well as a Scandianvian masculine version of the name Toni and pet form of names ending with the element "-ton" that is popular in Finland, Denmark, Sweden, Norway, Holland, Indonesia, South Africa, Namibia, Suriname, Republic of Karelia, Estonia and Greenland. Þonny is a feminine given name that is a form of Torny.