Tony Evans may refer to:

Anthony William Evans is an English footballer who played as a midfielder in the Football League for Colchester United.

Tony Evans, Th.D, is a Christian pastor, speaker, author, and a widely syndicated radio and television broadcaster in the United States. He is the first African American to earn a doctorate in Theology from Dallas Theological Seminary. He taught evangelism, homiletics and black church studies at DTS, and serves on its Board of Incorporate Members.

Gareth Evans may refer to:

Bart is a masculine given name, usually a diminutive of Bartholomew, sometimes of Barton, Bartolomeo, etc. It is also a surname.

James, Jimmy or Jim Kelly may refer to:

Paul Johnson may refer to:

Bob Wilson may refer to:

Kevin Smith is an American filmmaker, actor and comedian

Bill Johnson may refer to: 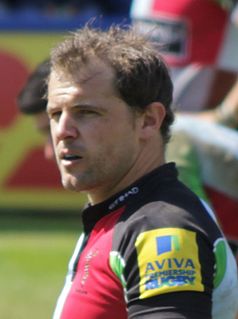 Nicholas John Evans is a former New Zealand rugby union footballer. He played at fly-half and fullback. He joined Harlequins for the 2008–09 Guinness Premiership season, and remained with the club until his retirement on a deal reportedly worth £320,000 a year. He retired at the end of the 2016-17 season and is now a coach for Quins.

Zac is a masculine given name, often a short form (hypocorism) of Zachary. It may refer to:

James or Jim Carroll may refer to:

Scott Brown may refer to:

Callum is a Scottish Gaelic name meaning 'Dove King' that commemorates the Latin name Columba. Callum was popular among early Christians because the dove was a symbol of purity, peace and the Holy Spirit. St. Columba was one of the most influential of the early Celtic saints. The name may also be spelled "Calum" or "Calumn". Callum is a popular name, especially in Scotland where it was the 34th most popular name for baby boys in 2017.

Ray Taylor may refer to:

Pascoe is a Cornish given name and surname which means "Easter children" from the Cornish language Pask, cognate of Latin Pascha ("Easter"). Pascoe is a Cornish pet form of name Pascal, introduced by the Norman knights into England after the Conquest started in 1066, and derives from the Latin paschalis, which means "relating to Easter" from Latin Pascha ("Easter"). Alternative spellings are: Pasco, Pascow, Pascho. Pascoe is the most common Cornish name.

Jack Evans may refer to: