In 1976, he played in the National Soccer League with Toronto Italia. [3]

Lawrence High School (LHS) is a four-year comprehensive public high school in Lawrence Township, Mercer County, New Jersey, United States, serving students in ninth through twelfth grades as the lone secondary school of the Lawrence Township Public Schools. The school is located in the Lawrenceville section of the township. The school has been accredited by the Middle States Association of Colleges and Schools Commission on Elementary and Secondary Schools since 1992. 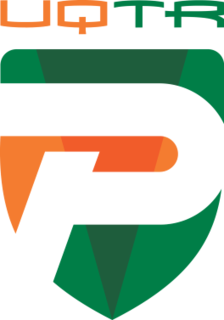 The UQTR Patriotes are the athletic teams that represent the Université du Québec à Trois-Rivières in Trois-Rivières, Quebec, Canada. The university features teams in swimming, golf, hockey, soccer, cross-country, volleyball and cheerleading. Notably, the men's ice hockey team has won four University Cup national championships since the program was first established in 1969. The men's soccer team has won one national championship, coming in 2019.

The Toronto Blizzard were a professional soccer club based in Toronto, Ontario, Canada that played in the North American Soccer League.

Martino "Tino" Lettieri is a former NASL and MISL professional soccer goalkeeper, who represented Canada twice at the Summer Olympics: 1976 and 1984 and at the 1986 FIFA World Cup.

Glenn "Mooch" Myernick was an American soccer player and coach. He won the 1976 Hermann Trophy as that year’s outstanding collegiate player. He then spent eight seasons in the North American Soccer League and one in Major Indoor Soccer League. Myernick also earned 10 caps with the U.S. national team. After retiring from playing professionally, Myernick spent over twenty years as a professional and national team coach.

Yilmaz Orhan is a former football forward who played professionally in the United States and England. 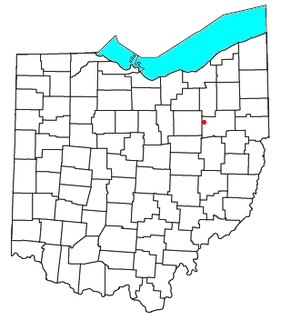 North Lawrence is a census-designated place in southwestern Lawrence Township, Stark County, Ohio, United States. Although it is unincorporated, it has a post office, with the ZIP code of 44666. The community is part of the Canton–Massillon Metropolitan Statistical Area. North Lawrence is also the site of the water resort Clay's Park. Its main road is Ohio State Route 93, and it is one mile south of Canal Fulton.

The Seattle Sounders were a U.S. professional soccer team based in Seattle, Washington. Founded in 1974, the team belonged to the North American Soccer League where it played both indoor and outdoor soccer. The team folded after the 1983 NASL outdoor season.

Lawrence High School is a school public secondary school in Fairfield, Maine, United States. It is a part of the Maine School Administrative District (MSAD) 49 and is the district's only public high school. Lawrence serves students from the four towns of Albion, Benton, Clinton, and Fairfield. It offers dual enrollment credits through the local colleges Thomas and KVCC. Students can also earn college credits through a variety of AP classes.

Lawrence Olum is a Kenyan professional footballer who plays as a defender and midfielder.

Ashley Lawrence is a Canadian soccer player who plays for Paris Saint-Germain in Division 1 Féminine. She is a member of the Canadian national team. 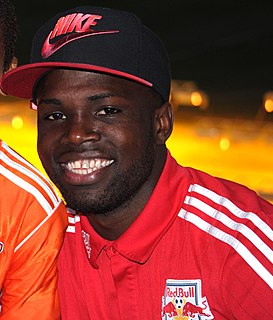 Lawrence E. Briggs was an American soccer coach who is best known for being the first men's soccer coach for the UMass Minutemen soccer program. Additionally, Briggs is known for being a founder of the National Soccer Coaches Association of America and served as their president in 1947. He was also a founding member of the now-defunct New England Intercollegiate Soccer League which served as a foundation for modern college soccer in the United States.

The 1976 Balkans Cup was an edition of the Balkans Cup, a football competition for representative clubs from the Balkan states. It was contested by 6 teams and Dinamo Zagreb won the trophy.

Bernie McKinnon was a Canadian ice hockey, lacrosse, soccer and tennis coach for St. Lawrence for over 30 years. He was the head coach both men's and women's teams for most sports as well as for freshman teams when varsity status was limited to three years.