Christopher or Chris Jones may refer to:

Mark is a common male given name and is derived from old Latin "Mart-kos", which means "consecrated to the god Mars", and also may mean "God of war" or "to be warlike". Marcus was one of the three most common Roman given names.

The following lists events that happened during 1990 in New Zealand.

The following lists events that happened during 1991 in New Zealand.

Lewis is a surname in the English language. It has several independent origins.

Gavin is a male given name originating from Scotland. It is a variation on the medieval name Gawain, meaning "God send" or "white hawk". Sir Gawain was a knight of King Arthur's Round Table. Sir Gawain and the Green Knight is an epic poem connected with King Arthur's Round Table. Gawain beheads the Green Knight who promptly replaces his head and threatens Gawain an identical fate the same time next year. Decapitation figures elsewhere: the Italian name Gavino (considered equivalent to Gavin) is the name of an early Christian martyr who was beheaded in 300 AD, his head being thrown in the Mediterranean Sea only later reunited and interred with his body.

Rhodes is a locational surname, with other spellings Rhoades, Rhoads, Roads, Roades, and Rodes, deriving from the Old English rod, meaning "a clearing in the woods", or from one of a number of locations from this word. Topographical features provided obvious and convenient means of identification in the small communities of the Middle Ages, giving rise to various surnames. Locational surnames arose when former inhabitants of a place moved to another town or area and were identified by the name of their birthplace.

Bird is an English surname, probably deriving from the vertebrates of the same name. Another common variant of this surname is "Byrd."

Jansen is a Dutch/Flemish and Low German patronymic surname meaning son of Jan, a common derivative of Johannes. It is equivalent to the English surname Johnson. The near homonyms "Jensen" and "Jansson" are its Danish, Norwegian and Swedish counterparts.

Burgess is a surname. Notable people with the name include:

Flannery is a convention in the game of contract bridge.

Ethan is a male given name of Hebrew origin that means "firm, enduring, strong and long-lived". The name Ethan appears eight times in the Hebrew Bible. See Ethan.

Bond is a surname. Notable people with the surname include: 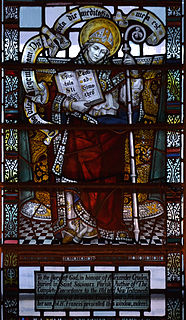 Tim is a masculine name, originally a short form of Timothy. It is a version of the Greek name Τιμόθεος (Timόtheos) meaning "honouring" (Τιμό) "God" (θεος).Tim is a common name in several countries.