Tony Peak may refer to:

Bob Merrill was an American songwriter, theatrical composer, lyricist, and screenwriter. He was one of the most successful songwriters of the 1950s on the US and UK single charts. He wrote musicals for the Broadway stage, including Carnival! and Funny Girl (lyrics). 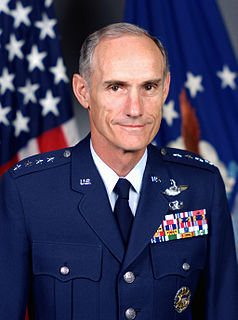 Merrill Anthony "Tony" McPeak is a retired 4-star general in the United States Air Force whose final assignment before retirement was as the 14th Chief of Staff of the Air Force from 1990 to 1994.

Take Me Along is a musical based on the Eugene O'Neill play Ah, Wilderness, with music and lyrics by Bob Merrill and book by Joseph Stein and Robert Russell. 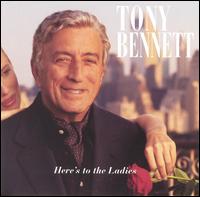 Here's to the Ladies is an album by Tony Bennett, released in 1995.

Grants Pass High School is a public high school located in Grants Pass, Oregon, United States. The school colors are blue and white, and the mascot is the Caveman. The mascot is a reference to the Oregon Caves National Monument, which is an important tourist attraction in nearby Cave Junction, Oregon.

"I'll Be Around" is a popular song written by Alec Wilder and published in 1942. The song has become a well-known standard, recorded by many artists. 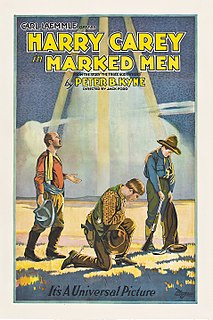 Marked Men is a 1919 American silent Western film directed by John Ford and starring Harry Carey. Considered to be lost, it is a remake of the 1916 film The Three Godfathers, which also starred Carey.

WRVM is a Christian radio station licensed to Suring, Wisconsin, broadcasting on 102.7 MHz FM. WRVM serves all of Northeast Wisconsin, including Green Bay and Appleton. The station began broadcasting September 17, 1967, and has always aired a Christian format.

The MacIntyre Mountains or MacIntyre Range is a range of mountains in the High Peaks region of the Adirondacks, due west of Mount Marcy, in northeastern New York State. The range runs 8 miles (13 km) from southwest to northeast. Its sheer southwest slope makes up one side of Indian Pass, and a northeastern spur forms the cliffs of Avalanche Pass.

The Ingram Merrill Foundation was a private foundation established in the mid-1950s by poet James Merrill (1926-1995), using funds from his substantial family inheritance. Over the course of four decades, the foundation would provide financial support to hundreds of writers and artists, many of them in the early stages of promising but not yet remunerative careers. Dissolved in 1996 a year after Merrill's death, the Ingram Merrill Foundation was at that point disbursing approximately $300,000 a year.

Sinatra and Friends is an American television special that aired on April 21, 1977. Featuring contemporary artists such as John Denver and Natalie Cole, as well as Dean Martin, Tony Bennett, Loretta Lynn, Leslie Uggams and Robert Merrill, Sinatra performs duets of standards in different styles such as folk and disco in addition to each singer performing solo.

"Saints and Sinners" is a song by American alternative metal band Godsmack. It is the third single from the band's fifth studio album, The Oracle.

Charge of the Lancers is a 1954 American Technicolor adventure film directed by William Castle and starring Paulette Goddard and Jean-Pierre Aumont. During the Crimean War, a French officer attached to the British forces takes part in trials for a secret weapon and becomes entangled with a Gypsy woman.

Love Story is an album by Tony Bennett, released in 1971. The album reached a peak position of number 67 on the Billboard 200. The album was conducted and arranged by Dick Hyman, Marion Evans, Marty Manning, Ralph Burns and Torrie Zito.

Merrill, legally Merrill Lynch, Pierce, Fenner & Smith Incorporated and previously branded as Merrill Lynch, is an American investing and wealth management division of Bank of America. Along with BofA Securities, the investment banking arm, both firms engage in prime brokerage and broker-dealer activities. The firm is headquartered in New York City, and once occupied the entire 34 stories of 250 Vesey Street, part of the Brookfield Place complex in Manhattan. Merrill employs over 14,000 financial advisors and manages $2.3 trillion in client assets. The company also operates Merrill Edge, an electronic trading platform.

McPeak is a surname. Notable people with the surname include:

They Met in a Taxi is a 1936 American comedy film directed by Alfred E. Green and starring Chester Morris, Fay Wray and Raymond Walburn.