Too Good to Be True

Too Good to Be True can refer to:

Too Good to Be True is a 1988 American made-for-television drama film starring Loni Anderson, Patrick Duffy, Daniel Baldwin, Glynnis O'Connor, Larry Drake, Neil Patrick Harris, James Sikking, and Julie Harris. It was adapted for the small screen by Timothy Bradshaw, based on the novel Leave Her to Heaven by Ben Ames Williams and was directed by Christian I. Nyby II. After John M. Stahl's Leave Her to Heaven, this is the second film adaption of Williams' book.

Too Good To Be True is an album by The Everly Brothers, released in 2005. 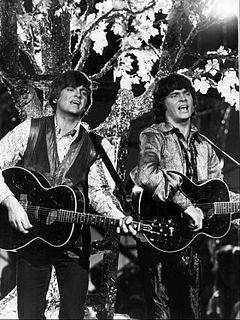 The Everly Brothers were an American country-influenced rock and roll duo, known for steel-string acoustic guitar playing and close harmony singing. Isaac Donald "Don" Everly and Phillip Jason "Phil" Everly were inducted to the Rock and Roll Hall of Fame in 1986 and the Country Music Hall of Fame in 2001. 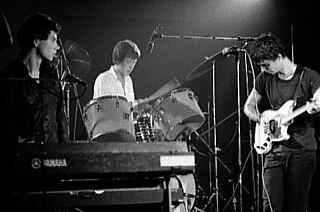 Talking Heads were an American rock band formed in 1975 in New York City and active until 1991. The band comprised David Byrne, Chris Frantz (drums), Tina Weymouth (bass), and Jerry Harrison. Described by the critic Stephen Thomas Erlewine as "one of the most critically acclaimed bands of the '80s," the group helped to pioneer new wave music by integrating elements of punk, art rock, funk, and world music with avant-garde sensibilities and an anxious, clean-cut image.

Jars of Clay is a Christian rock band from Nashville, Tennessee. They met at Greenville College in Greenville, Illinois.

Thomas Earl Petty was an American singer-songwriter, multi-instrumentalist, record producer, and actor. He was the lead singer of Tom Petty and the Heartbreakers, formed in 1976. He previously led the band Mudcrutch. He was also a co-founder of the late 1980s supergroup the Traveling Wilburys.

Law and Order may refer to:

Thomas Giles Robinson is a British singer-songwriter, bassist, radio presenter and long-time LGBT rights activist, best known for the hits "Glad to Be Gay", "2-4-6-8 Motorway", and "Don't Take No for an Answer", with his Tom Robinson Band. He later peaked at No. 6 in the UK Singles Chart with his solo single "War Baby".

Tom Robinson Band (TRB) are a British rock band, established in 1976 by singer, songwriter and bassist Tom Robinson. The band's debut single "2-4-6-8 Motorway" was a top five hit on the UK Singles Chart in 1977, and their third single, "Up Against the Wall", is seen by some as a classic punk rock single; while their début album, Power in the Darkness (1978), is regarded as a definitive late Seventies punk album. 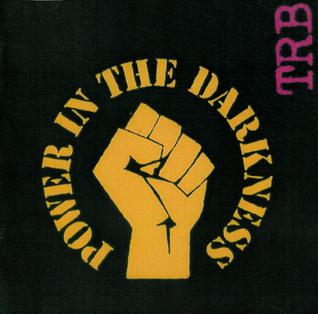 Power in the Darkness is the debut studio album by English punk band Tom Robinson Band, released in early 1978. The UK LP had ten tracks. It included inside the album cover a stencil similar to the cover art, but with the album title replaced by "Tom Robinson Band"; it held the warning, "This stencil is not meant for spraying on public property!!!". The US release was packaged with a seven-track bonus LP. The 1993 CD re-release included all 17 tracks. Two more tracks were included on a 2004 re-release.

"Too Good to Be True" is a popular song composed by dentist-songwriter Clay Boland and published in 1936. It has since been recorded by many jazz and swing musicians including Benny Goodman and Roy Eldridge. 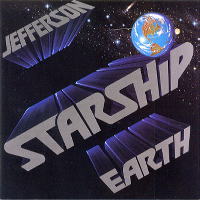 Earth is the fourth album by Jefferson Starship. The album was recorded in 1977, with the same band lineup as the previous album, Spitfire and released in 1978.

TRB Two – also known as TRB2 – is the second studio album by Tom Robinson Band. It was recorded days after the original drummer, Dolphin Taylor, left the band. The TRB disbanded four months after its release. Steve Ridgeway designed the cover. 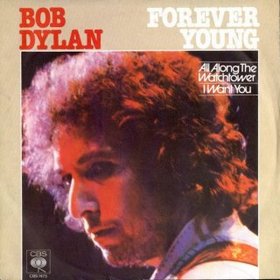 Tommy Alverson is a Texas Country musician from Fort Worth, Texas. He attended and played varsity football at Itasca High School with Austin’s Sam Baker. During junior college, he played guitar with James Hand, and later produced Hand’s first album.

A House: Live in Concert is the sixth album-length release from Irish rock band A House. It is a live album and was released after the band’s career had officially ended. Its liner notes include the names of all former members of A House, and the sign off, “Over and Out. Amen.”

Clay Boland was a dentist and composer of popular songs. He was born October 25, 1903 in Olyphant, Pennsylvania, USA.

"War Baby" is a song by Tom Robinson, released as a single in 1983. It reached No. 6 on the UK singles chart, and was included on Robinson's 1984 album Hope and Glory.

November Girl is an album by vocalist Carmen McRae and the Kenny Clarke/Francy Boland Big Band recorded in London in 1970 and originally released on the Black Lion label in 1975.