Toon Lenaerts (born 16 July 1990) is a Belgian footballer who currently plays for K.F.C. Dessel Sport in the Belgian Second Division as a centre-back. 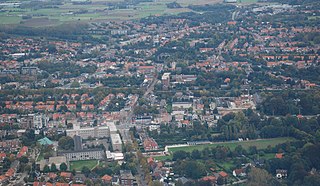 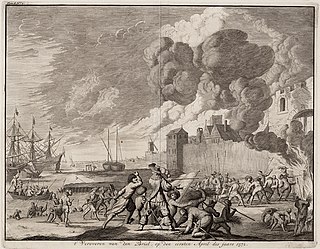 The Capture of Brielle by the Watergeuzen, on 1 April 1572 marked a turning point in the uprising of the Low Countries against Spain in the Eighty Years' War. Militarily the success was minor as the port of Brielle was undefended, but it provided the first foothold on land for the rebels at a time when the rebellion was all but crushed, and it offered the sign for a new revolt throughout the Netherlands which led to the formation of the Dutch Republic.

The Sluitingsprijs Oostmalle is a cyclo-cross race held in Oostmalle, Belgium, which is part of the BPost Bank Trophy until 2014. Since the 2014-2015 season it became an independent race but still with the back-up from the UCI. It is traditionally the last important race of the cyclo-cross season. The race is held in the woods of Christophe Lenaerts and the military airfield.

Edward Sels is a former Belgian professional road bicycle racer. He was professional from 1963 to 1972, winning 35 races. He was road champion of Belgium in 1961 (Military) and 1964. He won seven stages in the Tour de France and one in the Giro d'Italia. He wore the yellow jersey for two days in the 1964 Tour de France. His sister, Rosa Sels, was a cyclist too.

Koen Lenaerts, Baron Lenaerts is a Belgian jurist and the President of the Court of Justice of the European Union. He is also a Professor of European Law at the Katholieke Universiteit Leuven and was a member of the Coudenberg group, a Belgian federalist think tank.

The Kiss is a 2004 Flemish film directed and written by Hilde Van Mieghem.

Leys may refer to:

Belgium chose their Junior Eurovision entry for 2006 through Eurosong for Kids, a national final consisting of 10 songs competing over two semi-finals and a final. The winner of Junior Eurosong was Thor!, with the song "Een tocht door het donker".

Disney Junior is a Dutch pay television station for young children, owned by The Walt Disney Company. It shares its video feed with Disney Junior Scandinavia and featured an additional Dutch audio track for its viewers in the Netherlands and Flanders. It closed down in the Netherlands, but continues broadcasting in Flanders. Viewers in Wallonia, Brussels and Luxembourg receive the French version, which has the same schedule.

Schalkse Ruiters, translated as "Roguish Horsemen", was a Flemish humoristic TV talk and game show, broadcast on the TV channel Eén between late 1996 and early 1998. The program was a cross between a comedy show, a talk show, a game show and a mockumentary. Hosted by Bart De Pauw and Tom Lenaerts viewers were shown three video reports about three different topics. The people in the studio and viewers at home had to vote whether they believed each individual video to be real or staged. In between these reports hidden camera segments and comedy sketches were shown.

Nick Gillekens is a Belgian footballer who is currently playing for Excel Mouscron in the Belgian First Division A as a Goalkeeper.

Lenaerts and Lenaers are Dutch patronymic surnames most common in Belgium. Lenaert is an archaic Dutch form of Leonard. People with this surname include:

Pleurotomella grimmertingenensis is an extinct species of sea snail, a marine gastropod mollusk in the family Raphitomidae.

Pleurotomella neerrepenensis is an extinct species of sea snail, a marine gastropod mollusk in the family Raphitomidae.

Toon is an Dutch masculine given name that is a diminutive form of Antonie used in Belgium, Netherlands, South Africa, Namibia, Indonesia and Suriname. Notable people with the name include the following:

Toon Raemaekers is a Belgian professional footballer who plays for OH Leuven in the Belgian First Division A.