Toos may refer to:

Mani may refer to:

Asian may refer to: 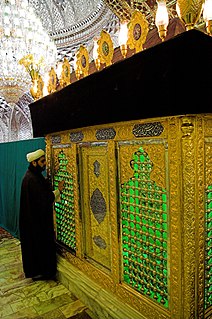 Mullah is derived from the Arabic word mawlā, meaning "vicar", "master" and "guardian". However, since this word is used ambiguously in the Quran, some publishers have described its usage as a religious title as inappropriate. The term is sometimes applied to a Muslim man, educated in Islamic theology and sacred law. In large parts of the Muslim world, particularly Iran, Pakistan, Azerbaijan, Afghanistan, Eastern Arabia, Turkey and the Balkans, Central Asia, the Horn of Africa and other parts of the Indian subcontinent, it is the name commonly given to local Islamic clerics or mosque leaders.

The Buyid dynasty, or the Buyids, was a Shia Iranian dynasty of Daylamite origin. Coupled with the rise of other Iranian dynasties in the region, the approximate century of Buyid rule represents the period in Iranian history sometimes called the 'Iranian Intermezzo' since, after the Muslim conquest of Persia, it was an interlude between the rule of the Abbasid Caliphate and the Seljuk Empire.

Bin may refer to: 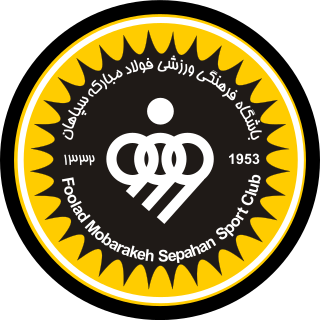 Foolad Mobarakeh Sepahan Sport Club, commonly known as Sepahan S.C., is an Iranian sport club based in Isfahan. They are playing in Iran's top-level competition known as Persian Gulf Pro League. With 5 championships, is one of the most successful football clubs in Iran. In 2002–03 season, they became the first non-Tehran based team to win the Iranian League title. They are also the first Iranian football club who won three consecutive titles in Iranian Football League history.

Allan may refer to:

Kareem is a common given name and surname of Arabic origin that means "generous", "noble", "honorable". It is too one of the Names of God in Islam in the Quran.

In certain jurisdictions, including the United Kingdom and other Westminster-influenced jurisdictions, as well as the United States and the Philippines, primary legislation has both a short title and a long title.

Arun may refer to:

Toon may refer to:

Yusuf is a male Arabic and Aramaic name, meaning "God increases" in Hebrew. Its widely used by Arabs, Indonesians and Muslims.

Amir is a title of rulers or military leaders in many Muslim countries, alternatively written as Emir.

Antoin is an Irish masculine given name that is a derivative of Antonius that is commonly used in Ireland. It may refer to:

Majid are two names of God in Islam.

Aryan is, originally, a term used as a self-designation by Indo-Iranian peoples in ancient times, in contrast to "non-Indo-Aryan" or "non-Iranian" peoples. In Ancient India, the term ā́rya- was used by the Indo-Aryan speakers of the Vedic period as a religious label for themselves, as well as the geographic region known as Āryāvarta, where the Indo-Aryan culture emerged. Similarly, ancient Iranian peoples used the term airya- as an ethnic label for themselves in the Avesta scriptures, and the root forms the etymological source of the place names Iran and Alania.

Nakhchivan or Nakhichevan may refer to: