Top Deck was a low alcohol shandy drink available in a variety of flavours and marketed to children in the United Kingdom from the 1960s to the 1980s. [1] It was a brand of the Beecham Group until 1986 when it was sold along with the more popular brand Tango, along with the UK franchises for Pepsi and 7-Up, to Britvic. [2]

Cola is a sweetened, carbonated soft drink flavored with vanilla, cinnamon, citrus oils and other flavorings. Most contain caffeine, which was originally sourced from the kola nut, leading to the drink's name, though other sources are now also used. Cola became popular worldwide after pharmacist John Pemberton invented Coca-Cola in 1886, which was later imitated by other manufacturers. His non-alcoholic recipe was inspired by the coca wine of pharmacist Angelo Mariani, created in 1863.

A soft drink is a drink that usually contains carbonated water, a sweetener, and a natural or artificial flavoring. The sweetener may be a sugar, high-fructose corn syrup, fruit juice, a sugar substitute, or some combination of these. Soft drinks may also contain caffeine, colorings, preservatives, and/or other ingredients.

7 Up is an American brand of lemon-lime-flavored non-caffeinated soft drink. The rights to the brand are held by Keurig Dr Pepper in the United States and by 7 Up international in the rest of the world. The U.S. version of the 7 Up logo includes a red circle between the "7" and "Up"; this red circle has been animated and used as a mascot for the brand as Cool Spot. Before that, the mascot was a fictional character named Fido Dido created by Joanna Ferrone and Sue Rose. He is still used for outside the U.S. for the limited time only 7 Up retro cups.

Ribena is a British-origin brand of blackcurrant-based uncarbonated and carbonated soft drink and fruit drink concentrate. It was produced by GlaxoSmithKline (GSK) until 2013, when the brand was sold to Suntory.

Orangina is a lightly carbonated beverage made from carbonated water, 12% citrus juice, as well as 2% orange pulp. Orangina is sweetened with sugar or high fructose corn syrup and natural flavors are added.

Lemonade is a sweetened lemon-flavored beverage. 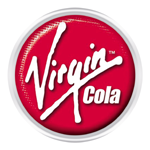 Virgin Cola was a carbonated cola soft drink and was launched in 1994. The beverage became popular in the United Kingdom in the late 1990s, and caught the attention of Coca-Cola, who subsequently began to create lucrative deals with stockists to sway them from carrying Virgin; this meant that whilst the Virgin Cola brand had become popular, it began to decline and fade into obscurity, and by the late 2000s was only available in limited locations. After being discontinued in the UK, it still existed overseas for a short time before ceasing existence.

Diet Pepsi is a no-calorie carbonated cola soft drink produced by PepsiCo, introduced in 1964 as a variant of Pepsi with no sugar. First test marketed in 1963 under the name Patio Diet Cola, it was re-branded as Diet Pepsi the following year, becoming the first diet cola to be distributed on a national scale in the United States. 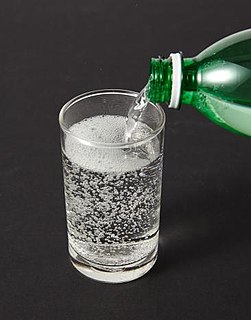 Lemon-lime drinks, also known colloquially as lemonade in the United Kingdom, Australia and New Zealand and as cider in Japan and Korea, are carbonated soft drinks with lemon and lime flavoring. Popular brands include Sprite, 7 Up, and Sierra Mist.

The Beecham Group plc was a British pharmaceutical company. It was once a constituent of the FTSE 100 Index. Beecham, after having merged with SmithKline Beckman to become SmithKline Beecham, merged with Glaxo Wellcome to become GlaxoSmithKline (GSK). GSK still uses the Beechams brand name in the UK for its over-the-counter cold and flu relief products.

Corona was a brand of carbonated soft drink produced by Thomas & Evans Ltd in South Wales, and distributed across the United Kingdom. The firm was created by grocers William Thomas and William Evans when they saw a market for soft drinks caused by the growing influence of the temperance movement. The company's first factory was based in Porth, Rhondda, eventually expanding to 87 depots and factories throughout Britain. Corona was sold to the Beecham Group in 1958 and subsequently to Britvic, but stopped trading as a brand in the late 1990s.

Sunkist is a brand of primarily orange flavored soft drinks that launched in 1979.

Sarsaparilla is a soft drink, originally made from the Smilax ornata or other plants, but now sometimes made with artificial ingredients. In most Southeast Asian countries, it is known as sarsi, and there is a Sarsi brand. It is similar in flavour to root beer.