Topel Lee is an acclaimed Filipino film director, TV director and music video director known for the cinematography in his movies and his strong female characters.

A music video director is the head of music video production. The director conceives of videos' artistic and dramatic aspects while instructing the musical act, technical crew, actors, models, and dancers. They may or may not be in collaboration with the musical act. 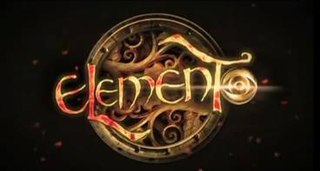 Elemento is a 2014 Philippine television docudrama horror anthology broadcast by GMA Network. It premiered on October 10, 2014 on the network's Telebabad line up. The show concluded on October 31, 2014 with a total of 4 episodes. 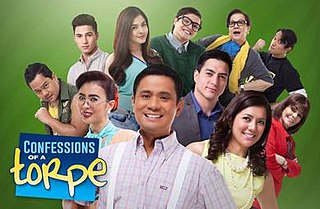 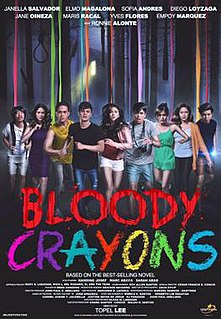 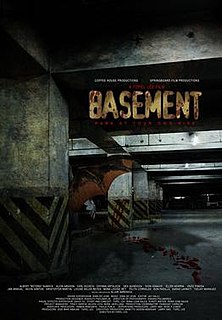 Basement is a 2014 horror film directed by Topel Lee. The film is a joint project by Coffee House Productions and Springboard Film Productions and will be distributed by GMA Films. The film was released on February 12, 2014, serving it as the Valentine offering movie of GMA Films.

Peque Gallaga is a multi-awarded Filipino film-maker. His most significant achievement in film is "Oro, Plata, Mata", which he directed after winning a scriptwriting contest sponsored by the Experimental Cinema of the Philippines. He has received an award from the International Film Festival of Flanders-Ghent, Belgium in 1983; a Special Jury Award from the Manila International Film Festival; and the 2004 Gawad CCP Para sa Sining.

Roger Díaz-Pandaan also known as Ogie Díaz is a Filipino comedian, actor and show business reporter. He is also popularly known as "Pekto", the name of his character in the long-running former television show Palibhasa Lalake. Currently he became of being an assistant in many series. In 2016, he became viral because he pranked by Vice Ganda through a call in MOR 101.9 saying that his number was found backside of the restroom's door.

Chito S. Roño, also known as Sixto Kayko, is a Filipino writer, film producer and film director known for his expansive vision and special-effects-heavy films, most notably Yamashita: The Tiger's Treasure (2001) for which he won the Metro Manila Film Festival for best director. He is also known for his 1997 film Nasaan ang Puso which earned him his first MMFF for best director.

Don Michael Perez is a Filipino television writer, film writer, television director, and film director. He is a resident writer and director of GMA Network.

Aloy Adlawan, a chemical engineer by profession, is a multi-awarded Filipino filmmaker- writer, producer, director, composer. He attended filmmaking courses at the Mowelfund Film Institute in the Philippines and the New York Film Academy in New York City.

Michael Tuviera is a Filipino film director, TV director and music video director. He is known for his stylized filming techniques. He is the son of TAPE Inc. chairman, Antonio Tuviera.

The Gawad Genio Awards was instituted by the Critics' Academy Film Desk of Zamboanga City in the year 2006. This award gives recognition to the year's best in the movie industry in the Philippines.

Dennis Esteban Dominguez Baldivia, better known as Dennis Padilla, is a Filipino comedian, TV host, radio broadcaster and actor. He is the son of the late Dencio Padilla, and the father of actress Julia Barretto. He was a Caloocan City councilor in 2001.

Eduardo Antonio Winsett Gutierrez, Jr. is a Filipino film and television actor best known for his role as Governor Eduardo Buenavista in the original hit teleserye Pangako Sa 'Yo, it was topbilled by Kristine Hermosa, Jericho Rosales, Eula Valdez and Jean Garcia.

Ricardo Cellona known as Tom Olivar born on April 26, 1963 is an actor in the Philippines.

Jose Rizalino "Joel" De Leon Torre is a Filipino actor and producer who is best known for his numerous films such as the biographical film José Rizal (1998), crime thriller film On the Job (2013) and the Historical period drama Amigo (2010), with the latter winning him the Best Actor Award at the 17th Puchon International Fantastic Film Festival. In television, Torre usually plays as a character actor

Chris D. Martinez is a Filipino film screenwriter, director, producer and playwright. He has won Carlos Palanca Memorial Awards for Literature for his plays. He is the author of the book Laugh Trip.

Lloyd Samartino is a Filipino actor.