Toplica may refer to:

The BalkansBAWL-kənz, also known as the Balkan Peninsula, is a geographic area in Southeast Europe with various definitions and meanings, including geopolitical and historical. The region takes its name from the Balkan Mountains that stretch throughout the whole of Bulgaria from the Serbian–Bulgarian border to the Black Sea coast. The Balkan Peninsula is bordered by the Adriatic Sea in the northwest, the Ionian Sea in the southwest, the Aegean Sea in the south, the Turkish Straits in the east, and the Black Sea in the northeast. The northern border of the peninsula is variously defined. The highest point of the Balkans is Mount Musala, 2,925 metres (9,596 ft), in the Rila mountain range, Bulgaria.

Southeast Europe or Southeastern Europe (SEE) is a geographical region of Europe, consisting primarily of the coterminous Balkan Peninsula. There are overlapping and conflicting definitions as to where exactly Southeastern Europe begins or ends or how it relates to other regions of the continent. Sovereign states and territories that are included in the region are, in alphabetical order: Albania, Bosnia and Herzegovina, Bulgaria, Croatia, Greece, Kosovo, Montenegro, North Macedonia, Romania, Serbia, and East Thrace. Sometimes, Moldova and Slovenia are also included. The largest city of the region is Istanbul, followed by Bucharest, Sofia, Belgrade, and Athens.

Gradiška is a city and municipality located in the northwestern region of Republika Srpska, an entity of Bosnia and Herzegovina. As of 2013, it has a population of 51,727 inhabitants.

Petrovac may refer to: 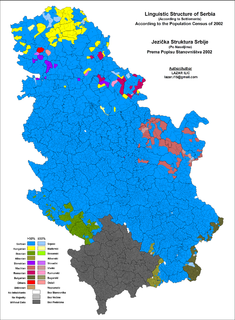 Sušica or Sushitsa may refer to several places: 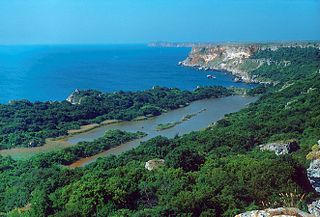 The Balkan mixed forests constitute a terrestrial ecoregion of Europe according to both the WWF and Digital Map of European Ecological Regions by the European Environment Agency. It belongs in the Temperate broadleaf and mixed forests Biome and the Palearctic ecozone.

Blace can refer to:

Toplița is a city in Harghita County, Romania.

Balkan cuisine is a type of Mediterranean cuisine combining European with some Oriental characteristics and may refer to: 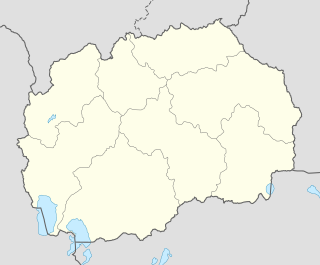 Toplica is a village in the municipality of Vrapčište, North Macedonia.