Last updated January 11, 2020
This article is about the pretzel-based snack. For the light recreational vehicle, see Mitsubishi Toppo. 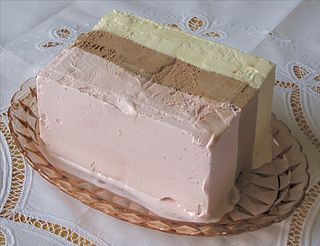 Neapolitan ice cream is a type of ice cream composed of three separate flavors arranged side by side in the same container, usually without any packaging in between.

Hungarian or Magyar cuisine is the cuisine characteristic of the nation of Hungary and its primary ethnic group, the Magyars. Traditional Hungarian dishes are primarily based on meats, seasonal vegetables, fruits, fresh bread, dairy products and cheeses. 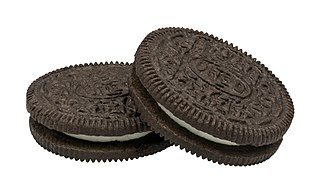 An Oreo is a sandwich cookie consisting of two wafers with a sweet crème filling. Introduced in 1912, Oreo is the best selling cookie brand in the United States. As of 2018, the version sold in the U.S. is made by the Nabisco division of Mondelez International.

An ice cream sandwich is a frozen dessert consisting of ice cream between two biscuits, wafers, or cookies.

Hershey's Kisses is a brand of chocolate manufactured by The Hershey Company. The bite-sized pieces of chocolate have a distinctive shape, commonly described as flat-bottomed teardrops. Hershey's Kisses chocolates are wrapped in squares of lightweight aluminum foil with a narrow strip of paper protruding from the top. 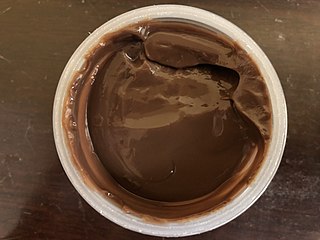 Chocolate puddings are a class of desserts with chocolate flavors. There are two main types: a boiled then chilled dessert, texturally a custard set with starch, commonly eaten in the U.S., Canada, Germany, Sweden, Poland, and East and South East Asia; and a steamed/baked version, texturally similar to cake, popular in the UK, Ireland, Australia, Germany and New Zealand.

A melonpan is a type of sweet bun from Japan, that is also popular in Taiwan, China and Latin America. They are made from an enriched dough covered in a thin layer of crisp cookie dough. Their appearance resembles a melon, such as a rock melon (cantaloupe). They are not traditionally melon flavored, but in recent times it has become popular for manufacturers to add melon to melon bread. Variations exist, including some with a few chocolate chips between the cookie layer and the enriched dough layer, and non-melon versions flavored with caramel, maple syrup, chocolate, or other flavors, sometimes with syrup, whipped or flavored cream, or custard as a filling. In the case of such variations, the name may drop the word "melon" or may keep it despite the lack of melon flavor.

Koala's March is a bite-sized cookie snack with a sweet filling. Made by Lotte, the product was first released in Japan in March 1984, and was released in May 1990 in the United States as "Koala Yummies".

Bonkers was a candy offering from Nabisco in the mid-1980s. It consisted of chewable rectangular-shaped candies with tangy filling. The candy came in a large rectangular package with several of them individually wrapped. Common flavors included grape, orange, strawberry, watermelon and chocolate. 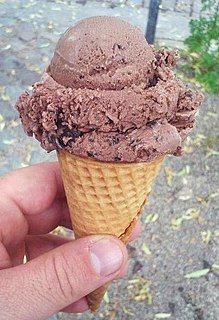 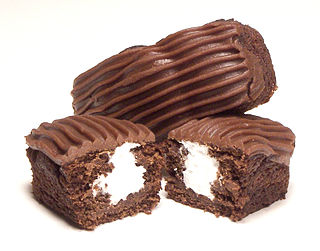 Zingers is a snack cake produced and sold by Dolly Madison and Hostess, snack food brands owned by Hostess Brands. 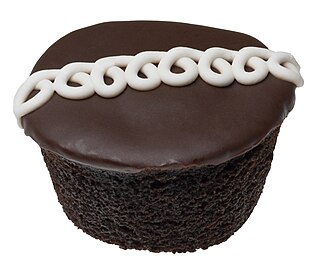 Hostess CupCake is a brand of snack cake formerly produced and distributed by Hostess Brands and currently owned by private equity firms Apollo Global Management and Metropoulos & Co. Its most common form is a chocolate cupcake with chocolate icing and vanilla creme filling, with eight distinctive white squiggles across the top. However, other flavors have been available at times. It has been claimed to be the first commercially produced cupcake and has become an iconic American brand.