Tristan and Iseult is a romantic narrative from medieval and modern literature.

This disambiguation page lists articles associated with the title Tristan and Iseult.
If an internal link led you here, you may wish to change the link to point directly to the intended article.

Tristan, also known as Tristram or Tristain and similar names, is the hero of the legend of Tristan and Iseult. In the legend, he is tasked with escorting the Irish princess Iseult to wed Tristan's uncle, King Mark of Cornwall. Tristan and Iseult accidentally drink a love potion during the journey and fall in love, beginning an adulterous relationship that eventually leads to Tristan's banishment and death. The character's first recorded appearance is in retellings of British mythology from the 12th century by Thomas of Britain and Gottfried von Strassburg, and later in the Prose Tristan. He is featured in Arthurian legends, including the seminal text Le Morte d'Arthur, as a skilled knight and a friend of Lancelot. 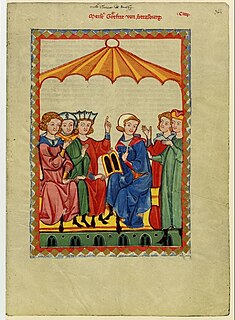 Gottfried von Strassburg is the author of the Middle High German courtly romance Tristan, an adaptation of the 12th-century Tristan and Iseult legend. Gottfried's work is regarded, alongside the Nibelungenlied and Wolfram von Eschenbach's Parzival, as one of the great narrative masterpieces of the German Middle Ages. He is probably also the composer of a small number of surviving lyrics. His work became a source of inspiration for Richard Wagner's opera Tristan und Isolde (1865). 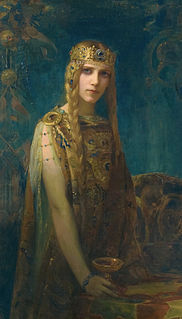 Iseult, alternatively Isolde, is the name of several characters in the legend of Tristan and Iseult. The most prominent is Iseult of Ireland, the wife of Mark of Cornwall and the lover of Tristan. Her mother, the queen of Ireland, is also named Iseult. The third is Iseult of the White Hands, the daughter of Hoel of Brittany and the sister of Kahedin. 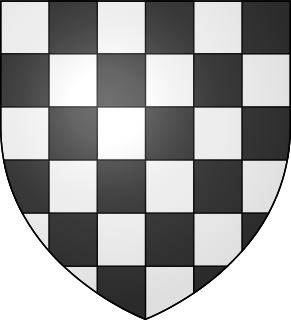 Palamedes is a Knight of the Round Table in the Arthurian legend. He is a Saracen pagan who converts to Christianity later in his life, and his unrequited love for Iseult brings him into frequent conflict with Tristan. Palamedes' father is King Esclabor. His brothers, Safir and Segwarides, also join the Round Table. The romance Palamedes was named after him. 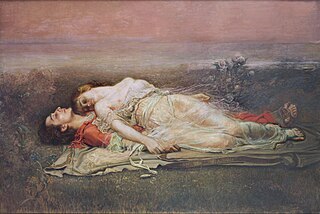 Tristan and Iseult is a chivalric romance retold in numerous variations since the 12th century, with a lasting impact on Western culture. The story is a tragedy about the adulterous love between the Cornish knight Tristan (Tristram) and the Irish princess Iseult. It tells of Tristan's mission to escort Iseult from Ireland for marriage to his uncle, King Mark of Cornwall. On the journey home, the two of them ingest a love potion which brings about the adulterous relationship.

Tristan & Isolde is a 2006 British-American epic romantic drama film directed by Kevin Reynolds and written by Dean Georgaris based on the medieval romantic legend of Tristan and Isolde. Produced by Ridley Scott and Tony Scott, the film stars James Franco and Sophia Myles, alongside a supporting cast featuring Rufus Sewell, Mark Strong, and Henry Cavill. This was Franchise Pictures' last film before bankruptcy.

Fire and Sword is a 1982 West German romance/adventure film, directed by Veith von Fürstenberg. It is based on the legend of Tristan and Iseult.

The Prose Tristan is an adaptation of the Tristan and Iseult story into a long prose romance, and the first to tie the subject entirely into the arc of the Arthurian legend. It was also the first major Arthurian prose cycle commenced after the widely popular Lancelot-Grail, which influenced especially the later portions of the Prose Tristan.

Tristan is a Knight of the Round Table in Arthurian legend.

The Pursuit of Diarmuid and Gráinne is an Irish prose narrative surviving in many variants. A tale from the Fenian Cycle of Irish mythology, it concerns a love triangle between the great warrior Fionn mac Cumhaill, the beautiful princess Gráinne, and her paramour Diarmuid Ua Duibhne. Surviving texts are all in Modern Irish and the earliest dates to the 16th century, but some elements of the material date as far back as the 10th century.

Trapunto, from the Italian for "to quilt," is a method of quilting that is also called "stuffed technique." A puffy, decorative feature, trapunto utilizes at least two layers, the underside of which is slit and padded, producing a raised surface on the quilt.

The term Provençal quilting, also known as boutis, refers to the wholecloth quilts done using a stuffing technique traditionally made in the South of France from the 17th century onwards. Boutis is a Provençal word meaning 'stuffing', describing how two layers of fabric are quilted together with stuffing sandwiched between sections of the design, creating a raised effect. The three main forms of the Provençal quilt are matelassage, piqûre de Marseilles, and boutis. These terms, along with trapunto are often debated and confused, but they are all forms of stuffed quilting associated with the region.

Qntal III is the third album of the German darkwave/gothic rock group Qntal, released in 2003. It is a concept album based on the medieval narratived Tristan and Iseult. Many tracks feature original lyrics by poets of that period. 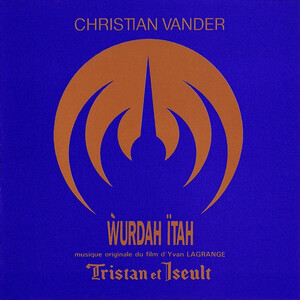 The Tristan Quilt, sometimes called the Tristan and Isolde Quilt or the Guicciardini Quilt, is one of the earliest surviving quilts in the world. Depicting scenes from the story of Tristan and Isolde, an influential romance and tragedy, it was made in Sicily during the second half of the 14th century. There are at least two extant sections of the quilt, one of which is displayed in the Victoria and Albert Museum's Medieval and Renaissance Galleries, and the other in the Bargello in Florence. A third quilt, also depicting Tristan and Isolde, but not thought to be part of the V&A and Bargello examples, is held in private hands. The Tristan Quilts are the only known surviving examples of medieval quilts.

Béroul was a Norman or Breton poet of the 12th century. He wrote Tristan, a Norman language version of the legend of Tristan and Iseult of which a certain number of fragments have been preserved; it is the earliest representation of the so-called "vulgar" version of the legend. Eilhart von Oberge wrote a treatment of this version in German, and many of Béroul's episodes that do not appear in Thomas reappear in the Prose Tristan. Beroul's poem survives in a single manuscript now in the Bibliothèque Nationale in Paris. This copy is poorly written and there is a suggestion that part of the poem was written by a different scribe from the rest. The actual content of the poem also differs from the modern conception of what a narrative poem should be; the plot is disjointed and lacking in a flow of cause and effect, and the characters are poorly defined. Nevertheless, Fedrick proposes that this was common of literature in Beroul's time. 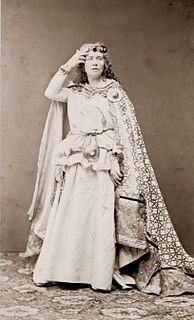 Isolde is a German feminine given name derived from either the Old High German words īs ("ice") and hiltja ("battle"), or the Brythonic adsiltia. The name was further popularized in Germany and German-speaking countries following the opera Tristan und Isolde composed by Richard Wagner between 1857 and 1859, and based on the 12th-century chivalric romance Tristan and Iseult. Wagner subsequently had a daughter in 1865, who was named Isolde von Bülow.

Tristan and Isolde is the title of two oil paintings by the Spanish artist Rogelio de Egusquiza. Both works are based on the opera Tristan und Isolde by the German composer Richard Wagner, whom Egusquiza idolised. The first painting, subtitled Death and also known as La mort d'Isolde, was completed in 1910 and depicts Isolde's "Liebestod", as she collapses in death upon the lifeless body of Tristan. The second painting, subtitled Life, was completed two years later and depicts the lovers embracing in the night, a scene from the second act of Wagner's opera.