Trocadero may refer to:

This disambiguation page lists articles associated with the title Trocadero.
If an internal link led you here, you may wish to change the link to point directly to the intended article. 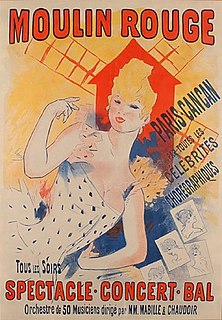 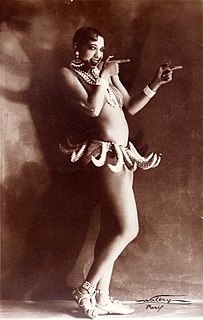 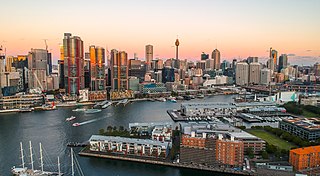 Darling Harbour is a harbour adjacent to the city centre of Sydney, New South Wales, Australia that is made up of a large recreational and pedestrian precinct that is situated on western outskirts of the Sydney central business district. 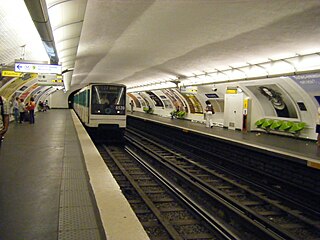 A showgirl is a female dancer or performer in a stage entertainment show intended to showcase the performer's physical attributes, typically by way of revealing clothing, toplessness, or nudity.

The London Trocadero was an entertainment complex on Coventry Street, with a rear entrance in Shaftesbury Avenue, London. It was originally built in 1896 as a restaurant, which closed in 1965. In 1984, the complex reopened as an exhibition and entertainment space. It became known for the video-game oriented SegaWorld attractions which were added in 1996, and later downscaled and renamed to "Funland" before its closure in 2011. Part of the building was opened as a hotel in 2020. 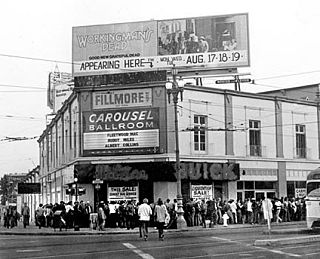 The Fillmore West was a historic rock and roll music venue in San Francisco, California, US which became famous under the direction of concert promoter Bill Graham from 1968 to 1971. Named after The Fillmore at the intersection of Fillmore Street and Geary Boulevard, it stood at the southwest corner of Market Street and South Van Ness Avenue in the Civic Center district. In June 2018, the top two floors of the building reopened as SVN West, a new concert and corporate event venue. 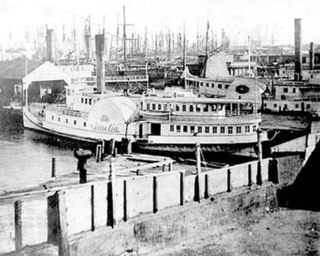 The Barbary Coast was a red-light district during the second half of the 19th and early 20th centuries in San Francisco that featured dance halls, concert saloons, bars, jazz clubs, variety shows, and brothels. Its nine block area was centered on a three block stretch of Pacific Street, now Pacific Avenue, between Montgomery and Stockton Streets. Pacific Street was the first street to cut through the hills of San Francisco, starting near Portsmouth Square and continuing east to the first shipping docks at Buena Vista Cove.

The Regent Theatre was a heritage-listed cinema and entertainment venue in George Street, Sydney, New South Wales, Australia, built in 1928 as a flagship for Hoyts, and was demolished in 1988 by property developer Leon Fink. 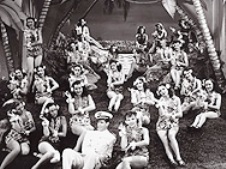 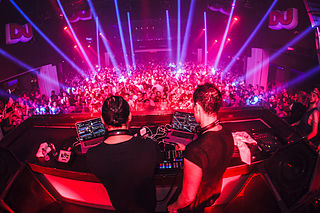 A nightclub is an entertainment venue during nighttime comprising a dance floor, lightshow, and a stage for live music or a disc jockey (DJ) who plays recorded music.

The Palm Court, also known at other times as the Franco-Italian Dining Room, the Grand Ballroom and the Continental Room, is a ballroom at the Hotel Alexandria in downtown Los Angeles, California. In its heyday from 1911 to 1922, it was the scene of speeches by U.S. Presidents William Howard Taft and Woodrow Wilson and Gen. John J. Pershing. It is also the room where Paul Whiteman, later known as the "Jazz King", got his start as a bandleader in 1919, where Rudolph Valentino danced with movie starlets, and where Hollywood held its most significant balls during the early days of the motion picture business. Known for its history and its stained-glass Tiffany skylight, noted Los Angeles columnist Jack Smith called it "surely the most beautiful room in Los Angeles". The Palm Court was designated as a City of Los Angeles Historic-Cultural Monument (HCM#80) in 1971. 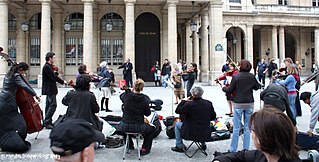 Music in the city of Paris, France, includes a variety of genres, from opera and symphonic music to musical theater, jazz, rock, rap, hip-hop, the traditional Bal-musette and gypsy jazz, and every variety of world music, particularly music from Africa and North Africa. such as the Algerian-born music known as Raï. Leading musical institutions include the Paris Opera, the Orchestre de Paris, and the Paris Conservatory, the first state music conservatory in Europe. The Cité de la Musique at La Villette is home of the new Paris Symphony Hall, the Conservatory, a museum of musical instruments, and Le Zenith, a major venue for popular music. Many of the churches in Paris have magnificent historic organs, and often host concerts. The city is also known for its music halls and clubs.

Frank James Coughlan was an Australian jazz musician and band leader. He is described in the Australian Dictionary of Biography as "One of the most influential musicians in the development of jazz in Australia."

Dance Halls of Brisbane in the twentieth century were popular venues for entertainment, socialising and reflected styles of music, architecture, popular culture and city planning.