The Aigles de Trois-Rivières (English: Three Rivers Eagles) were a Canadian Minor League Baseball team of the Eastern League and the Double-A affiliate of the Cincinnati Reds from 1971 to 1977. They were located in Trois-Rivières, Quebec, and played their home games at Stade Municipal de Trois-Rivières.

The city of Trois-Rivières was previously represented in Minor League Baseball by the Trois-Rivières Royals in the Provincial League and the Canadian–American League off-and-on from 1939 to 1955.

The Eagles were created as an expansion team of the Double-A Eastern League in 1971, along with the Québec Carnavals, as the league grew from six teams to eight. They played their home games at Stade Municipal de Trois-Rivières. [1] The Cincinnati Reds moved their Double-A affiliation to Trois-Rivières from the Southern League's Asheville Tourists. During their seven-year partnership, the Eagles were supplied with multiple future major leaguers by the Reds, then one of the premier powers in baseball known as the "Big Red Machine".

The Eagles' first club, managed by Jim Snyder, won the 1971 National Division title with a 78–59 record before falling to the Elmira Royals, 3–1, in the playoffs. [2] Snyder was recognized as the Eastern League Manager of the Year and outfielder Gene Locklear was selected for the Eastern League Most Valuable Player Award. [3] The team led the league in attendance with 109,436 people in their inaugural season. [4] They captured a second division title in 1972 (76–60), but again fell in the postseason, this time 3–0 to the West Haven Yankees. [2] They had the second-highest attendance (119,751) behind Québec. [4]

New manager Roy Majtyka led the Eagles to win the 1976 Northern Division title (83–55), but they were swept 3–0 by West Haven in the playoffs. [2] Majtyka was the league's Manager of the Year. [3] Their attendance was a third-best 62,655. [4] Chuck Goggin managed the 1977 club to win the Canadian-American Division title with a 76–62 record in their final year. [2] As in the previous postseason, West Haven defeated them in the championship playoffs, 3–0. [2] First baseman Harry Spilman won the Eastern League MVP Award. [3] The Eagles' attendance had dropped to a seventh-place 52,927. [4]

In 1978, the Eastern League shed both the Eagles and the renamed Québec Métros as it shrank back to six teams. The Reds moved their Double-A affiliation back to the Southern League, partnering with the expansion Nashville Sounds. [5]

The Eastern League (EL) is a Minor League Baseball (MiLB) sports league that has operated under that name since 1938, with the exception of the 2021 season, during which the league operated under the moniker Double-A Northeast. The league has played at the Double-A level since 1963, and consists primarily of teams located in the Northeastern United States.

The New Jersey Jackals are an American professional baseball team based in Little Falls in Passaic County, New Jersey, United States. The team was founded in 1998 by Floyd Hall and is owned by Al Dorso, a businessman who also owns the Sussex County Miners, Skylands Stadium, and State Fair Superstore. 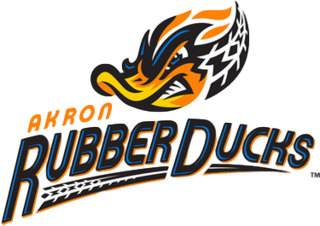 The Akron RubberDucks are a Minor League Baseball team based in Akron, Ohio. The team, which plays in the Eastern League, is the Double-A affiliate of the Cleveland Guardians. They play in Canal Park, located in downtown Akron, which seats 7,630 fans. The nickname "RubberDucks" refers to Akron's history in the rubber industry, in particular as the birthplace of tire and rubber companies such as Goodyear, Firestone, B.F. Goodrich and General Tire. 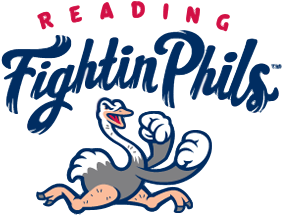 The Reading Fightin Phils are a Minor League Baseball team based in Reading, Pennsylvania, playing in the Northeast Division of the Eastern League. The team plays their home games at FirstEnergy Stadium. The Reading Fightin Phils were founded in 1967 as the Reading Phillies and they have been the Double-A affiliate of the Philadelphia Phillies since 1967. This affiliation is currently tied for the longest affiliation in Minor League Baseball. The Phillies bought the team outright in 2008. Many fans still refer to the team as the Reading Phillies or R-Phils. 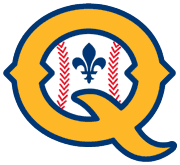 Pierre-Luc "Pete" Laforest is a Canadian former professional baseball catcher and was the first manager of the Trois-Rivières Aigles.

Stade Canac is a stadium in Quebec City, Quebec. It is used primarily for baseball and is the home field for the Quebec Capitales of the Frontier League minor league baseball team.

William Harry Spilman is a retired Major League Baseball first baseman for the Cincinnati Reds (1978–81), Houston Astros, Detroit Tigers (1986), and San Francisco Giants (1986–88). He was also known for his skill as a pinch hitter. He currently coaches in the Kansas City Royals feeder system, as a scout. He previously worked for the Texas Rangers and the Houston Astros.

Serbian White Eagles Football Club is a Canadian soccer team. The team is a member of the Canadian Soccer League, an unsanctioned soccer league. 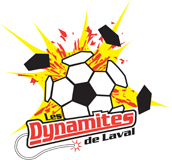 Laval Dynamites were a Canadian soccer team, founded in 1997. The men's team was a member of the Canadian Professional Soccer League/Canadian Soccer League, the highest professional soccer league in Canada, and played in the National Division. The team played as the Montreal Dynamites in 2001 and 2002. The team essentially moved to Trois-Rivières and became the Trois-Rivières Attak for the 2007 season. 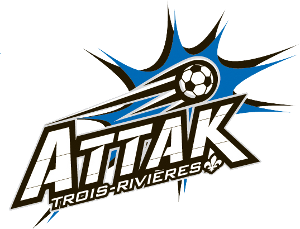 Trois-Rivières Attak FC is a Canadian former soccer team, that played three seasons in the Canadian Soccer League. They formally served as a reserve and academy team for the USL First Division side Montreal Impact. The club was an instant success within the league, winning titles in all three seasons when it competed in the CSL. In 2010, when the Montreal Impact founded their own academy the team ceased operating as a farm team, because of the ended cooperation with the Impact; they announced that they would take a one-year absence from the Canadian Soccer League in 2010 and return for the 2011 season. The team did not return for the 2011 season.

The Lynn Sailors were a Minor League Baseball franchise that originated in 1980 in Lynn, Massachusetts. The Sailors were affiliated with the Seattle Mariners from 1980 to 1982 and with the Pittsburgh Pirates in 1983, when they were known as the Lynn Pirates. They were a member of the Eastern League in class Double-A and played at Fraser Field. After the 1983 season, the franchise was moved to Burlington, Vermont, and became the Vermont Reds.

The Québec Carnavals were a Minor League Baseball team located in Quebec City that served as the Montreal Expos' Double-A Eastern League affiliate from 1971 to 1977. They became known as the Québec Metros for the 1976 and 1977 seasons. Following the 1977 season, the Expos moved their Double-A affiliation to the Memphis Chicks, an expansion team of the Southern League.

The New York Boulders are an American independent professional baseball team playing in the Frontier League based in Pomona, Rockland County, New York. The team was founded as a member of the Can-Am League, beginning play in the 2011 season as the Rockland Boulders. The Boulders and the rest of the teams in the Can-Am League were absorbed into the Frontier League when the two leagues merged following the 2019 season.

The Sherbrooke Pirates was the name of a Canadian minor league baseball franchise in the Double-A Eastern League representing Sherbrooke, Québec, that existed from 1972–73. Affiliated with the namesake Pittsburgh Pirates of Major League Baseball, the Sherbrooke club played at le Stade Amedée-Roy.

The Trois-Rivières Aigles are a Canadian professional baseball team based in Trois-Rivières, Quebec. They are members of the Frontier League, and play their home games at Stade Quillorama.

The 2014 Canadian American Association of Professional Baseball season was the league's 10th season of operations. Following the regular season, the playoffs were held. The Rockland Boulders captured their first championship title in just their fourth season, in the sixth game on September 8, 2014, over their rivals, the New Jersey Jackals. Since there were only four teams in the league, the top two teams made it to the playoffs for a single championship round.

The Memphis Chicks were a Minor League Baseball team that played in the Southern League from 1978 to 1997. They were located in Memphis, Tennessee, and played their home games at Tim McCarver Stadium. They served as a farm club for four Major League Baseball teams: the Montreal Expos (1978–1983), Kansas City Royals (1984–1994), San Diego Padres (1995–1996), and Seattle Mariners (1997). The Chicks were named for the Memphis Chickasaws, who were charter members of the Southern Association that played in Memphis from 1901 to 1960.