Troop 1500 is a documentary film which won two Gracie Awards from the American Women in Radio & Television (AWRT) in the Individual Achievement Award for Outstanding Director and Outstanding Documentary. The nationally broadcast film (PBS) follows a unique Girl Scouts of the USA troop which unites mothers and daughters monthly behind the bars at the Hilltop Unit, a prison of the Texas Department of Criminal Justice, in Gatesville, Texas. All of the mothers have been convicted of serious crimes and are serving long sentences.

The troop's activities are centered on rebuilding the tenuous relationships, and addition to arts and crafts and learning life skills, the mothers and daughters bond by asking and answering tough questions of each other.

For more than five years, filmmaker Ellen Spiro worked with the leaders and girls of Troop 1500, the "prison troop," as a volunteer and mentor. She spent the first year with the troop training the girls in cinematography, sound and editing, and then she began making Troop 1500 in which the girls occupy front and center of the film, as subjects as well as crew.

Troop 1500 is an example of Spiro's innovative style of filmmaking which requires an interpersonal and intimate involvement with her subject over a long period of time.

S., Brianna. Finding and Filming Your Passions: An Interview with Filmmaker Ellen Spiro, Part I. Studio 2B: The Place for Teens. Retrieved 2007-6-22.

S., Brianna. and Filming Your Passions: An Interview with Filmmaker Ellen Spiro, Part II. Studio 2B: The Place for Teens. Retrieved 2007-6-22. 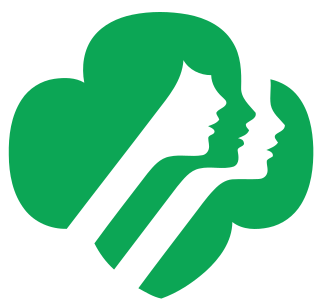 Girl Scouts of the United States of America (GSUSA), commonly referred to as simply Girl Scouts, is a youth organization for girls in the United States and American girls living abroad. Founded by Juliette Gordon Low in 1912, it was organized after Low met Robert Baden-Powell, the founder of Scouting, in 1911. Upon returning to Savannah, Georgia, she telephoned a distant cousin, saying, "I've got something for the girls of Savannah, and all of America, and all the world, and we're going to start it tonight!" 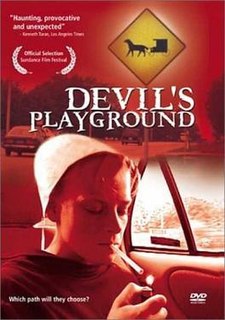 Devil's Playground is a 2002 American documentary film directed by Lucy Walker about the experiences of several Amish youths who decide whether to remain in or leave their community and faith during the period known as rumspringa. The film follows a few Amish teenagers in LaGrange County, Indiana who enter the "English" (non-Amish) world and experience partying, drinking, illegal drugs, and pre-marital sex. Some teens in the film profess that they will eventually become baptized as adults in the Amish community. If they are baptized, then leave the church, they will be shunned by family and friends; one girl recounts her experience of this.

Gail Mancuso is an American film and television director.

Are the Kids Alright? is a documentary film which explores mental health care for children and youths at risk in Texas. The filmmaker, Ellen Spiro, gained unprecedented access to troubled children and their families, as well as the judicial, psychiatric and correctional institutions. By following several different families, the filmmakers document the results of the decline in the availability of mental health services for the youth who most desperately need it.

Atomic Ed and the Black Hole is a documentary released in 2001 by filmmaker, Ellen Spiro. The documentary was made for HBO's Cinemax Reel Life Series. Sheila Nevins served as Executive Producer and Lisa Heller served as Supervising Producer. Karen Bernstein served as Producer. Laurie Anderson provided her song, Big Science, for the soundtrack.

Roam Sweet Home is a 1996 American documentary film directed by Ellen Spiro. In road-trip style, it follows the lives of retirees who live on the road full-time in trailers, due to economic necessity, pleasure, or both.

The 10 Under 10 Film Festival was created by independent documentary filmmaker and University of Texas at Austin Associate Professor, Ellen Spiro. The intention of the film festival is to encourage raw creativity among new filmmakers without relying on huge budgets. 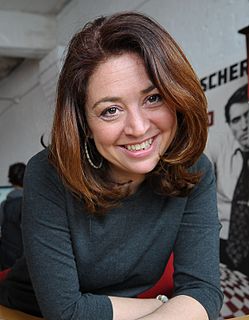 The Gracie Awards are awards presented by the Alliance for Women in Media Foundation (AWM) in America, to celebrate and honor programming created for women, by women, and about women, as well as individuals who have made exemplary contributions in electronic media and affiliates. Presented annually, the Gracie Awards recognize national, local, and student works.

Linda Lorelle is a journalist who anchored the evening news for nearly 17 years at Houston's NBC affiliate, KPRC-TV. Her accolades include an Emmy for "Beyond Brown vs. Board: The Journey Continues," a documentary on how Houston desegregated its schools, and an Emmy for her first-person account of another local news anchor's cancer. Lorelle also garnered two national Gracie Awards, given by the American Women in Radio and Television.

Jennifer Fox is an American film producer, director, cinematographer, and writer as well as president of A Luminous Mind Film Productions. She won the Grand Jury Prize at Sundance for her first feature documentary, Beirut: The Last Home Movie. Her 2010 documentary My Reincarnation had its premiere at the International Documentary Film Festival in Amsterdam (IDFA) in 2010, where it won a Top 20 Audience Award. 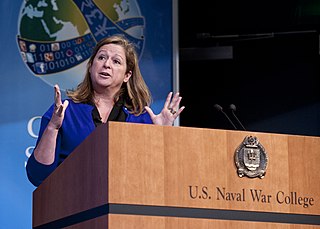 Abigail Edna Disney is an American documentary filmmaker, philanthropist, and social activist. She produced the documentary Pray the Devil Back to Hell, and is the executive producer, writer, and director of The Armor of Light, which won an Emmy Award for Outstanding Social Issue Documentary.

Lisa F. Jackson is an American documentary filmmaker, known most recently for her films, The Greatest Silence: Rape in the Congo (2007) and Sex Crimes Unit (2011), which aired on HBO in 2008 and 2011. Her work has earned awards including two Emmy awards and a Jury Prize from the Sundance Film Festival. She has screened her work and lectured at the Columbia University School of Journalism, Brandeis, Purdue, NYU, Yale, Notre Dame and Harvard University and was a visiting professor of documentary film at the School of Visual Arts in Manhattan.

Vivian Kleiman is a Peabody Award-winning documentary filmmaker. She has received a National Emmy Award nomination for Outstanding Individual Achievement in Research and Executive Produced an Academy Award nominated documentary.