Trophy is a 2017 documentary film about trophy hunting and wildlife conservation. [1] [2] After airing on CNN, it was nominated for an Emmy for Outstanding Nature Documentary at the 40th News and Documentary Emmy Award. [3]

Nova is an American popular science television program produced by WGBH Boston since 1974. It is broadcast on PBS in the U.S., and in more than 100 other countries. The program has won many major television awards.

Kirby Bryan Dick is an American film director, producer, screenwriter, and editor. He is best known for directing documentary films. He received Academy Award nominations for Best Documentary Feature for directing Twist of Faith (2005) and The Invisible War (2012). He has also received numerous awards from film festivals, including the Sundance Film Festival and Los Angeles Film Festival. 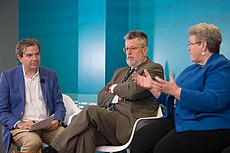 Peter Bergen is an American journalist, author, and producer who serves as CNN's national security analyst, New America's vice president, and as a professor of practice at Arizona State University. He produced the first television interview with Osama bin Laden in 1997. The interview, which aired on CNN, marked the first time that bin Laden declared war against the United States to a Western audience.

World of Wonder Productions is a production company founded in 1991 by filmmakers Fenton Bailey and Randy Barbato. Based in Los Angeles, California, US, the company specializes in documentary television and film productions, with credits including the Million Dollar Listing docuseries, RuPaul's Drag Race, and documentary films Mapplethorpe: Look at the Pictures (2016), and The Eyes of Tammy Faye (2000). 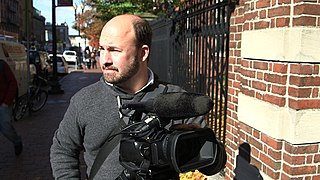 Andrew Rossi is an American filmmaker, known for directing documentaries such as Page One: Inside the New York Times (2011).

Amy Ziering is an American film producer and director. In 2013, she received an Academy Award nomination for Best Documentary Feature for producing The Invisible War. 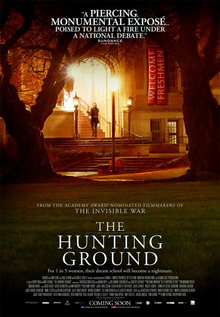 The Hunting Ground is a 2015 documentary film about the incidence of sexual assault on college campuses in the United States and the reported failure of college administrations to deal with it adequately. Written and directed by Kirby Dick and produced by Amy Ziering, it premiered at the 2015 Sundance Film Festival. The film was released on February 27, 2015, an edited version aired on CNN on November 22, 2015, and was released on DVD the week of December 1, 2015. It was released on Netflix in March 2016. Lady Gaga recorded an original song, "Til It Happens to You," for the film, which was nominated for the Academy Award for Best Original Song.

Quest is a 2017 documentary film following a north-Philadelphia family over eight years.

Traffic Stop is a 2017 American documentary film directed by Kate Davis and David Heilbroner. It chronicles a white police officer's stop and, ultimately, arrest of a Breaion King, a 26-year-old African-American school teacher from Austin, Texas. The film was nominated for the Academy Award for Best Documentary Short Subject at the 90th Academy Awards. After airing on HBO, it was nominated for an Emmy for Outstanding Short Documentary at the 40th News and Documentary Emmy Award. 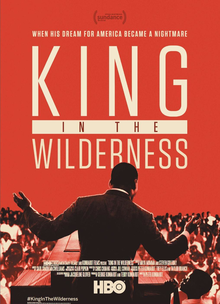 King in the Wilderness is an American documentary film about Martin Luther King Jr that premiered on April 2, 2018 on HBO, focusing on the final 18 months of his life leading up to his assassination on April 4, 1968 with some never-before-seen footage of interviews with those closest to him interspersed with historical archives during a period of his life when, in addition to upsetting both President Lyndon Johnson and the FBI Director J. Edgar Hoover as well as numerous other opposition groups, and despite his own self-doubts as King was literally staring death in the face, he refused to back away from the civil rights challenges of his times.

Arthur Miller: Writer is a 2017 documentary film by about the American playwright of the same name. The film premiered at the 2017 Telluride Film Festival. After airing on HBO, it was nominated for an Emmy for Outstanding Arts & Culture Documentary at the 40th News and Documentary Emmy Award.

No Greater Law is a 2018 British documentary film directed by Tom Dumican and produced by Jesse Lichtenstein about an investigation into faith healing in Idaho’s Treasure Valley as the community's high infant mortality rate closes in on the Followers of Christ faith. It was released in the United States by A&E, after which it was nominated for Outstanding Politics and Government Documentary at the 40th News and Documentary Emmy Awards.

Reversing Roe is a 2018 American documentary film directed by Ricki Stern and Anne Sundberg. Through interviews, the film analyzes the abortion laws in the United States and the effects of the 1973 Roe v. Wade case. The film is internationally distributed by Netflix, where it was released on September 13, 2018.

Lifeboat is a 2018 documentary short film about North African migrants trying to make it across the Mediterranean Sea safely.

Sabrina Schmidt Gordon is an American documentary filmmaker. She is known for producing and editing films on cultural and social issues. In 2018, she was invited to become a member of The Academy of Motion Picture Arts and Sciences (AMPAS).