Trophy wife is a colloquial term for any wife who is considered a status symbol. The term may also refer to: 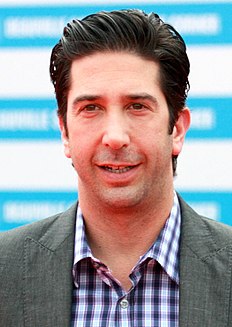 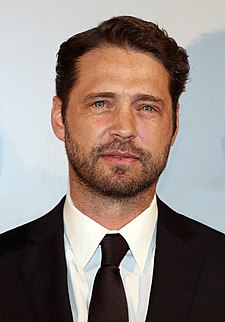 Jason Bradford Priestley is a Canadian-American actor and director. He is best known as the virtuous Brandon Walsh on the television series Beverly Hills, 90210 (1990–2000), as Richard "Fitz" Fitzpatrick in the show Call Me Fitz (2010–2013) and for his role as Matt Shade in the Canadian series Private Eyes (2016–present).

Romance may refer to:

Mastermind, Master Mind or The Mastermind may refer to:

A spy is a person engaged in espionage, obtaining information that is considered secret or confidential.

Banana is the common name for flowering plants of the genus Musa and for the fruit they produce.

Kenneth Joseph Marino is an American actor, comedian, director, and screenwriter. He was a cast member on MTV's The State and has starred in shows such as Party Down, Marry Me, Burning Love, and Childrens Hospital.

Michael Showalter is an American comedian, actor, director, writer, and producer. A member of the sketch comedy trio Stella, he first came to recognition as a cast member on MTV's The State, which aired from 1993 to 1995. He and David Wain created the Wet Hot American Summer franchise, with Showalter co-writing and starring in Wet Hot American Summer (2001), and the Netflix series. Showalter wrote and directed The Baxter (2005), in which he starred with Michelle Williams, Justin Theroux, and Elizabeth Banks. Both films featured many of his co-stars from The State, and so do several of his other projects. Showalter is also a co-creator, co-producer, actor, and writer for the TV series Search Party. He directed the 2017 critically acclaimed feature film The Big Sick.

Julian Farino is an English film and television producer and director. He was the sports editor of The Guinness Book of Records and directed much of the first three seasons of the HBO series Entourage.

Black sheep is an idiom used to describe an odd or disreputable member of a group, especially within a family.

Lost Boy or Lost Boys may refer to: 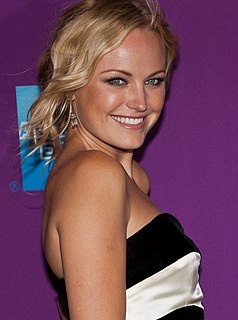 Malin Maria Åkerman is a Swedish-American actress, model, and singer. Born in Stockholm to Swedish parents, she was raised in Ontario, Canada, where the family relocated in the 1980s. In the early 2000s, Åkerman had several smaller television and film parts in both Canadian and American productions, including The Utopian Society (2003) and Harold & Kumar Go to White Castle (2004). Following a supporting role on the HBO comedy series The Comeback (2005), she gained her first co-starring roles in the romantic comedy films The Heartbreak Kid (2007) and 27 Dresses (2008). Åkerman played the female lead in Watchmen (2009) as Silk Spectre II, a role for which she was nominated for a Saturn Award for Best Supporting Actress.

Fifty-Fifty may refer to: