True Grime: Crime Scene Clean Up was a documentary series on Investigation Discovery that premiered on July 19, 2011. The series followed Neal Smither, owner of Crime Scene Cleaners, and his crew as they clean up a grisly crime scene. [1]

After the first three episodes, the series was cancelled.

The series was shot on location in Oakland, CA.

Only three episodes were created:

Running Ragged: World Premiere: Tuesday, July 26, 2011 The crew is running ragged trying to clean up a decomposing body in a hoarder's house. Rookie cleaner Mike Downer worries about his job security and working a lot of gruesome late night calls. [2]

New Blood: World Premiere: Tuesday, August 2, 2011 The crew is dispatched to disinfect the site where a decomposing body has been discovered. [2]

Smither started his company after being inspired by a scene from the film Pulp Fiction. At the time, there were very few businesses equipped to clean the aftermath of murders, suicides and decomposing bodies; the responsibility of clean up would fall on the victims family. 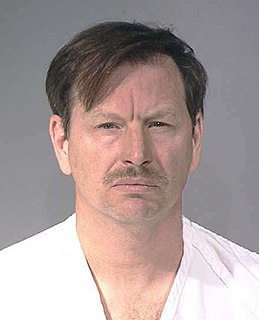 Gary Leon Ridgway, also known as the Green River Killer, is an American serial killer. He was initially convicted of 48 separate murders. As part of his plea bargain, another conviction was added, bringing the total number of convictions to 49, making him the second most prolific serial killer in United States history according to confirmed murders. He killed many teenage girls and women in the state of Washington during the 1980s and 1990s.

Forensic Investigators: Australia's True Crimes is an Australian television show hosted by Lisa McCune which aired on the Seven Network. It aired for three seasons from 2004 to 2006.

The Colonial Parkway Murders were the slayings of at least eight people apparently by a serial killer along the Colonial Parkway of the U.S. Commonwealth of Virginia between 1986 and 1989. During that time, three couples were murdered and one couple is missing and presumed to be dead. The killer has not been identified.

Dirty Jobs is an American television series that originally aired on the Discovery Channel in which host Mike Rowe is shown performing difficult, strange, disgusting, or messy occupational duties alongside the typical employees. The show, produced by Pilgrim Films & Television, premiered with three pilot episodes in November 2003. It returned as a series on July 26, 2005, running for eight seasons until September 12, 2012. The show's setting was refocused in Australia for the eighth season, advertised as Dirty Jobs Down Under. A new season titled Dirty Jobs: Rowe'd Trip started airing on July 7, 2020.

True Life is an American documentary television series that aired on MTV from March 31, 1998 to June 21, 2017. Each episode follows a particular topic, such as heroin addiction as in the first episode – "Fatal Dose". The show is created by following a series of subjects by a camera crew through a certain part of their lives. A four-episode revival series titled True Life/Now aired in 2019 and a crime investigation iteration called True Life Crime starts January 8 on MTV and VH1.

Crime scene cleanup is a term applied to forensic cleanup of blood, bodily fluids, and other potentially infectious materials (OPIM). It is also referred to as biohazard remediation, and forensic cleanup, because crime scenes are only a portion of the situations in which biohazard cleaning is needed. Incidents which may require this type of cleanup include accidents, suicide, homicides, and decomposition after unattended death, as well as mass trauma, industrial accidents, infectious disease contamination, animal biohazard contamination or regulated waste transport, treatment, and disposal.

Joseph Chappelle is an American screenwriter, producer, and director of film and television. He is perhaps best known for his work on the critically acclaimed HBO series The Wire, where he directed six episodes and served as co-executive producer for three seasons. In 2018, his episode "Middle Ground" was named the 6th Best TV Episode of the Century by pop culture website The Ringer. He has also produced and directed several other popular cable television programs, including CSI: Miami, Fringe and Chicago Fire. 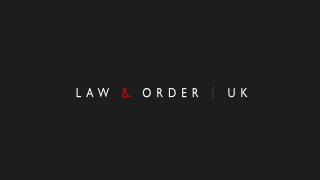 The Cleaner is an A&E television series starring Benjamin Bratt. It debuted on Tuesday, July 15, 2008, at 10:00 pm EST and the last episode aired on September 15, 2009, when the show was officially cancelled. 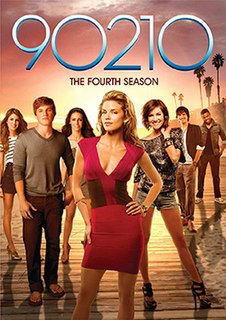 "Pilot" is the pilot and first episode of the American television drama series The Killing, which premiered on April 3, 2011 on AMC in the United States. The series is based on the Danish television series Forbrydelsen and developed for American audiences by Veena Sud. The episode's teleplay was written by Sud and was directed by Patty Jenkins. In the episode, police detective Sarah Linden plans to retire but is asked to investigate the disappearance of Rosie Larsen, a young girl.

"Society Hill" is the sixth episode of the first season of the American medical drama Body of Proof. It was originally broadcast in the United States on ABC on April 26, 2011. The episode was directed by Kate Woods and written by Matthew V. Lewis.

Ragged Isle is a Maine-based dramatic web series that has won multiple Indie Series Awards and other accolades.

"Broken Home" is the ninth and final episode of the first season of the American medical drama Body of Proof. It was originally broadcast in the United States on ABC on 17 May 2011. The episode was directed by Nelson McCormick and written by Andrew Dettman.

Hadden Irving Clark is an American murderer and suspected serial killer, currently serving two 30-year sentences at Eastern Correctional Institution in Westover, Maryland for the murders of 6-year-old Michelle Dorr in 1986, and 23-year-old Laura Houghteling in 1992. He was also given a 10-year sentence for robbery after stealing from a former landlord. 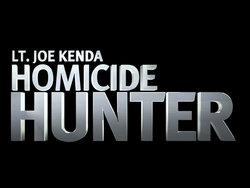 Homicide Hunter is an American crime documentary television series which aired on the Investigation Discovery (ID) television network for nine seasons, totalling 144 episodes. The series showcases the career of retired Colorado Springs, Colorado, police department detective Joe Kenda. Kenda joined the department in 1973 and was promoted to detective in 1977 and assigned to the burglary division. However, after solving a double shooting which veteran detectives believed was unsolvable, he was assigned to the homicide division. The case was presented in the Season 4 finale "My First Case". Kenda states he solved 387 cases. At the time of his retirement in 1996, he was the commander of the department's major crimes unit.

Killing Fields is a cold case television series which premiered in 2016 on Discovery Channel.