TruthQuest: Californiais a Christian reality television series about 12 Southern Baptist teenagers who spent 16 days in California in July 2002. Their adventures were covered in Baptist Press. It was announced February 9, 2003 that the show had received a People's Choice Award in the children/teen category from the National Religious Broadcasters' TV Committee. [1]

The People's Choice Awards, officially the E! People's Choice Awards since E! took it over in April 2017, is an American awards show, recognizing people in entertainment, voted online by the general public and fans. The show has been held annually since 1975, with the winners originally determined using Gallup Polls until the switch to online voting in 2005. 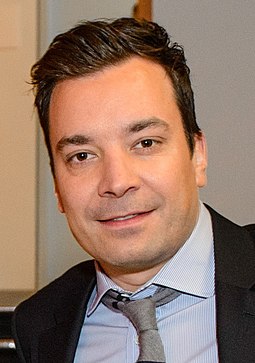 James Thomas Fallon is an American comedian, actor, television host, singer, writer, and producer. He is known for his work in television as a cast member on Saturday Night Live and as the host of late-night talk show The Tonight Show Starring Jimmy Fallon and before that Late Night with Jimmy Fallon. He grew up with an interest in comedy and music, moving to Los Angeles at 21 to pursue opportunities in stand-up comedy.

Kaley Christine Cuoco is an American actress and producer. After a series of supporting film and television roles in the late 1990s, she landed her breakthrough role as Bridget Hennessy on the ABC sitcom 8 Simple Rules, on which she starred from 2002 to 2005. Thereafter, Cuoco appeared as Billie Jenkins on the final season of the television series Charmed (2005–2006). She has also starred as Penny on the CBS sitcom The Big Bang Theory (2007–2019), for which she has received Satellite, Critics' Choice, and People's Choice awards. Cuoco's film work includes roles in To Be Fat like Me (2007), Hop (2011) and Authors Anonymous (2014). She received a star on the Hollywood Walk of Fame in 2014. In October 2017, Cuoco founded Yes, Norman Productions. 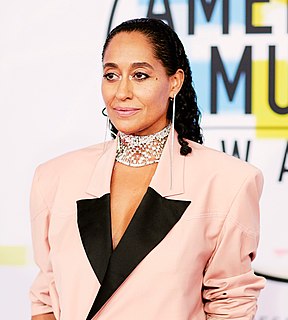 Tracee Ellis Ross is an American actress and television host. She is known for her lead roles in the comedy television series Girlfriends (2000–2008) and Black-ish (2014–present).

Zoey 101 is an American comedy-drama television series created by Dan Schneider that originally aired on Nickelodeon from January 9, 2005 until May 2, 2008. It focuses on the lives of teenager Zoey Brooks, her brother Dustin, and her friends as they attend Pacific Coast Academy (PCA), a fictional boarding school in Southern California. It was initially filmed at Pepperdine University in Malibu, California, then at stages in Valencia, California beginning in season 3. It was nominated for an "Outstanding Children's Program" Emmy in 2005. Zoey 101 was the most expensive production ever for a Nickelodeon series, as it was shot completely on location in Malibu, California.

The Nickelodeon Kids' Choice Awards is an annual American children's awards ceremony show that is produced by Nickelodeon. Usually held on a Saturday night in late March or early April, the show honors the year's biggest television, movie, and music acts as voted by viewers worldwide of Nickelodeon networks. Winners receive a hollow orange blimp figurine, a logo outline for much of the network's 1984–2009 era, which also functions as a kaleidoscope. 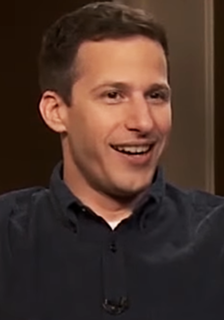 David A. J. "Andy" Samberg is an American actor, comedian, writer, producer, and musician. He is a member of the comedy music group The Lonely Island and was a cast member on Saturday Night Live (2005–2012), where he and his fellow group members have been credited with popularizing the SNL Digital Shorts.

Eric Christian Olsen is an American actor and producer. He is known for his portrayals of Detective Marty Deeks on the CBS television series NCIS: Los Angeles, and of Austin in the film Not Another Teen Movie.

Armand Marie Leroi is a New Zealand-born Dutch author, broadcaster, and professor of evolutionary developmental biology at Imperial College in London. He has written a book and presented television programs on Aristotle's biology. 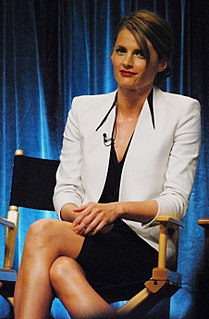 Chace Crawford is an American actor, known for his portrayal of Nate Archibald on The CW's teen drama series Gossip Girl. He is also known for starring in the films The Covenant (2006), The Haunting of Molly Hartley (2008), Twelve (2010), and What to Expect When You're Expecting (2012). In 2015, he portrayed Billy LeFever in ABC's short-lived drama series Blood & Oil. In 2019, he appeared as a member of the main cast of the Amazon Prime Video original series, The Boys, is based on the comic book series of the same name, portraying the Deep. 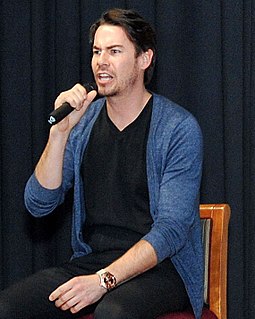 Gerald William Trainor is an American actor, comedian and musician. He is known for his roles in the Nickelodeon shows Drake & Josh, iCarly, and T.U.F.F. Puppy.

The Mentalist is an American drama television series that ran from September 23, 2008, until February 18, 2015, broadcasting 151 episodes over seven seasons, on CBS. Created by Bruno Heller, who was also its executive producer, the show follows former "psychic" Patrick Jane, who is a consultant to the California Bureau of Investigation (CBI) and his boss, a former senior agent, Teresa Lisbon, using the highly developed observational skills he previously employed to "read" people's minds. 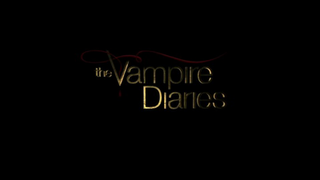 The Vampire Diaries is an American supernatural teen drama television series developed by Kevin Williamson and Julie Plec, based on the popular book series of the same name written by L. J. Smith. The series premiered on The CW on September 10, 2009 and concluded on March 10, 2017 airing 171 episodes over eight seasons.

Pretty Little Liars is an American teen drama mystery thriller television series developed by I. Marlene King and is loosely based on the novel series of the same name written by Sara Shepard. The series follows the lives of four high school girls whose clique falls apart after the disappearance of their leader. One year later, the estranged friends are reunited as they begin receiving messages from a mysterious figure named "A" who threatens to expose their deepest secrets. The series features an ensemble cast, headed by Troian Bellisario as Spencer Hastings, Lucy Hale as Aria Montgomery, Ashley Benson as Hanna Marin, Shay Mitchell as Emily Fields, Sasha Pieterse as Alison DiLaurentis, and Janel Parrish as Mona Vanderwaal.

The 38th People's Choice Awards, honoring the best in popular culture for 2011, were held on January 11, 2012 at the Nokia Theatre in Los Angeles, California, and were broadcast live on CBS at 9:00 pm ET.

Star Circle Quest premiered on March 1, 2004 on ABS-CBN. The show was hosted by Luis Manzano and Jodi Sta. Maria. The jury is composed of Boy Abunda, Gloria Diaz and Laurenti Dyogi.

The 43rd People's Choice Awards, honoring the best in popular culture for 2016, were held on January 18, 2017, at the Microsoft Theater in Los Angeles, California, and were broadcast live on CBS. The ceremony was hosted by Joel McHale.