Guitarist Tuck Andress met singer Patti Cathcart at an audition in San Francisco in 1978. [2] Before this, Andress studied classical music at Stanford and was a session musician with The Gap Band. [3] Cathcart was also classically trained [2] and was a member of The Brides of Funkenstein.

Andress and Cathcart married in 1983. [2] After moving to Cathcart's hometown of San Francisco, they worked in a rock and roll cover band. They declined offers of recording contracts so they could polish their sound. [2] In 1987, they signed with Windham Hill Jazz, a subsidiary of Windham Hill for whom they recorded their breakout album, Tears of Joy, which received airplay on jazz and pop radio stations around the U.S. They recorded several more albums for Windham Hill Jazz, then signed with Epic in 1995. They followed this with more albums for Windham Hill and 33rd Street. They started the label T&P Records, which licenses their albums for worldwide distribution. [4] In addition to performing they teach private lessons and vocal and guitar workshops.

In The Jazz Book, the authors write that Andress uses "unusual percussive and tapping techniques to create rhythmically unbelievable effects". [5] He plays a 1953 Gibson L-5 guitar, which he bought because it was the model played by Wes Montgomery. [6]

His niece is singer-songwriter Annie Clark, also known as St. Vincent. As a teenager, Clark was a roadie for Tuck and Patti and was later a tour manager for them. [7]

Anne Erin "Annie" Clark, known professionally as St. Vincent, is an American singer, musician, and songwriter. Her music is noted for its complex arrangements utilizing a wide array of instruments. St. Vincent is the recipient of various accolades including three Grammy Awards. 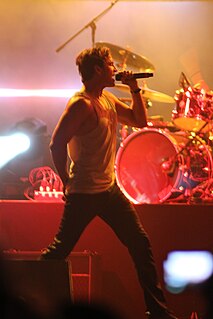 Stephan Douglas Jenkins is an American singer-songwriter, guitarist, and the lead singer of the alternative rock band Third Eye Blind. Jenkins began his musical career in 1992 as part of the short-lived rap duo Puck and Natty, alongside Detroit rapper Herman Anthony Chunn. Following the breakup of the duo, Jenkins and guitarist Kevin Cadogan formed Third Eye Blind in 1993. The band released their eponymous debut studio album in 1997, which went multi-platinum in the United States. Since then, they have released six more albums: Blue (1999), Out of the Vein (2003), Ursa Major (2009), Dopamine (2015), Screamer (2019), and Our Bande Apart (2021). As part of Third Eye Blind, Jenkins has received one Billboard Music Award and eight California Music Awards. 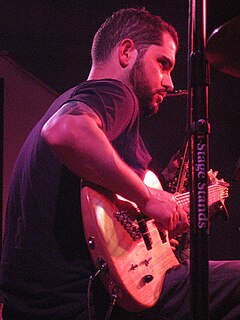 Charlie Hunter is an American guitarist, composer, and bandleader. First coming to prominence in the early 1990s, Hunter plays custom-made seven- and eight-string guitars on which he simultaneously plays bass lines, chords, and melodies. Critic Sean Westergaard described Hunter's technique as "mind-boggling...he's an agile improviser with an ear for great tone, and always has excellent players alongside him in order to make great music, not to show off." Hunter's technique is rooted in the styles of jazz guitarists Joe Pass and Tuck Andress, two of his biggest influences, who blended bass notes with melody in a way that created the illusion of two guitars. 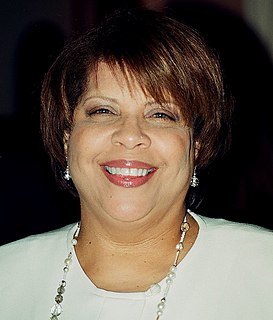 Patti Austin is an American R&B, pop, and jazz singer and songwriter. 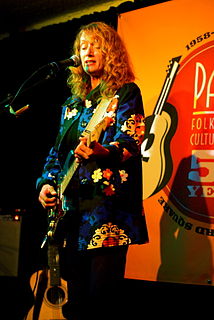 Patty Larkin is an American singer-songwriter and guitarist based in Boston, Massachusetts. She is a founding member of Four Bitchin' Babes. Her music has been described as folk-urban pop music.

"My Romance" is a popular jazz song, with music by Richard Rodgers and lyrics by Lorenz Hart, written for Billy Rose's musical, Jumbo (1935). Gloria Grafton and Donald Novis introduced the song in that musical.

Joy of Cooking was an American music ensemble formed in 1967, in Berkeley, California. Identified with the hippie culture, the band's music melded rock & roll with folk, blues, and jazz. The band released three studio albums on Capitol Records in the early 1970s as well as a minor hit single in 1971, "Brownsville". Led by guitarist Terry Garthwaite and pianist Toni Brown, who shared lead vocals, Joy of Cooking was an unusual example of a rock band fronted by women.

Rick Vandivier is an American jazz guitarist. He the leader of the group Vandivier and the co-founder and lead guitarist of Primary Colors, a group that includes vocalist Nate Pruitt.

Leo Nocentelli is an American musician and songwriter best known as a founding member and lead guitarist of the funk band The Meters. He wrote the original versions of several funk classics such as "Cissy Strut" and "Hey Pocky A-Way". As a session musician he has recorded with a variety of notable artists such as Dr. John, Robert Palmer and Etta James. He is the recipient of a Grammy Lifetime Achievement Award as a member of The Meters.

David "Buck" Wheat was an American folk and jazz musician, songwriter and recording artist. The Texas-born Wheat was a guitarist and bass player with the dance bands of the era, playing at the Chicago Playboy Jazz Festival 1959 in The Playboy Jazz All Stars and the Chet Baker Trio. In the winter of 1957 he was a jazz guitarist with Baker's Trio. Though most of Baker's material was recorded in Los Angeles, "Embraceable You", "There's a Lull in My Life" and "My Funny Valentine" are rare examples of Baker recording in New York. The format is also unusual for him, just Baker's vocals accompanied by only Wheat on nylon string acoustic guitar and bassist Russ Savakus.

Jazz guitarists are guitarists who play jazz using an approach to chords, melodies, and improvised solo lines which is called jazz guitar playing. The guitar has fulfilled the roles of accompanist and soloist in small and large ensembles and also as an unaccompanied solo instrument. 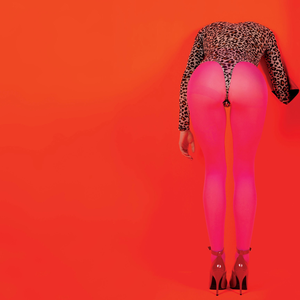 Masseduction is the fifth studio album by American musician St. Vincent, released on October 13, 2017, through Loma Vista Recordings. The album peaked at number 10 on the Billboard 200, becoming her first top ten album in the United States. The album also received universal acclaim and was the fourth-most mentioned in critics' year-end lists for 2017. At the 61st Annual Grammy Awards, Masseduction won the award for Best Recording Package and Best Rock Song for its title track, and was also nominated for the Best Alternative Music Album.

"Los Ageless" is a song by the American musician St. Vincent. It was released on September 6, 2017, through Loma Vista as the second single from her fifth studio album, Masseduction.