USS Illusive may refer to:

USS Illusive (AM-448/MSO-448) was an Agile-class minesweeper acquired by the U.S. Navy for the task of removing mines that had been placed in the water to prevent the safe passage of ships.

Christopher Pike is a character in the Star Trek science fiction franchise. He was portrayed by Jeffrey Hunter in the original Star Trek pilot episode, "The Cage", as captain of the USS Enterprise. When this pilot was rejected, Hunter withdrew from the series, and Pike was replaced with Captain James T. Kirk. The subsequent Star Trek episode "The Menagerie" combines footage from "The Cage" with a new framing story, featuring Sean Kenney as a scarred, disabled, older Pike. Bruce Greenwood portrays a version of Pike in the films Star Trek (2009) and Star Trek Into Darkness (2013), which takes place in an alternative timeline. The second season of Star Trek: Discovery, which is set prior to "The Menagerie", has Pike assume temporary command of the USS Discovery.

The Aggressive-class minesweepers are a class of US-built minesweepers. They are designated as MSO, distinguishing them from the smaller coastal MSCs and inshore MSIs. Besides the US Navy, this class of vessels has also been used by the Belgian Navy and the Norwegian Navy, among others. 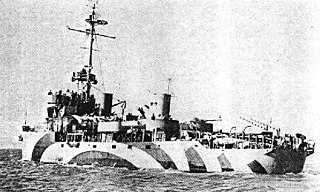 The second USS Ardent (AM-340) was a Auk-class minesweeper in the United States Navy.

Illusive is the adjective form of illusory.