USS Muskegon may refer to:

USS Muskegon (PF-24), a Tacoma-class frigate, was the first ship of the United States Navy to be named for Muskegon, a city on Michigan's west coast.

Muskegon (YTB‑763), was a United States Navy Natick-class large harbor tug. She is the second ship to be named for Muskegon, Michigan. 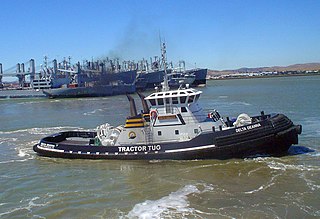 A tugboat is a type of vessel that maneuvers other vessels by pushing or pulling them either by direct contact or by means of a tow line. Tugs typically move vessels that either are restricted in their ability to maneuver on their own, such as ships in a crowded harbor or a narrow canal, or those that cannot move by themselves, such as barges, disabled ships, log rafts, or oil platforms. Tugboats are powerful for their size and strongly built, and some are ocean-going. Some tugboats serve as icebreakers or salvage boats. Early tugboats had steam engines, but today most have diesel engines. Many tugboats have firefighting monitors, allowing them to assist in firefighting, especially in harbors.

Muskegon is a city in the U.S. state of Michigan, and is the largest populated city on the eastern shores of Lake Michigan. At the 2010 census the city population was 38,401. The city is the county seat of Muskegon County. It is at the southwest corner of Muskegon Township, but is administratively autonomous.

Two submarines of the United States Navy have been named USS Silversides, for the silversides, a small fish marked with a silvery stripe along each side of its body. 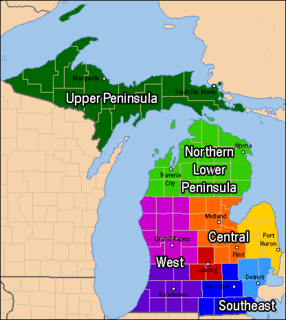 West Michigan and Western Michigan are terms for an arbitrary region in the U.S. state of Michigan's Lower Peninsula. Most narrowly it refers to the Grand Rapids-Muskegon-Holland area, or more broadly to most of the region along the Lake Michigan shoreline of the Lower Peninsula, but there is no official definition for it.

Wood is a natural material produced by the growth of plants, mainly trees and shrubs.

Muskegon Community College (MCC) is a public community college in Muskegon, Michigan. The college offers 41 associate degree programs and 48 certificate programs. The college's main campus is located on a 111-acre campus in Muskegon, with extension centers in Ottawa and Newaygo counties. 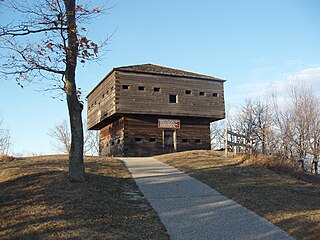 The Muskegon Chronicle is a daily newspaper in Muskegon, Michigan, owned by Booth newspapers. In May 2007, the paper celebrated 150 years.

Duck Lake State Park is a public recreation area covering 728 acres (295 ha) along Lake Michigan five miles (8.0 km) southwest of Whitehall in Muskegon County, Michigan. The state park, which runs along the north side of Duck Lake to Lake Michigan, features a large sand dune. The park's Scenic Drive is part of the Shoreline Trail route in Muskegon County.

USS LST 393 is an LST-1-class tank landing ship built for the United States Navy during World War II. She is one of only two LSTs to survive in original configuration; 1,051 were built. She is now a museum ship in Muskegon, Michigan.

The second USS Crockett (PGM-88/PG-88) was a Asheville-class gunboat in the United States Navy during the Vietnam War.

The Muskegon Belles were a women's professional baseball team that played in the All-American Girls Professional Baseball League during the 1953 season.