Uliana Paletskaya (died 1569), was a Princess of Russia by marriage to Yuri of Uglich.

She was the daughter of Dmitry Paletsky. She married Yuri in 1547. They had a son. She was forced to become a nun when she was widowed, by her brother-in-law the czar. In 1569, she was drowned by order of the tsar.

Yuri, also known by the wasei-eigo construction girls' love, is a genre of Japanese media focusing on intimate relationships between female characters. While lesbianism is a commonly associated theme, the genre is inclusive of works depicting emotional and spiritual relationships between women that are not necessarily romantic or sexual in nature. Yuri is most commonly associated with anime and manga, though the term has also been used to describe video games, light novels, and literature. 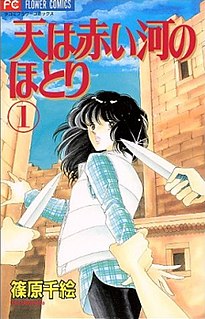 Red River, also known as Anatolia Story, is a Japanese shōjo manga series by Chie Shinohara. It is published in Japan by Shogakukan in Sho-Comi and collected in 28 volumes. It is published in English in North America by Viz Media, with 25 volumes released as of April 2009 and the remaining 3 published thereafter. In 2000, the series won the Shogakukan Manga Award for shōjo.

Yuri Sakazaki is a fictional character from SNK's Art of Fighting series of fighting games. She first appears in the original Art of Fighting being kidnapped by Mr. Big, a criminal from the city of South Town. The players, Yuri's brother Ryo and his friend Robert Garcia spend the game searching for her. In the sequel, Yuri appears for the first time as a playable character, having been trained by her father Takuma in the art of the Kyokugen Karate. Yuri has also starred in the anime adaptation from Art of Fighting, in which she reprises her role from the first game. 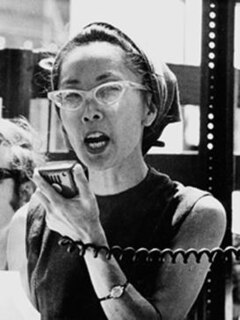 Yuri Kochiyama was an American civil rights activist. Influenced by her Japanese-American family's internment, her association with Malcolm X, and her Maoist beliefs, she advocated for many causes, including black separatism, the anti-war movement, reparations for Japanese-American internees, and the rights of people imprisoned by the U.S. government for violent offenses whom she considered to be political prisoners. 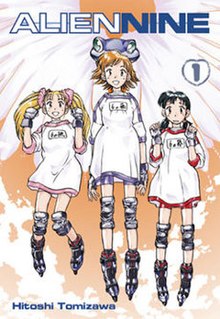 Alien Nine is a Japanese manga series by Hitoshi Tomizawa, which was later adapted into an original video animation (OVA) series by J.C.Staff. The manga was serialized in Akita Shoten's Young Champion magazine, spanning 3 volumes. In 2003, Tomizawa released a 1-volume sequel to the series called Alien 9 Emulators. In 2015, Tomizawa also released a sequel doujinshi to Alien 9 and Alien 9 Emulators called Alien 9 Next. Both the manga and anime are noted for their moe art style contrasting the realistic art style seen in most seinen series at the time and heavy violence despite the young main characters, Pokémon-like monster designs, and initial appearances of a slice-of-life-esque series. 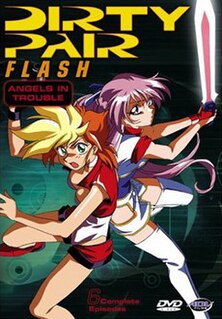 Dirty Pair Flash is an anime and manga franchise based on the light novel series by Haruka Takachiho.

Doctor Zhivago is a novel by Boris Pasternak, first published in 1957 in Italy. The novel is named after its protagonist, Yuri Zhivago, a physician and poet, and takes place between the Russian Revolution of 1905 and World War II.

Command & Conquer: Yuri's Revenge is an expansion pack to Command & Conquer: Red Alert 2 developed by Westwood Studios. The game was released in North America on October 10, 2001 by EA Games. The game is centered on a shadowy ex-Soviet figure named Yuri who has established a secret army of his own and poses a threat to the free will of the world.

Oster is a city located where the Oster River flows into the Desna, in Chernihiv Raion, Chernihiv Oblast of Ukraine. Oster hosts the administration of Oster urban hromada, one of the amalgamated hromadas of Ukraine. Its population is 5,727 (2020 est.) 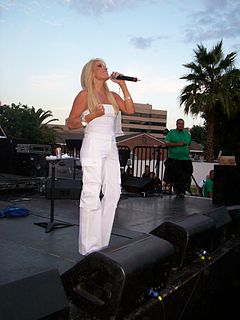 Yuridia Valenzuela Canseco, commonly known as Yuri, is a Mexican singer, actress and television host. Yuri began her career as a teenage singer in her native country. In 1978 she released her first album titled Tú Iluminas mi Vida. She gained recognition as a result of her participation in the Oti Festival in 1980. In the 1980s and early 1990s, Yuri established herself as one of the most popular pop music singers in Mexico and Latin America. Her vocal quality and versatility allow her to be incorporated into other musical genres, ranging from pop to dance, ranchera and tropical music genres. Thanks to her success and influence, she came to be considered the "Queen of Latin Pop".

Kwon Yu-ri, better known by her mononym Yuri, is a South Korean singer, actress and songwriter. She debuted as a member of girl group Girls' Generation in August 2007, which went on to become one of the best-selling artists in South Korea and one of South Korea's most popular girl groups worldwide. Apart from her group's activities, she has acted in several television dramas such as Fashion King (2012), Local Hero (2016), Gogh, The Starry Night (2016) and Innocent Defendant (2017). In 2013, she made her film debut in No Breathing. 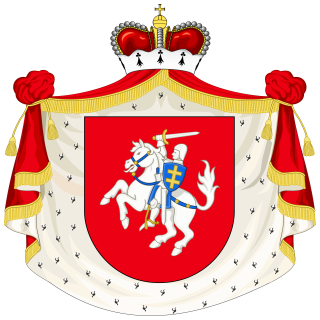 The Olelkovich family was a 15th–16th-century princely family from the Grand Duchy of Lithuania. Their main possession was the Duchy of Slutsk–Kapyl. They are sometimes known as Slutsky. They were descended from the Lithuanian Gediminids and Ruthenian Rurikids. According to the 1528 military census, the family was the fourth wealthiest magnate family in the Grand Duchy. However, its influence declined after the Union of Lublin (1569). The last member of the family was Sophia Olelkovich Radziwill (1585–1612), wife of Janusz Radziwiłł. She was elevated to sainthood in the Eastern Orthodox Church in 1983. As part of her marriage negotiations, she insisted on remaining a member of the Eastern Orthodox Church, despite her future husband's allegiance to Calvinism. She died in childbirth, as did the child. After her death, her considerable wealth and the Duchy of Slutsk passed to the Radziwiłł family.

YuruYuri is a Japanese manga series written and illustrated by Namori. The series began serialization in Ichijinsha's Comic Yuri Hime S magazine from June 12, 2008, before being moved over to Comic Yuri Hime in September 2010. An anime adaptation by Doga Kobo aired in Japan between July and September 2011, with a second season airing between July and September 2012. An original video animation by TYO Animations was released on February 18, 2015, followed by two TV specials which aired in August and September 2015. A third TV season by TYO Animations aired between October and December 2015. Another OVA by Lay-duce, announced to celebrate the manga's tenth anniversary, was released on November 13, 2019 and was televised on AT-X on February 23, 2020. A spin-off original net animation titled Miniyuri by DMM.futureworks and W-Toon Studio premiered on YouTube on September 25, 2019. A spin-off web manga, Ohmuroke, began release on Nico Nico Seiga in July 2012. 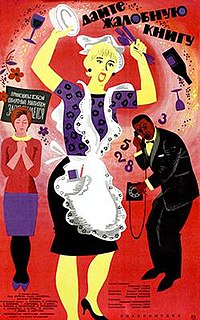 Give Me a Book of Complaints (Russian: Дайте жалобную книгу, romanized: Dayte zhalobnuyu knigu is a 1965 Soviet comedy film directed by Eldar Ryazanov.

Otherside Picnic is a Japanese yuri science fiction novel series written by Iori Miyazawa and illustrated by shirakaba. Inspired by the novel Roadside Picnic by Arkady and Boris Strugatsky, Hayakawa Publishing have released six volumes of the series since February 2017. A manga adaptation with art by Eita Mizuno has been serialized since February 2018 via Square Enix's shōnen manga magazine Monthly Shōnen Gangan, and has been collected in six tankōbon volumes. The novels are licensed in North America by J-Novel Club, and the manga is licensed by Square Enix. An anime television series adaptation by Liden Films and Felix Film aired from January to March 2021.

High-Rise Invasion is a Japanese manga series written by Tsuina Miura and illustrated by Takahiro Oba. The series was serialized online in DeNA's Manga Box app from December 2013 to March 2019, with Kodansha compiling it into twenty-one tankōbon volumes. The manga is licensed in North America by Seven Seas Entertainment. A sequel manga titled High-Rise Invasion Arrive began serialization in Kodansha's Magazine Pocket website and app in July 2019, with six tankōbon volumes released so far. An original net animation (ONA) anime series adaptation by Zero-G streamed worldwide on Netflix in February 2021.