Underground, a thriller written by Michael Sloane (sometimes spelt Sloan) [1] and produced at the Royal Alexandra Theatre, Toronto and following a UK tour, at the Prince of Wales Theatre, London, opening on 4 July 1983. It was directed by Simon Williams. [2] [3]

Michael Sloane is an American screenwriter, known for writing the 2001 drama film The Majestic directed by his Hollywood High School friend Frank Darabont, and starring Jim Carrey. He has also been an actor.

The Royal Alexandra Theatre, commonly known as the Royal Alex, is a theatre in Toronto, Ontario, located near King and Simcoe Streets. Built in 1907, the 1,497-seat Royal Alex is the oldest continuously operating legitimate theatre in North America.

Described by the script publisher as follows:

A tense and claustrophobic thriller emerges when twelve people become trapped in a London Underground train carriage. The fear of being trapped underground with very little air and apparently no rescue service underway becomes very real as we witness the initial panic and fear experienced by the passengers. As the temperature rises and tempers fray, an electrical shortage on the train shrouds a brutal murder and when the lights eventually come up we are faced with a new and more chilling revelation - there is a murderer aboard and nowhere to run. [4]

Raymond William Stacy Burr was a Canadian American actor, primarily known for his title roles in the television dramas Perry Mason and Ironside. He was prominently involved in multiple charitable endeavors, such as working on behalf of the United Service Organizations. 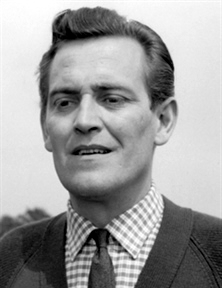 Le Théâtre du Grand-Guignol – known as the Grand Guignol – was a theatre in the Pigalle neighborhood of Paris. From its opening in 1897 until its closing in 1962, it specialised in naturalistic horror shows. Its name is often used as a general term for graphic, amoral horror entertainment, a genre popular from Elizabethan and Jacobean theatre, to today's splatter films. 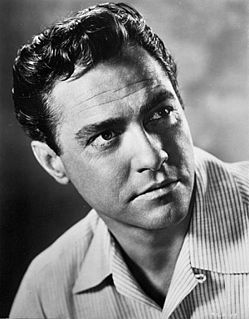 Media circus is a colloquial metaphor, or idiom, describing a news event for which the level of media coverage — measured by such factors as the number of reporters at the scene and the amount of material broadcast or published — is perceived to be excessive or out of proportion to the event being covered. Coverage that is sensationalistic can add to the perception the event is the subject of a media circus. The term is meant to critique the coverage of the event by comparing it to the spectacle and pageantry of a circus. Usage of the term in this sense became common in the 1970s. It can also be called a media feeding frenzy or just media frenzy, especially when they cover the media coverage. 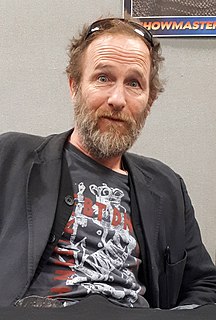 Paul Kaye is an English comedian and actor. Kaye is best known for his portrayals of Dennis Pennis, a shock interviewer on The Sunday Show, New Jersey lawyer Mike Strutter on MTV's Strutter, Thoros of Myr in HBO's Game of Thrones and Vincent the Fox on the BBC comedy Mongrels.

Bradley John Walsh is an English television presenter, actor, comedian, singer, and former professional footballer, known for his roles as Danny Baldwin in Coronation Street, DS Ronnie Brooks in Law & Order: UK, and Graham O'Brien in Doctor Who, as well as hosting ITV game shows The Chase and Cash Trapped.

Nancy Anne Allen is an American actress and anti-cancer activist best known for her roles in the films Carrie (1976), RoboCop (1987), and Dressed to Kill (1980), the last of which earned her a Golden Globe nomination. 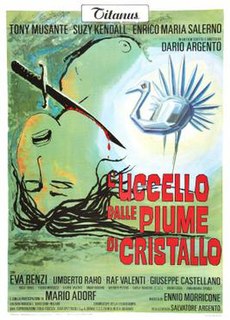 The Bird with the Crystal Plumage is a 1970 giallo film directed by Dario Argento, in his directorial debut. The film is considered a landmark in the Italian giallo genre. It is the first installment in the Animal Trilogy, and was followed by The Cat o' Nine Tails (1971) and Four Flies on Grey Velvet (1972).

Ronald Henry Pember is a retired English actor, stage director and dramatist. With a prolific career stretching over thirty years, he established himself as a recognizable character actor in British television productions in the 1970s-1980s, usually in bit-parts, or as a support playing a worldly-wise everyman. 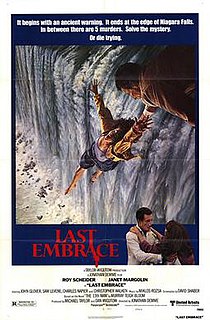 Last Embrace is a 1979 thriller film directed by Jonathan Demme. Based on the novel The 13th Man by Murray Teigh Bloom, it stars Roy Scheider, Janet Margolin and Christopher Walken, telling the story of a woman who takes the role similar to the biblical avenger Goel and killing the descendants of the Zwi Migdal, who enslaved her grandmother.

Guy Burnet is an English film, television and theatre actor. In recent years Burnet also completed a number of roles in feature films and on the New York stage as well as small writing roles. As of 2019 he has a recurring role on the television series Counterpart, Ray Donovan, The Affair and the lead role on the Amazon Studios series The Feed.

Stephen Beckett is an English actor, known for portraying Dr Matt Ramsden in Coronation Street and Mike Jarvis in The Bill. 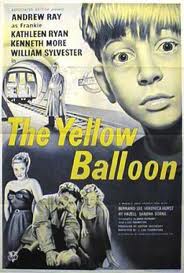 Way To Heaven is a 2004 play by the award-winning Spanish playwright Juan Mayorga. 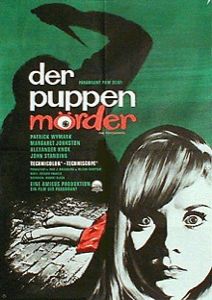 The Psychopath is a 1966 British Technicolor horror film directed by Freddie Francis and written by Robert Bloch in Techniscope. It stars Patrick Wymark and Margaret Johnston and was an Amicus production.

John Llewellyn Moxey, sometimes credited as John L. Moxey or John Moxey, is an Argentinian-born British film and television director. He is known for directing the horror film The City of the Dead and directing episodes of The Saint, Magnum, P.I. and Murder, She Wrote. 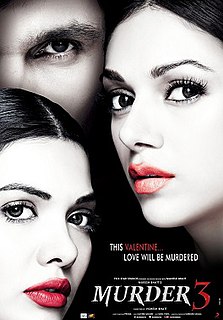 Murder 3 is an Indian psychological thriller film. It is the third installment in the Murder film series and sequel to the 2011 film, Murder 2. Directed by Vishesh Bhatt and produced by Mukesh Bhatt from Vishesh Films. This is the third installment in the series and unlike its predecessors, this edition is an official remake - of the Colombian thriller The Hidden Face. Murder 3 was released on 15 February 2013 to mixed reviews. The film performed moderately well at the box office.